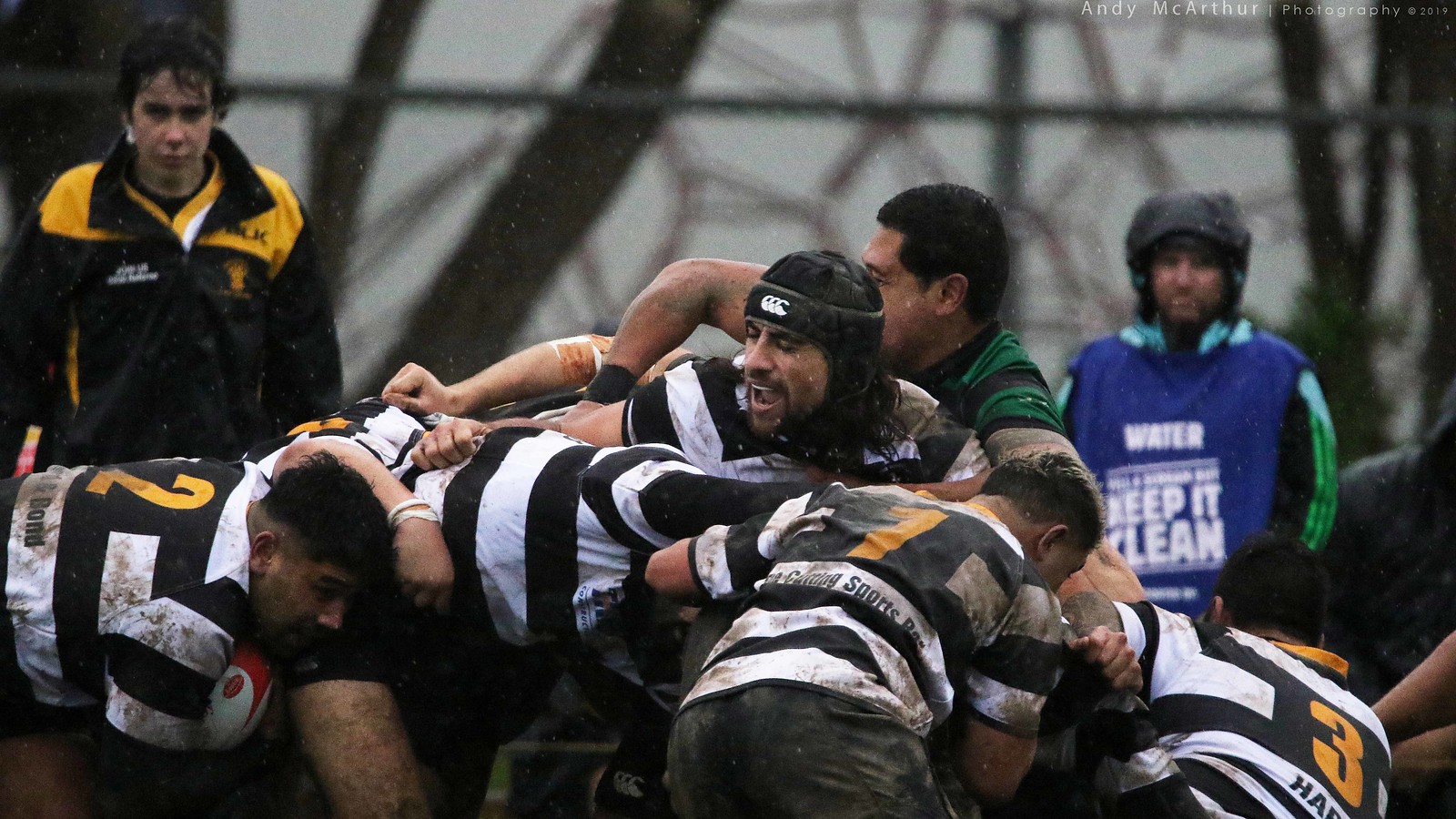 Above: Winter 2019 flashback. When Wainuiomata beat Oriental-Rongotai 21-12 in the opening round of the Jubilee Cup. Full gallery of this game HERE

Update: Website server issues. Apologies for our website being down sporadically on Monday morning – this is a server issue and out of our control.

A quiet weekend for rugby in the Wellington region, with the annual Weepu 7s tournament deferred to 7 December.

There are two weekends of rugby to come before the door shuts on the 2019 year of rugby.

The Manawatu Rugby Union is hoping to get a new U85kg competition off the ground in 2020.

In an article HERE “The union this week confirmed the format for next year’s club rugby competitions and there will be an under-85 kilogram grade pending enough entries from clubs.

“The grade is opened for teams from Horowhenua Kāpiti and Whanganui to enter.

“The structure of the competition will be confirmed based on the number of teams, but its final will be played alongside the rest of the club rugby grades: senior two, senior three and colts.”

Fifteen of the 23 named are set to make their international debuts.

They then play Australia A on Thursday and Papua New Guinea (who’s rugby league team beat England this past weekend) next Tuesday.

Getting back to what I know. Been a long journey ? #loading

In one international fixture this past weekend, Fiji beat the Barbarians 33-31 in a thriller. Read more HERE

Although the season hasn’t arrived yet, the summer sports season is in full swing throughout the Wellington region as rugby takes a back seat for a short while.

Last week Thamsyn Newton was tearing up Onopoto Park for the new Wellington club sevens champions Old Boys University Impalas Women’s side, this weekend she was back playing cricket. On Saturday at the Basin Reserve she struck an unbeaten watchful 52 off 92 nuts in the middle order as the Wellington Blaze posted 208 for 5 against Auckland who replied with 142 all out with Newtown taking 2 for 15 off three overs.

On the subject of recent rugby players dominating other sports, look no further than Sophie Devine, who played several rugby matches on the wing this year for the Petone Ponies. She is currently with the Adelaide Strikers in the Australian Women’s Big Bash Twenty20 league.

As the report on Cricinfo said:

Sophie Devine continued her stunning all-round form to ensure Adelaide Strikers remain top of the WBBL table after thumping the struggling Melbourne Stars in Nuriootpa on Saturday. Devine thumped her fourth consecutive half-century and her fifth of the tournament, making 77 not out from 58 balls as the Strikers posted 2 for 153. Devine struck five fours and three sixes in her innings and got great support from in-form batter Bridget Patterson, who made 41 not out. The New Zealand allrounder then took 3 for 13 from three overs as the Stars failed to reach three figures in the chase

A common occurrence in the past, who are the other rugby players playing summer club cricket, softball, golf, athletics etc? Let us know…selecting a Club Rugby Summer Sports Code XV is in the wind!

Results of the 2019 National Sport Club Survey (NSCS), recently undertaken by the New Zealand Amateur Sport Association (NZASA) and Auckland University of Technology’s Sport Performance Research Institute of New Zealand (SPRINZ), reveal that many people deeply involved in amateur sport are not assured of a positive future. A lack of support and resources were identified as pressing issues.

Association Chairman, Gordon Noble-Campbell says the need for sport clubs to innovate is becoming urgent, although there are tantalising glimpses of where innovation could have the greatest positive impact for clubs.

Important insights related to membership, governance, and sponsorship have also emerged. The survey revealed that clubs of over 200 members are getting larger and clubs of less than 100 members are getting smaller. This shifting landscape makes it imperative for national sport organisations of all codes to assess how their clubs of various sizes are doing and the optimal size of clubs for the future.

Many clubs reported that finding new people willing to serve in governance roles was a challenge. While it is clear from the data that enthusiastic, long-serving volunteers are the life-blood of many of the country’s sport clubs, new people and ideas are vital to protect against stagnation. Results suggest that the optimal tenure for board/committee members in a sport club is no more than 5 years. Many clubs report having people in leadership roles for much longer.

At 43%, there are more women involved in club governance than at higher levels within the sector, but in some of New Zealand’s most visible sports (such as Cricket and Rugby Union), there are very few women involved. Just 9% of those volunteering as board or committee members at a sport club are less than 30 years old, which is a missed opportunity to tune into the next generation of sport
club members.

With a majority of sport clubs losing money (or merely breaking even) and the future of grant/ trust funding uncertain, it is important to better understand commercial sponsorship as a viable alternative. Clubs across codes that are successful in generating sponsorship revenue tend to have a dedicated person or sub-committee as opposed to assigning the job to a single board member with another portfolio. Results also show that substantial club sponsorships are centered on the country’s most visible sports.For those at clubs with no sponsorship support there are lingering doubts about whether it’s important or even possible for community sport clubs to generate sponsorship revenue. There is a role for national and regional bodies to inform and upskill club leaders across all codes on how to be more “commercially savvy.”

775 sport clubs representative of about 150,000 members and across all of New Zealand’s 16 regions participated in the 2019 NSCS. New Zealand’s most popular sports including bowls, cricket, football, hockey, netball and rugby were the best represented among more than 70 sports in total. Forums will take place in Wellington (18 November) and Auckland (20 November) to further discuss the survey results and implications. Contact office@asa.org.nz for more information on the upcoming Forums.

Leaders influence others, first by who they are and then by what they do. – It is with great pleasure that we announce our Premier Head Coaches for 2020. Joey Fiu (@joeyfazza) and Mark Reddish (@markred45) will be in charge of guiding our family in our 2020 Quest for Success. – Our 2020 Journey will begin tomorrow (Tuesday November 19) at 6pm, with Rip/Flag at Rongotai College followed by a BBQ. It will also be an opportunity for us to meet and hear from our coaches as well as a chance to mix and mingle with past, present and future family members. – Look forward to seeing you all tomorrow. – OTIDE! Where the “O”rdinary player is made Extra”O”rdinary. – #SmallClubBIGFAMILY #OnceAnOrieAlwaysAnOrie #MoreThanArugbyClub #TakeTheOwhereEverYouGo