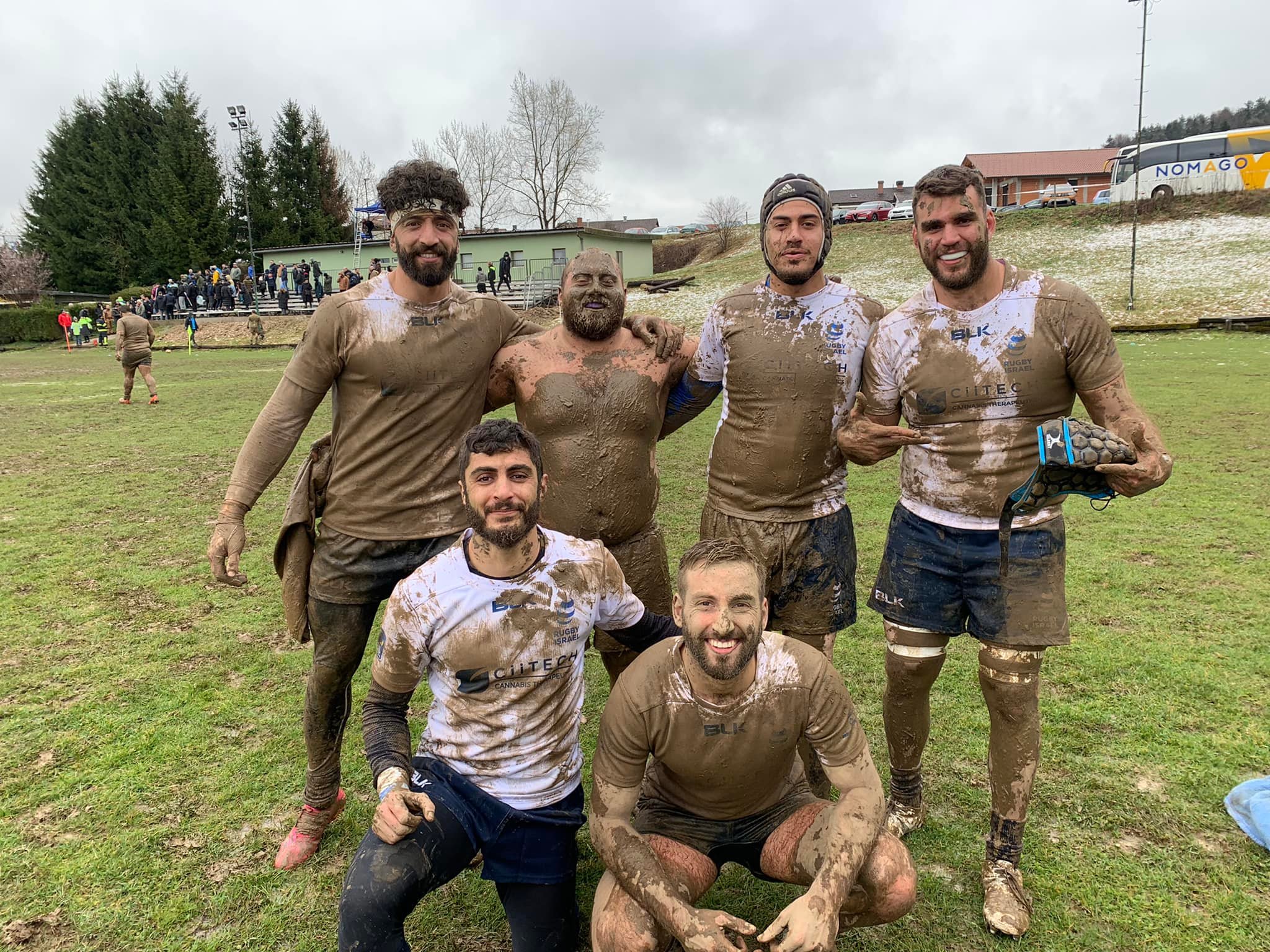 Evening updates: Round one done and dusted – see results and standings HERE

Some generally tight scoring in round one on Saturday, in fact one of the lowest scoring opening rounds in some years, especially given the lovely conditions. Scoring-wise, just 38 tries were scored across the seven matches. This can be attributed in large part to the round one draw that pitted similar teams to how they finished last year against each other and also because of such a disjointed pre-season because of Covid and several sides going into Saturday undercooked.

Plus we counted 45 guys making their Wellington Premier rugby debuts on Saturday, out of about 300 that took the field (give or take reserves that came/didn’t come on).

Paremata-Plimmerton are Pharaohs of Round One of the Swindale Shield. Their 43-18 victory over Avalon sees them at the top of the table for the first time ever. The win snapped a 20-game losing streak in which they lost by an average of 47-12. The Hammerheads leaked 934 points during their losing run.

Last year Paremata-Plimmerton scored four tries in a match only once, accounting for their sole competition point. They got that out of the way early this year in hitting Avalon for six, marking the first time they’ve achieved that in a Swindale Shield match and doing so for only the second time in Premier match.

Poneke have won eight games in a row, the longest active winning streak of Premier clubs.

With just one of the four Women’s club rugby contests going ahead, the MSP vs Norths match was able to provide several competition ‘firsts’ in Wellington club rugby under the current trials laws. There was the first “50/22”, kicked by MSP’s Thamsyn Newton (yes, you read that right too), the first goal-line dropout, and the first reset uncontested scrum.

Congratulations to Hemi Fermanis for playing his 100th match for Tawa on Saturday against Marist St Pat’s.

All three have been longstanding Delegates of their Clubs, have sat on various subcommittees, and have been involved as Liaison Officers for visiting teams at NPC, Super Rugby, and international levels (including the former Wellington International Sevens tournament).

“These three gentlemen are volunteers in the truest sense. They have provided over 20 plus years’ service each and along the way given up countless evenings and weekends for the betterment of their Clubs, and Wellington Rugby” Wellington Rugby Chairman Russell Poole said.

All three won’t be “hanging up the boots anytime soon”. Mike Dilnott now resides in Thames but provides support to their local rugby referees association, Gary Gosper continues to serve on the Rugby Board and Club Rugby Subcommittee, and Kevin Pulley continues as a liaison officer.

Julian Savea equaled Christian Cullen’s Hurricanes record of 56 tries when he scored late against the Chiefs.

Brother Ardie led from the front again in a close loss, and also scored a try:

Round one of the Horowhenua-Kapiti Ramsbottom Cup this Saturday.

The draw is a 10-round competition, ahead of semi-finals on 16 July and the final on 23 July, with four weekends off in between (public holiday weekends).

The start of the Wairarapa-Bush club competitions has been delayed by three weeks, the season has been shortened, and two catch-up weekends have been included because of the potential impact of covid-19. Kick-off is on 23 April.

Shameful scheduling by the Hurricanes this coming Saturday – choosing to kick off against the Crusaders at 4.35pm and setting up a direct clash with club rugby.

Going out of their way to antagonise the local rugby community and drive them away from their games.

Update on this one. Swindale Shield matches this coming Saturday have been re-scheduled for the early kick-off times of 2.oopm.

Meanwhile, as reported by the WRFU after last week’s union AGM: Financially WRFU recorded an operating loss of $499K which was further eroded by its share of the Hurricanes, who had an equally challenging year in 2021. The Union’s total loss amounted to $833K.

Match winning try at the death for MSP over Tawa on Saturday:

It might be a touch harsh to magnify two errors but Du Plessis Kirifi made a crucial knock on and then conceded the last penalty (not his first at the breakdown) in the Hurricanes 29-30 defeat to the Chiefs. A mighty competitor, Kirifi doesn’t appear to be the same player that was in the 2020 All Blacks for the Rugby Championship.

Only three Wellington Pride players were picked in the 46-strong Black Ferns training squad in April.

Video refereeing consistency. In the Crusaders v Highlanders game the television match official intervened to make a call about a ball going over the sideline near halfway in the first-half yet it wasn’t employed to check a disallowed try to Sevu Reece in the last quarter when the score was 17-14.  Crusaders reserve lock Zach Gallagher was marginally offside but why check things that have no material consequence on the games opposed to those that do?

Why does Aaron Smith no longer run the ball? He looks like he’s on autopilot especially when compared to the form of Antoine Dupont. Folau Fakatava by contrast ran a mile for the Highlanders and still had to do the warm down.

Shannon Frizell was immense in the Highlanders v Crusaders match while Sevu Reece was one of the most effective breakdown exponents, the winger winning two late turnovers.

Crusaders tighthead prop Fletcher Newell was most valuable player at the 2019 National Under-19 tournament and showed his real potential in the Crusaders 17-14 win against the Highlanders. He scored a try and did an absolute number on the experienced Daniel Lienert-Brown who has played 93 Super Rugby matches.

Kurt Eklund became the first Blues hooker to score three tries in a match in their 46-16 win over Moana Pasifika. He fell over the line after mauls each time. Joeli Vidiri, Doug Howlett, Mils Muliaina and Reiko Ioane have all scored four tries in a match for the Blues. Remarkably Eklund has scored 12 tries in 29 games which is a better strike rate than wings Mark Telea (12/30) and Caleb Clarke (12/32). A dozen tries is also a record for a Blues hooker passing Kevin Mealamu who took 164 games to score 11 tries.

Lock Sam Darry and fullback Zarn Sullivan have been in eye-catching form for the Blues. Darry a precise workhorse in the tight and Sullivan a big left-boot with an eagerness to inject himself form fullback.

The Brumbies were beaten by the Reds 21-7 which means there are no unbeaten teams in Super Rugby. It was a dour spectacle ruined by poor handling and foul play.

The Northland women’s senior competition has been renamed the Rana Paraha Trophy. Affectionately known as ‘Aunty Rana,’ Paraha has served the women’s game in Northland since its beginnings in the early 90s. She is affiliated with the Hora Hora club that celebrates its centenary this year. There are five teams in the 2021 Rana Paraha Trophy, although there were supposed to be seven. Worryingly, Hora Hora is the only club based in Whangarei (‘the city’) itself. Hora Hora women started their season with a 78-5 thrashing of Hokianga. Northland and New Zealand Development openside flanker Lilly Murray-Wihongi was a standout and scored two tries as did New Zealand touch rep Tara Turner at first-five. Hokianga is coached by former Black Fern and twice New Zealand women’s player of the year Rawinia Everitt. Despite being 11 players down due to Covid they never stopped trying and Northland prop Hinewai Pomare crashed over for a popular try.

Fijiana Drua handed the NSW Waratahs their first ever Super W loss on the Gold Coast on Friday night. The Drua – Fiji’s national women’s team in disguise – prevailed 29-10 and played some dazzling rugby in the highly anticipated clash between the competition’s unbeaten sides. The Waratahs had not lost a Super W match since its inception in 2018, that’s a 21 game streak.

At the Women’s World Cup Cricket final in Christchurch, Australia scored 356-5 and beat England (285) by 71 runs. It was the highest scoring World Cup final (male or female) ever. Alyssa Healy scored 170 for Australia and Nat Sciver 148 not out for England, the two highest individual scores in any World Cup final. Australia have won 38 of their last 39 one days games and since 2018 have won two 20/20 World Cups. In the last four years Australia has won 74 of 83 internationals. They have lifted the bar for the whole sport, especially their innovative and aggressive batting and sharpness in the field. Let’s hope the Rugby Women’s World Cup sees a similar evolution. Have England and France risen the bar beyond the Black Ferns reach or will fifteens match the brilliance of the sevens?