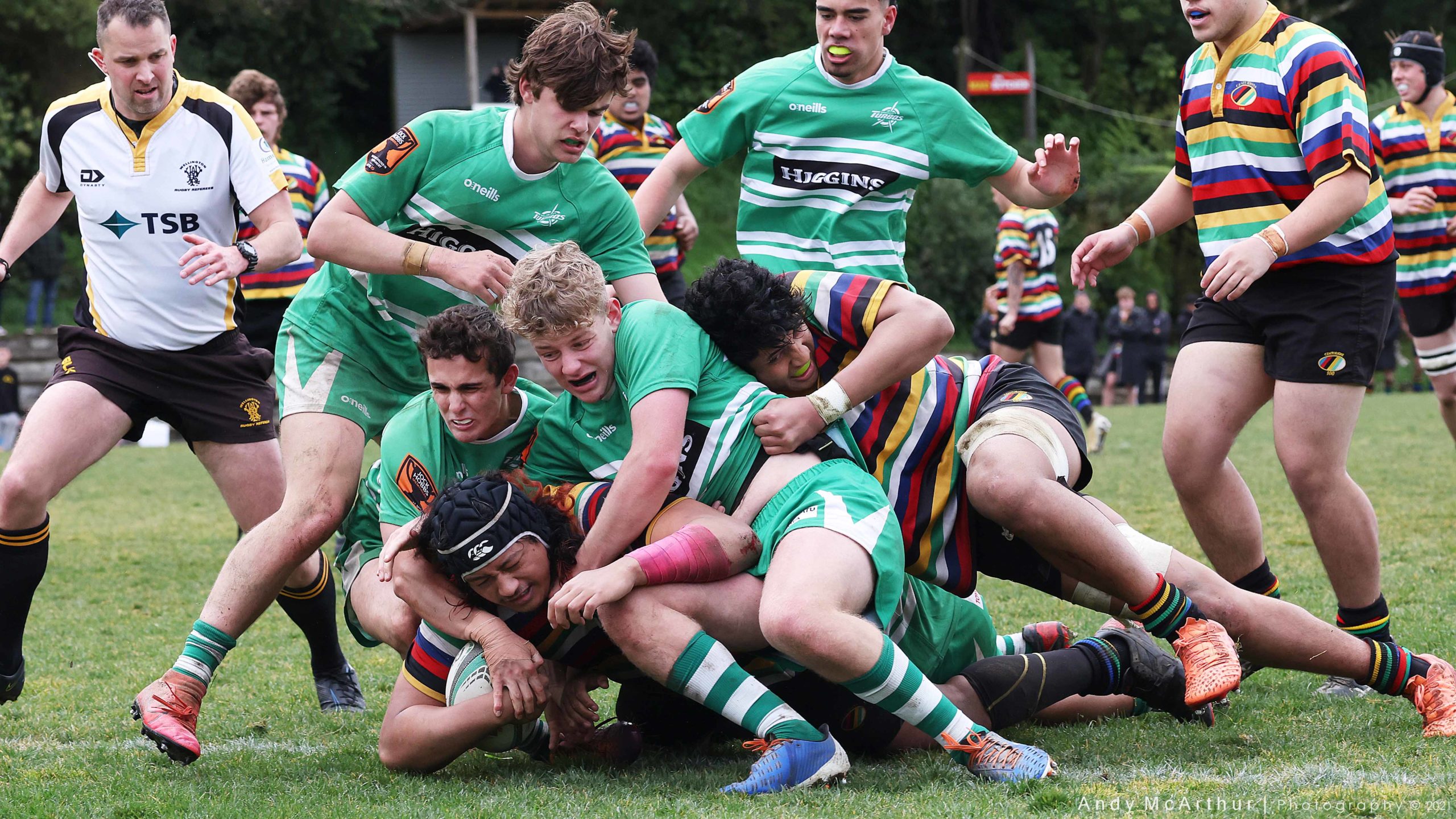 The two Wellington Centurions RFC teams in action on Sunday won their games.

The Wellington Centurions Development side returned from their month off with a 73-17 win over Tasman B in Blenheim.

The Centurions U18s side battled hard in beating the Manawatu U18s 24-7 at Lyndhurst Park in at times treacherous conditions – video highlights of this match below.

The resident ducks scattered and the match started with a Manawatu error from the opening kick-off. The Centurions packed down a scrum and immediately ran in a try through left wing Josh Williams, who latched on to a pass by midfielder and Wellington College teammate Tofuka Paongo to score the first try.

A torrential downpour of rain then struck the ground, but cleared several minutes later in which time the Centurions were held up over the line and then scored their second try to Wellington College centre Johnny Maiava from the ensuing 5-metre scrum.

Their third try scored soon after was a beauty, with St Pat’s Town first five-eighth Cam Burgess putting in a stab kick behind the defensive line and second-five Paongo showing good skills to collect the bouncing ball and power through to the line to score on possibly his home ground next year. Fullback Jacob Waikari-Jones missed the conversion but at 17-0 up after about 20 minutes it was becoming one-way traffic.

The Manawatu side were without all eligible Palmerston North Boys’ High School and Feilding High School First XV players, so were a far from full strength side. From this point they regrouped well. Loosehead prop Malachi Hala-Ngatai, lock Barclay Cribb and No. 8 and captain Livai Stevenson all playing well. The Centurions were also without several players, notably St Pat’s Silverstream and Scots College players who are meeting

They went close to scoring at least twice, before finally scoring on the stroke of halftime, with prop Hala-Ngatai scoring after a series of forwards drives close to the line after a penalty and lineout. Centurions flanker Oliver Toru-Tyrell was also sinbinned in this play.

The halftime score was 17-7 to the Centurions.

The Centurions had the breeze in the second half and duly dominated territory and possession but failed to do much with it, on a slippery surface and against their increasingly confident opposition.

It wasn’t until the back end of the game they were able to score again, their bonus point try, after again being held up and scoring through lock Sione Valu from the resultant 5-metre scrum.

The results from the opening weekend of the Trustbank Cup Hurricanes Youth Council U18 competition were: