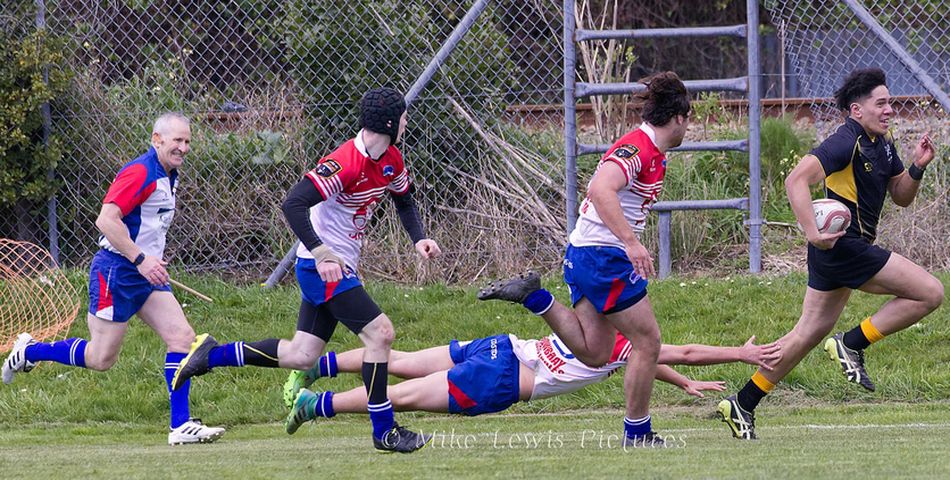 UPDATED: Further Covid-19 disruptions aside, community rugby gets busy over the next couple of weeks with lots of school and community representative rugby on in Wellington and the lower North Island.

The school finals continue this week, with a spotlight on girls finals rugby starting today in Palmerston North with Manukura playing Feilding High School in the Manawatu final and continuing on Wednesday at Porirua Park with St Mary’s and Wainuiomata High School meeting in the Wellington Premier 1 final and the St Mary’s and Aotea U15s girls playing the curtain-raiser.

The final of the Hurricanes Youth Council’s Life Members’ Cup is on Wednesday at Neutral Palmerston North between Mana College and St John’s College, Hastings.

Wellington school U65kg, U15 and Premier 2 finals on Saturday and the Premiership decider on Sunday and lots of U16, U18, U19 and senior representative rugby around the lower North Island this coming Saturday and Sunday too – check back this website later in the week for a preview with a confirmed fixtures list.

All rugby in Covid Level 2 is spectator free as well, so hoping for a drop in alert levels this week.

The All Blacks have won nine tests in a row and used 36 players in their last four outings.

Te Wehi Wright (Old Boys University) played for Ngāti Porou East Coast in their narrow 39-31 defeat to North Otago in the Heartland championship on Saturday. He lives and works in Wellington. A mighty commitment.

It took 711 matches before the Ranfurly Shield was decided in extra time. Tiaan Falcon with a 40-meter penalty on fulltime and then a success from just inside the 22 gave Hawke’s Bay a 36-33 win over Bay of Plenty.

Shades of Blair Furlong‘s dropped goal for Hawke’s Bay against Wellington in 1967 in yesterday’s classic Ranfurly Shield tussle between Hawke’s Bay and Bay of Plenty. In that 1967 match the game was drawn 12-12 with All Black Furlong’s kick ensured the Shield stayed in Napier.

Hawke’s Bay have 69 Ranfurly Shield wins. Only Auckland 158 and Canterbury 151 have more. The Magpies have passed Waikato’s 67 wins. Wellington has 50 wins.

The Wellington Pride played a resumption FPC warm-up game in Taihape against Waikato and shared a 25-25 draw absent of conversion attempts, and in a fixture featuring rollin subs. The Pride’s tries were scored by Fa’asua Makisi (2), Bernadette Robinson, Kolora Rosi Lomani and Sanita Levave.The Pride play Bay of Plenty on Saturday with a win securing them a place in the semi-finals.

Upper Hutt Rams’ Dave Rennie has coached Australia in 14 tests and with the 30-17 win against South Africa has achieved consecutive victories for the first time.

It seems that the U85kg National Knockout Cup is re-starting – with the Poneke U85kgs instagramming that they are playing Waikato’s Morrinsville up there on Saturday 2 October up there. Let’s go!

New Wellington Lions and Hurricanes lock Dominic Bird is heading to the Upper Hutt Rams in 2022, so could play some club rugby out of Maidstone Park next year.

The Farah Palmer Cup (FPC) will continue without Auckland, Counties-Manukau and North Harbour, who have collectively accepted they are unable to continue in the competition due to their inability to train or play under COVID-19 Alert Levels.

The final week of the regular season of the Bunnings Warehouse FPC Premiership and Championship will be completed with the remaining 10 teams, with the respective finals series to be played on the first two weekends October.

Congratulations to Nelson College for winning the Crusaders region First XV competition, coming from behind to beat Christ’s College 22-20 on Saturday. This was Nelson’s second win in three years, and anyone who saw them play Rongotai College back in April in pre-season could clearly see their 2021 credentials. They beat Rongotai by 70 points that day, but a good benchmark for Rongotai to mark against as they are a youthful team and many of their players were playing against quality opposition for the first time and they deservedly improved to finish fifth in Wellington this year. Nelson plays Otago Boys’ High School for the South Island First XV title this Saturday.

The WRFU has confirmed the following dates and venues for our 2021 Club Sevens programme in November 2021.

The club Sevens Programme will only proceed under Alert Level 1, with postponement dates to be confirmed if required, for February 2022.

To be played as a one-off on Saturday 6 November. This tournament will be open to college teams, club teams and hybrid teams e.g., Wainuiomata High School/Wainuiomata RFC.

What’s with these rugby league dab kicks inside the attacking 22?

Club rugby in the Bay of Plenty resumed on Saturday for finals after a month off. Congratulations to Tauranga Sports for winning the Baywide Premier competition, as below.

However, two further finals were called off on Friday night because of the “Locations of Interest” clause in Covid-19. A player found himself a ‘casual contact’ and the Premier 2 final between Rotoiti and Rangataua and the Premier 2 Development final between Rangataua and Marist St Michaels were both called off. Extremely disappointing for all those involved, but what can you do?

A post shared by Bay of Plenty Rugby Union (@boprugby)

The three New Zealand Schools teams were selected last week. For the second year in a row, these teams will see limited game time, with the previously scheduled international series headlined by the visit of their Australian counterparts at Porirua Park quietly canned several weeks ago.

Instead all three teams will assemble for a development week and play a game of three halves. The New Zealand Schools and New Zealand Barbarian Under 18s will play the curtain raiser to the Wellington Lions v Canterbury Harry Saundercock Trophy NPC match at Wellington Stadium on 8 October.

From a Wellington perspective, a rather thin selection representation, with just five current school players spread across the three teams, these being:

Additionally, Chicago Doyle (King’s College, Auckland) has been listed as a Wellington player, which presumably means that he is joining the WRFU Academy in 2022. Doyle is a fullback and has been in the King’s College First XV for a few years.

Chicago Doyle playing in the Top Four final in 2019. Aidan Morgan is on his left shoulder in the background. It will be anticipated as to which Wellington club he plays for in 2022.

With Covid-19 disruptions, former Wests Roosters No. 8 and New Zealand Rugby High Performance Pathways Manager Ben Fisher said that The Barbarian Under 18 criteria has changed in 2021 from a schoolboy’s team to Under 18, having the potential to capture players who may have missed out on representative opportunities during a fragmented season in 2020. Consequently, two further current Wellington players a year out of school have also made these squads. These are Old Boys University lock/flanker Dom Ropeti (NZ U18 Barbarians) and Wellington Axemen lock/flanker Rory Woods (NZ Māori U18s). Ropeti is out of Scots College in 2020 and Woods went to St Pat’s Town.

There were no player positions listed on the media release with these three teams, so a bit difficult to provide further analysis on many other players, who many will be unfamiliar with.

Similarly, the 47 player-list selected for the upcoming Hurricanes U18s camp was announced last week by the Hurricanes. Again, no positions listed beside the players names, but 14 schools represented from inside the Hurricanes region and two players selected from outside the region, Chicago Doyle (see above) and Isaiah Armstrong-Ravula from St Andrew’s College in Christchurch. See the players HERE

Congratulations to Marist St Pat’s forward Josh To’omaga, who made his debut off the bench for the Wellington Lions on Saturday against Taranaki.

The All Blacks are playing their 100th test against the Springboks this coming weekend…in hot and sunny Townsville in North Queensland. A far cry from their first in 1921 in wintry Dunedin, which was the Ginger Nicholls test, the Petone halfback getting the Man of the Match accolade in a 13-5 win before being promptly dropped for the second test. South Africa won the second test in Auckland 9-5 before the two teams fought out a 0-0 draw in Wellington in the third in torrential rain.

Another re-signing for the Hurricanes announced last week, with Pouri Rakete-Stones extending his contract with the franchise through to the end of 2022.  The 23-year-old is out of Napier Boys’ High School and has made 14 appearances for the side since his debut against the Stormers in Cape Town, South Africa in February 2020. He is a Māori All Black and is a key member of the current Hawke’s Bay Ranfurly Shield holding squad.

The NZR recently launched a range of Experimental Domestic Safety Law Variations (EDSLVs) to come into effect in school and club rugby next season.

Eight of the fifteen approved EDSLVs will be rolled out nationally across Small Blacks, Teenage Rugby and Senior Rugby; with the other seven being trialled in selected competitions, in consultation with Provincial Unions.

Find out more about the 2022 EDSLVs

Confusion on fulltime in the graphics department on Friday night, with conflicting final scores posted to the official NPC page (above) and the Canterbury page (below), which was quickly changed.  The final score was 20-19 to Canterbury, so the top one is correct. But in the age of instant communications these errors can happen, and this was promptly amended and re-posted.

Exciting updates about the Maidstone Sports Hub, although the trade off is some disruption into next year:

This Monday column is a collaborative one with up to several contributors. If you have news or information or something to contribute please email editor@clubrugby.co.nz