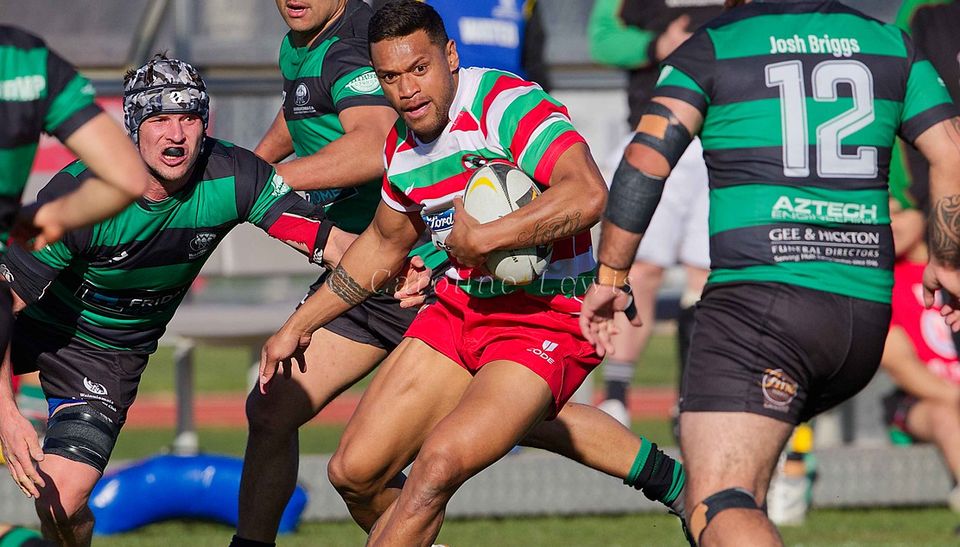 Above: Tomasi Alosio in action in club rugby this year – one of six players in the 26-man Moana Pasifika squad not aligned with a Super Rugby team.

The Inaugural Moana Pasifika squad has been named to play Māori All Blacks.

The colours of Pacific nations Fiji, Samoa and Tonga will come together under the first ever Moana Pasifika squad named by Head Coach Fa’alogo Tana Umaga to play an historic match against the Māori All Blacks on 5 December in Hamilton.

Below: Salesi Rayasi showing the sort of form that makes him the leading try-scorer in the NPC this year.

Fa’alogo Tana Umaga congratulated the players selected for the first ever Moana Pasifika side to take on one of New Zealand’s favourite teams.

“We’re really proud of the squad we have selected – it’s a great side. We were really spoilt for choice with selections, and as we have always known, players were really drawn to be part of this special team. We believe we have selected a squad that represents a great mix of players who identify with the great nations of Fiji, Samoa and Tonga.

“Many of the players are contracted Super Rugby players and all but one have proudly represented their provinces in Mitre 10 Cup in 2020. Although Wellington-raised Tomasi Alosio hasn’t played Mitre 10 Cup this year, he is an established anchor for Samoan rugby, having dedicated most of his career to Samoa sevens.

“We have nine players who have represented one of these three Pacific nations; seven have played at Rugby World Cup or World Cup Sevens tournaments. We are really grateful to have had great support from the coaching teams of the Manu Samoa and Ikale Tahi (Tonga) as they also see this as an opportunity to build Pasifika home nations rugby talent and capability first.

“For some players like Josh Ioane, this may be the only opportunity they will get to play for a team that acknowledges their Pacific heritage, in a one-off fixture like this, and we’re excited to have them in the mix.

“We know these players know how to play rugby, and under the Moana Pasifika banner we know they will represent their heritage with pride. This is a true Pasifika side with all of our players not only identifying as strongly with their Pasifika nation, but they also bring a special strength of tradition, culture and language from their families. I’m proud of this squad, and excited we can offer the opportunity for some of our players to connect with their culture and acknowledge their parents and families while for others they will continue their proud commitment to their Pasifika heritage.

“I’m looking forward to our Pasifika community turning out in force to do what they do so well, and fly their flags in loud and colourful support of our team against the Māori All Blacks in Hamilton on December 5,” he said.

“This is a special day. We are delighted to be able to celebrate bringing together a team of players who are proud of their Pasifika heritage and give them an opportunity to represent the other nations with which they identify.

“As Pasifika, we see this match as an event to honour Tangata Whenua our Tuakana-Teina relationship here in Aotearoa, celebrate our whānau and tamariki, their physical and mental health, and well-being through rugby.”

The team to play the Māori All Blacks will be named on Thursday 3 December.