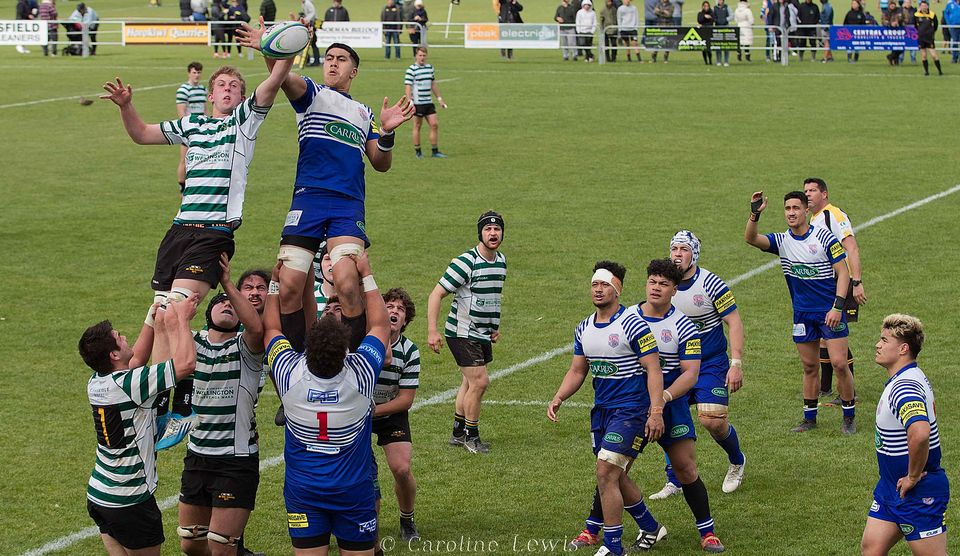 Salesi Rayasi continued his brilliant season for Auckland when he scored yet another try in the 23-18 win over Waikato in their Premiership semi-final on Saturday. He has now crossed the strip 14 times in 2020. The Auckland record is held by 1987 World Cup winning wing Terry Wright who scored 19 tries in 1984. In 1984 Auckland won the NPC and 21 out of 23 games in total, outscoring opponents 861-199, racking up 128 tries. Wright’s best effort in any match was the five tries he scored in a 53-3 win against Manawatu. Auckland’s only defeats that season were to Wellington 18-22 in the NPC and a 9-27 loss to Northland in pre-season which they flipped 44-0 in the NPC. Wright scored a try in that game.

Brilliant gesture by Auckland Rugby allowing spectators to attend the upcoming Premiership final against Tasman for free. The same thing happened in 2018 when Auckland rallied from a 0-17 deficit to beat Canterbury in extra time 40-33 in front of about 20,000 spectators. When is the last time Wellington Rugby made such a kind gesture to the fans for anything?

Auckland have won 10 NPC finals. Their only loss was to Canterbury 23-25 in Christchurch in 2015.

Tasman won promotion to the Premiership for the first time in 2013 after winning the championship final 26-25 against Hawke’s Bay. They have never missed a Premiership semi-final since. The Makos will contest their sixth Premiership final with their only success against Wellington (33-14)  last year. Their record since 2013 is 69 wins, 22 defeats and two draws.

Paul Allison, the voice of Otago rugby since 1993, delivered a typically outstanding call of the Otago v Northland semi-final. Full of facts, vivid description and excitement, Ellison is the benchmark for radio callers nationwide surely? Disappointingly, a lot of games have been called from a studio in Auckland this year. What is up with NZME!

Northland produced a stunning upset when they beat Otago 32-19 in the championship semi-final. Northland had lost semis in 2014, 2017 and 2018. The only final Northland has won in their history is the 1997 second division final when they smashed the Central Vikings (which included Hawke’s Bay) 63-10. That year Northland was coached by present Welsh head Wayne Pivac and captained by Richard Hilton-Jones. David Howell scored a record 283 points. Northland lost second division finals to Taranaki (18-22) in 1995 and Southland (6-12) in 1996.

Otago have been stuck in the championship since its inception in 2011. They have lost five semis and three finals.

Hawke’s Bay smashed Taranaki 59-23 in the Championship semi-final, but it’s not the biggest score in a semi-final. Hawke’s Bay beat Bay of Plenty 65-18 in the 1994 Division II semi. Remarkably, the Magpies went onto lose the final the following week to Southland (18-20). They had beaten Southland 43-10 earlier in the season.

Ash Dixon scored three tries for Hawke’s Bay against Taranaki but it was not the best effort by an individual in a semi. In 1996 Carlos Spencer scored five tries for Auckland in a 59-18 slaying of Otago. Perhaps the greatest semi-final performer was Joeli Vidiri for Counties who scored four in a 46-33 win against Canterbury in 1996 and three the following season in a 43-40 win against Waikato. In that game Counties scored three tries in the last five minutes to win it.

Hawke’s Bay have won the Championship, or second division equivalent, 10 times, which is more than any other Union. Their last success in a championship final was in 2015 when they beat Wellington 26-25 in Napier. Mason Emerson scored a dramatic try in the corner, converted by Ihaia West, to win the game for the Magpies.

The WRFU Community Awards were last week, winners were:

Shamus Hurley-Langton was named the Rookie of the Year in the Manawatu Turbos this season at the recent MRU awards. The Old Boys University flanker has re-signed with Manawatu in 2021, after joining the union from OBU and Wellington at the start of the NPC season.

In the Cyclones, Kaipo Olsen-Baker was named the Player of the Year – the No.8 being still at school in 2020 at Manukura.

Rebecca Mahoney joined Nicky Inwood as a former Black Ferns player to have refereed against her adopted country when she officiated the second match of the internal series against the New Zealand Barbarians. Inwood was a hooker in New Zealand’s first ever match in 1989 and attended the first World Cup in 1991. Inwood officiated her first test match between the USA and the Netherlands at the 2002 World Cup. A member of the national squad for over a decade she was the first woman to referee a test match at Twickenham in 2007. In 2010 Inwood controlled the World Cup semi-final between Australia and England and in 2014 was an assistant referee in the World Cup final, featuring England and Canada. Overall she officiated 32 tests, including four Black Ferns internationals. In 2008 she presided over the Australian series and in 2013 took charge of two of the three English tests. The Black Ferns won every time. She officiated the 2007, 2011 and 2012 NPC finals.  When she retired in 2014, Inwood had refereed 86 first class games, more than double the next best women.

It was two tries by Canterbury prop Pip Love that made the difference in the Black Ferns 19-17 win over the New Zealand Barbarians. Love’s only try previously was in a 45-17 thumping of Australia at Eden Park in 2018. Love reflected at the time,  “It was pretty cool to score a try in front of my family and they got a good photo of it too. In fact I nearly got two, but the ball was knocked out of my hands over the line.”

The Black Ferns will meet Australia in pool play at the 2021 World Cup. The draw was announced on Friday. Click here for more: https://www.rugbyworldcup.com/2021/news/604063/pools-confirmed-for-rugby-world-cup-2021

There are two All Black players to have evidently refereed against their adopted country. Eric Tindall achieved the feat twice against the 1950 British & Lions and again against Australia in 1955. Auckland’s Frank McMullen was capped 11 times at centre between 1957 and 1960. He controlled the 1973 All Blacks vs England test at Eden Park which the hosts lost 10-16 in a stunning upset. Kiwi Pat Murphy controlled 13 All Black tests from 1959 to 1969.

Australia and Argentina shared their first draw since a 19-19 tie in 1987 and also their first encounter without a try in 33 meetings dating back to 1979. Australia blew a 15-6 lead and had two tries denied in the scrappy encounter. Nicolas Sanchez has scored all of Argentina’s 40 points in the Rugby Championship. He has kicked 11 penalties.

The New Zealand Rugby Black Book deals with player judiciary cases. Section 9 of the 2019 version, from pages 70 to 75, deals with the typical penalties authorised for four plays in rugby. The only direct provision for a life ban is for Physical Abuse of a match official. However on Page 75 an escalator clause does exist. It says:

“Notwithstanding the sanctions in Section 9 and/or the provisions of this Rule,  in cases where the Player’s actions constitute mid-range or  top end offending for any type of offence which had the potential to result and, in fact,  did result in serious/gross consequences to the health of the victim, the Judicial Officer or Judicial Committee may impose any period of suspension including a suspension for life.”

In 2014 during a Gisborne Premier rugby fixture High School Old Boys halfback Sione Tamale was sent off for stamping on the head of Pirates lock Niko Brooking-Hodgson. Brooking-Hodgson’s ear was almost ripped off and he later required 70 stitches, many of these internal. Tamale was banned for 78 weeks and has since returned to the game without causing any trouble. In fact prior to his suspension he had been a previous winner of the Tiny While medal as the best all-round player in the opening round of Poverty Bay Premier Rugby. Ironically White an All Black from 1949-56 was forced to retire from rugby at age thirty-two after he received a kick in the back in the fourth test of the 56 Springbox series by prop Jaap Bekker. Tragically Brooking-Hodgson died in a forestry incident in Hawke’s Bay in 2016. He was twenty-four.

In 2017 a Stokes Valley rugby player was handed a one-year ban for kicking an opponent in the head during a first grade division two match against Johnsonville Mighty Cripples at Newlands Park. Furthermore in 2018 an MSP versus OBU premier colts game was called off for fighting.

Following the signing of Ruben Love, the Hurricanes have signed Brayden Iose through until 2022.

Born and bred in Manawatu, the 22-year-old was earmarked as a future star of the game whilst representing Palmerston North Boys’ High School.

Iose’s talents have led him down a path which allowed him to gain experience in the Hurricanes U18s, U20s and the Hunters.

In 2018, he was included in the Hurricanes’ wider squad on a development contract and was rewarded with game time during the Brisbane Global 10s which took place in the Super Rugby pre-season. Unfortunately, injury struck.

“It has been a bumpy few year years to be fair. I played 3 games in 2018 due to a hip injury and in 2019 I missed a large portion of the season due to a knee injury. It was a tough time mentally, but I feel I have grown a lot and learnt a lot about myself during those times.”

Throughout the latter half of this year, Iose headed back to Manawatu for the Mitre 10 Cup season, but says he’s enthusiastic about getting himself back down to the capital.

“It’s crazy, all through school I looked up to these guys and now they’re my teammates. There are outstanding loosies at the Hurricanes and I’m really excited to learn off them and grow my game by working alongside them.”

He wants 2021 to be all about taking his game to the next level.

“I want to develop my game as much as I can and put my best foot forward every week. I want to do everything I can to put the team in a position to win.”

As reported last week by local rugby commentator Matt Bbuck, Luke Campbell is likely set to join the Hurricanes next year. Campbell is a former Wellington College, Old Boys University and Wellington U19s halfback. He captained the latter side to victory at the inaugural national tournament in 2014. Read more HERE

Full Aotearoa Super Rugby squads are scheduled to be announced on 3 December.

England beat Ireland 18-7 in the Autumn Nations Cup to extend their winning streak to six. Johnny May (below) scored two tries to move into second equal on the all-time English try scoring list. May has 31 tries in 59 tests, tied with Will Greenwood (31 in 55) and Ben Cohen (31 in 57), Rory Underwood, with 49, holds the overall English record.

France beat Scotland 22-5 at Murrayfield. Scotland were aiming for a sixth consecutive Test win for only the third time ever, and the first since 1990, but they were never in a winning position against the French. France’s win ends a run of four successive defeats at Murrayfield, and is their first win in Edinburgh since 2014.

This column is winding down for the year, but will return early in 2021. Always looking for news, events, happenings, statistics and rugby information to include. We could extend this to include a mid-week edition as well as the Monday post.  To become an occasional, semi-regular or regular contributor please get in touch. Best contact is by email on editor@clubrugby.co.nz or message us through social media channels.