Skip to content
You are here
Home > Hurricanes > Aisle be Back: The bye week and the Hurricanes and U20s in Napier this Saturday 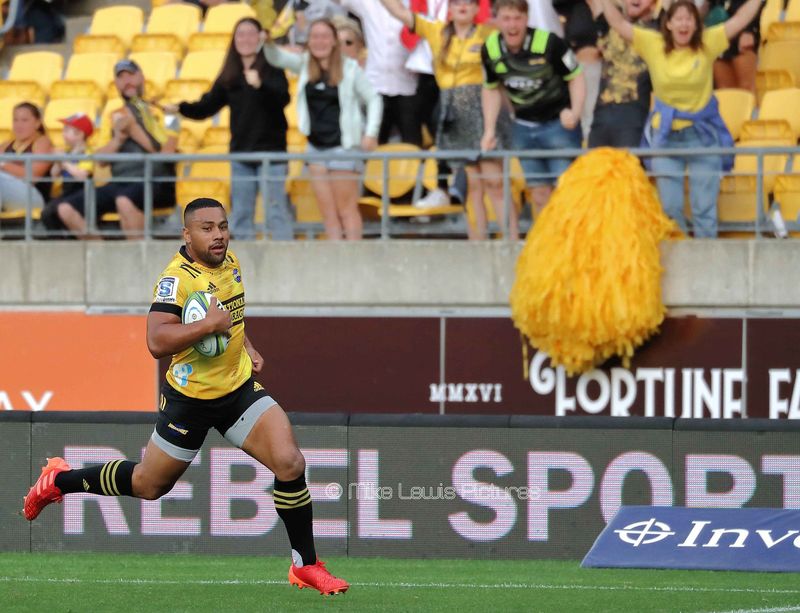 Ngani Laumape streaks away against the Sharks. The Hurricanes have since had a bye and are hosting the Sunwolves in Napier in their next match this coming Saturday.

Can someone just turn down the crazy dial for a while.

It seems every week brings something to unsettle a Canes fan.

Last week Ben Lam. This week Ardie Savea and a shift to l-l-league.

His musings on the subject come from the heart, so there’s no faulting his motivations. And as fans we know that it’s the same heart that sometimes seemed to carry the whole side last season.

It’s just that when you see a guy at his peak, is it now that you get to enjoy it for two or three seasons tops before they head off to different pastures.

So Ardie, if you do one day opt for league, no hard feelings. But mate, you have to help us notch up a second title before you’re allowed to go.  Do that, and you can take up lawn bowls or tiddlywinks if you really want.

Early-round Super Rugby in a nutshell. The Chiefs lose at home to the Brumbies, the Blues win away over the Bulls.

In short, if anyone is divining trends this early out, they’re brave; and the team of course we care about, the Hurricanes, is still well within the jury is out category.

That’s particularly because they haven’t all been tested against New Zealand opposition.  But the next four games will sort that out.

After this weekend’s match against the Sunwolves, it’s bang bang bang, the Blues, the Chiefs and the Crusaders. The last two away.

It’s a triple that wlll probably tell us where the New Zealand conference is likely heading as regards the Hurricanes. Score two out of three wins from the Kiwi encounters, and that would be excellent.

In my head, I think the team of the past couple of seasons would be no certainty to achieve that. Yet I wouldn’t rule it out for the new Canes. We still don’t know what sort of team we’ve got gelling here or indeed what the calibre of their opposition is.

But feet back on the ground, the Canes really need to get a bonus point win out of the Sunwolves. If the Reds can smash them, that tells you something about the poor doomed outfit’s prospects.

You may have noticed I have a fixation on bonus points, but the truth is come seasons end that the conference contenders will be scrapping over the narrowest of margins.

I’ve been watching a bit of Six Nations because I can in the Falklands.

Man, its kind of boring. Perhaps I keep catching the games that are one-sided.

At least France are lighting things up.

That said, barely six months ago the All Blacks high tempo rugby ran into a boringly efficient template that squeezed the life out of them. Of rather, smashed them up.

It does seem extraordinary that England look as stodgy and dull as the rest, when they should be calling the shots.

The Hurricanes play the Sunwolves in Napier on Saturday at 4.45pm.

The team is below, with no Dane Coles and no Jackson Garden-Bachop, from their win over the Sharks last start.

The Hurricanes U20s play the Blues U20s in the curtain-raiser at 2pm. The team is below: