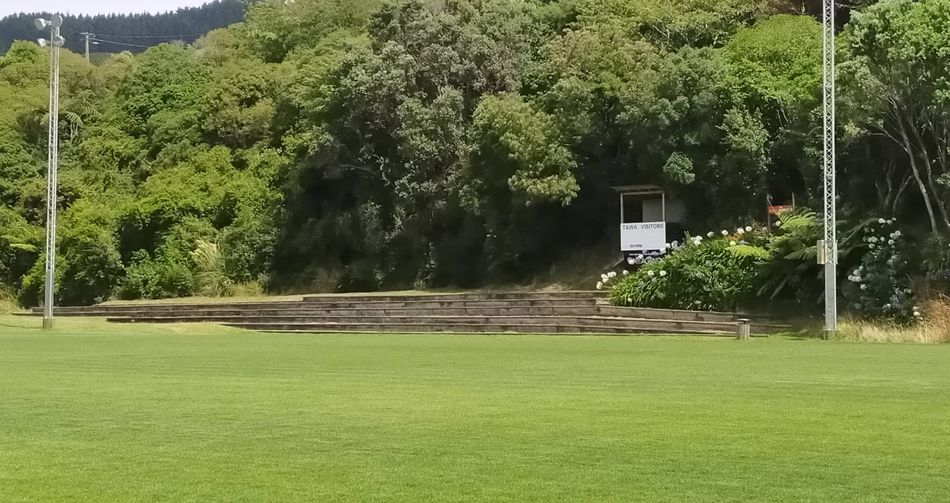 Above: Getting excited about a ground. Short Passes called into Lyndhurst Park last week, which has been re-laid with a sand base and is looking ready to host club rugby this year.

Short Passes, in association with Rob Law Max Recruitment, the Bond Bar and Geeks on Wheels is Club Rugby’s regular news in briefs, information and tidbits column to start each week in rugby. We welcome all contributions. Please email news and information to editor@clubrugby.co.nz

Update: Poneke has an Oscar winner:

🔴⚫️ CONGRATULATIONS TO THIS GUY WHO PLAYED FOR THE PŌNEKE U85’s! 🔴⚫️ – We are thrilled for Taika Waititi who won an Academy Award last night! We know your whanau and friends will be stoked for you. – The same Poneke Under 85kg Rugby team starts their training this Wednesday! Come along to Kilbirnie Park from 6pm, have a run around and BONUS: You’ll also receive a free pair of training shorts once registered. – If you’re keen to be involved, but can’t make it this Wednesday, send us a message and we’ll put you in touch with the team manager, @jamie_b_4 – 🔴⚫️ No matter where in the world you are; You don’t just play – YOU BELONG! 🔴⚫️ – #youbelong #bandtogether #clubrugby #redblack #ponekefc #poneke #pfc #ponekeheroes #ponekestories #pfcheroes #pfcstories #pfcfamilylegacy #nzrugby #rugby

Massive credit to Northern United for their hosting of the National Club 7s over the past long weekend, with many of the visiting teams impressed by the size and scale of the effort led by a Blue Army of volunteers.

Perhaps just one mis-step made by the organisers however, with their decision to give passes to Waihi Atheltic and Christchurch’s Saracen’s in the bottom 8 section on Saturday morning after both sides only played twice on Friday owing to the late withdrawals of Feilding and replacement side Toa. With both exiting after losing their only games on Saturday, it seemed a rather long way for both sides to play just three matches.

Te Puna made the National Sevens final. Last year the Bay of Plenty club celebrated its centenary by winning the Baywide competition for the first time – a club on the rise.

Timaru Old Boys were one of the surprise packages of the National 7s winning the plate with a thrilling 29-26 win over Marist Albion in the final with two tries and a sideline conversion in the last 30 seconds.

The Sevens also gave a look at some possible player movement ahead of the coming 15’s season. Malachai Unasa was in Norths colours, Josh Brown and Todd Svenson were in HOBM’s side, and Jaylen Tuapola was alongside his former Scots College teammates Roderick Solo and Ethan Webster-Nonu.

Another to impress from the young Ories side – only Declan Hay was older than 20 – was Herman Seumanufagai. The 17 year-old, who was recently in Canberra for trials with the NRL’s Raiders, more than held his own against adult opposition and it may be a catalyst for a monster season from him in the St Pats Town 1st XV. The youngest player at the tournament was 16-year-old Havelock North player Cooper Flanders who played most, if not all, of his team’s games.

A new face in Wellington rugby was in also in action at Porirua Park. American World Series referee Emily Hsieh was one of the six referees handling matters in the middle, and is now based here having taken up the job of Women’s Referee Development Manager at NZ Rugby HQ. Word is she’s looking forward to refereeing in the sub-antarctic conditions we get here in mid-winter.

Credit must be given as well to the WRRA, who mustered enough officials from their ranks to ensure every game at Porirua Park had a full complement.

With a void of Wellington players in the All Black and Black Ferns Sevens sides at present, perhaps locals here should be backing Samoa which contains current Premier players Tomasi Alosio (HOBM) and Losi Filipo (Norths), along with former Petone outside back Belgium Tuatagaloa.

Leading referee Ben O’Keeffe has been busy in the opening rounds of Super Rugby, including refereeing the at-times feisty Chiefs-Crusaders clash on Saturday. He’ll soon head north to tackle appointments in the Six Nations with Italy vs Scotland in Rome followed by England vs Wales at Twickenham.

Its also been a busy off-season for some of the region’s leading referees with two weddings already, and two more in coming weeks.

There is competitive local rugby this coming Saturday back at Jerry Collins Stadium, with the Hurricanes Hunters taking on the Crusaders Development team at 1.00pm. This is the first of two matches coming up in Wellington for Hurricanes teams, with the Hurricanes U20s set to play the Blues U20s at Evans Bay Park on 7 March.

Coaching positions just about locked in for all teams, including Roy Kinikinilau who was recently named as head coach of the Johnsonville Premiers. Destructive former No. 8 and midfielder Kinikinilau made his name playing for Ories, where he and Ma’a Nonu (see below) scored 22 tries between them in 2002, has had recent playing stints at both Johnsonville and Ories following the end of his professional career.

Johnsonville kick-start their year with a match against Paraparaumu on 29 February, before taking on 2019 Taranaki champions Spotswood a week later in New Plymouth.

The NZRU recently launched an extensive review into the sport “as the governing body examines how best to thrive in a rapidly changing society.” A governance group has been formed to provide oversight and input from across all levels of rugby.

“We’re experiencing an unparalleled period of change as the world is now closer, our communities are larger and connecting in modern and immediate ways, and new generations are engaging differently in activities centred around sport, entertainment and leisure. Now is the time to take a look at whether we can be better prepared for what the future holds. Rugby is under pressure in many parts of the game, from participation, fan engagement, talent retention and increasingly tough financial environments. We have seen significant growth in rugby since professionalism in 1996 but not all areas of the game have thrived in that environment and there is a never-ending drive to grow revenue and manage the cost base of the game. This is an important opportunity to stand back, look at the needs across all levels of rugby, from community to elite, and consider how we ensure that the legacy of this game continues well into the future. We want to ensure that rugby stays relevant and connected with fans and community, while still creating pathways and opportunities for emerging talent.”

Short Passes suggests that the competing interests between between professional and high performance rugby and the community game won’t be sustainable for much longer. If an American sports model is what they want then they are on track to achieve this.

Everything that is wrong here can be summed up in the case of Feilding Yellows having to pull out at the last minute of this past weekend’s New Zealand Club 7s tournament. Why? Because they had four players in their squad who are part of the NZ U20s fitness squad and these players were prevented from playing. The team had been training for a month and the four players – Drew Wild, Josiah Maraku, TK Howden and Stewart Cruden (the team’s import for the tournament) all wanted to play. This team would have offered plenty to the tournament, but instead there was a ‘bye’ round every time they were scheduled to play and everyone missed out.

A streaker who was chased down by security after invading the field at Forsyth Barr Stadium during a Super rugby match has been charged with offensive behaviour. The 21-year-old is due to appear in Nelson District Court on Wednesday 12 February. Whilst no doubt lauded a hero in New Zealand for doing this and likely escaping with a warning or minuscule punishment, if he had done this in Australia or Europe he would be copping a multi-thousand dollar fine and a long ban from entering sports stadiums.

Storm Ciara caused the postponement of the England v Scotland Six Nations women’s match. The mens and Under-20’s internationals went ahead with England claiming victories in both outings.

France beat Italy 35-22 to remain unbeaten in the Six Nations. The last time France won their opening two matches was in 2016. The last time they won three matches was in 2014 while they haven’t claimed the title since 2010. France have won the last two U20 World Cups. With some of this new talent is it possible were witnessing the early stages of a French resurgence?

The Crusaders have only lost three of their past 17 New Zealand derbies, suffering a second loss in a row to the Chiefs.

The Hurricanes came from behind to beat the Jaguares 29-26 in their Super Rugby second round two fixture. The Hurricanes return home for a well-earned bye this coming weekend before heading to Napier at the end of the month for their next match.

How would this win rate in the list of memorable Hurricanes wins overseas?

Ten more to consider in any ‘best of’ overseas wins, for various reasons, would be:

This was still travelling post-height as it crossed the deadball line, so probably a 70 metre kick.

What have been some of the biggest kicks?

Who has had the biggest boot in Wellington club rugby? In recent times James So’oialo has showed power and distance off the tee:

Here is the kick from past halfway