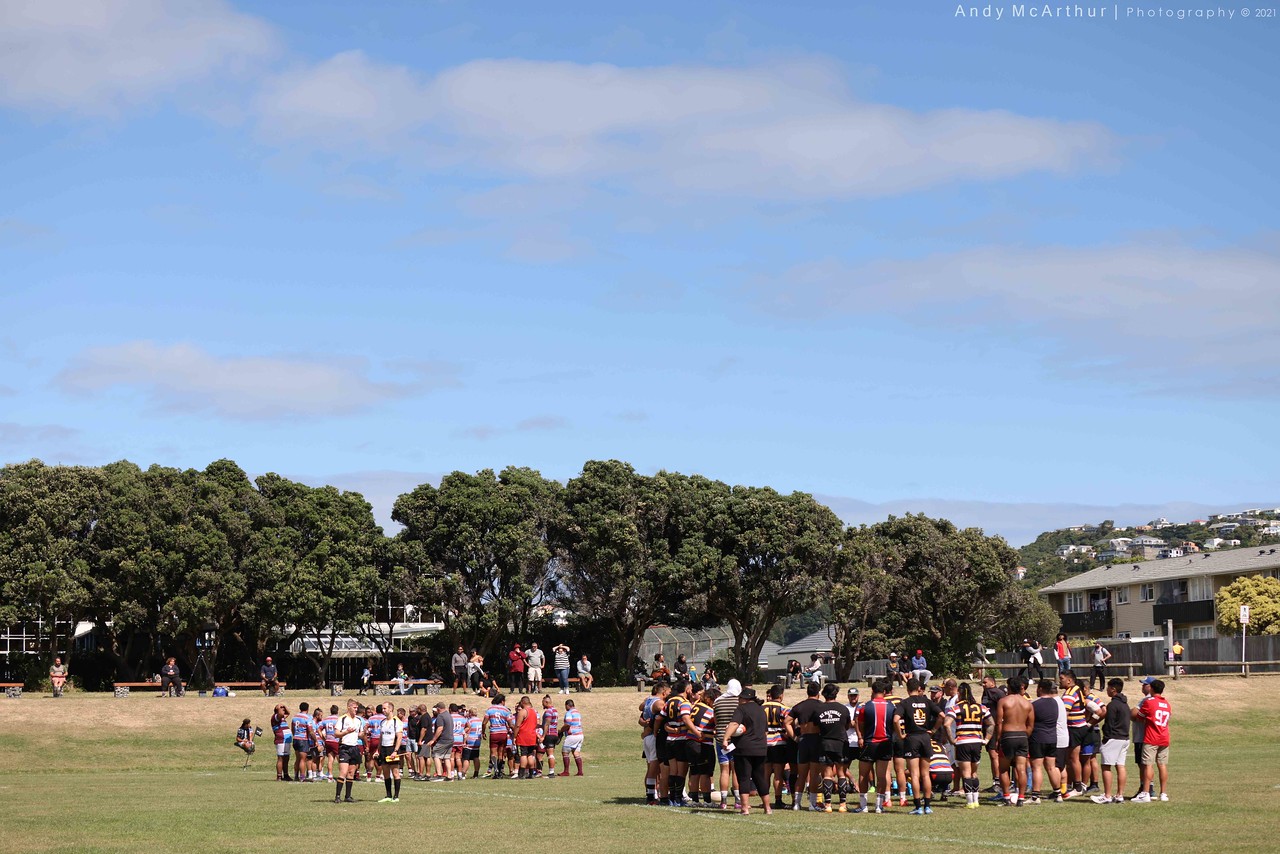 Monday evening edition: A big weekend of rugby coming up, as the autumnal leaves sweep closer.

A number of pre-season club rugby matches involving Wellington teams, the start of the Manawatu club rugby season and the Hurricanes returning home to Wellington Stadium for their second Super 5 match, in a must-win match against the Chiefs, all to look forward to in a few days.

This past weekend, the 90th annual Spillane Cup NZ Marist tournament was played under blue skies in Taupo and was won by Napier Old Boys Marist, who beat fellow Hawke’s Bay club Hastings Rugby & Sports in the final. NOBM rallied late and came back to win 31-29.

NOBM had beaten Hutt Old Boys Marist 27-26 on day one, while Hastings had defeated Hamilton Marist 36-34 in the other match.

Premier and Premier Reserve club rugby also got away in Wellington on Saturday, with Ories, Avalon, Tawa and Wellington’s squads stepping out for the first time for 2021.

Other Wellington clubs were further afield, such as Foxton and Palmerston North, where the Paremata-Plimmerton Premiers met the Foxton Premiers, the Te Kawau Premiers beat the Wainuiomata Premiers 39-12, the Massey University Senior As [Premiers] beat the Old Boys University Premiers (score to be confirmed) and the Kia Toa Senior As beat the OBU Premier Reserves 57-14.

A glance at this coming weekend’s rugby:

Manawatu Senior A [Premier] club rugby Round One kicks off – all games at Arena Manawatu.

Fixtures above are subject to change and there could be more added to this list as they come to hand.

The pecking order in Super Rugby has been well and truly established with the Hurricanes and Chiefs clashing in the battle of the winless this coming Saturday and the unbeaten Crusaders and Blues set for a blockbuster clash at Eden Park on Sunday. The Blues powerhouse pack paved the way for a convincing victory over the Highlanders with young hooker Luteru Tolai at the forefront. The St Peter’s College product has had three strong seasons for North Harbour and a handful of appearances for the Blues, emerging as one to watch.

The Crusaders 39-17 victory over the Chiefs on Saturday bore similarities with their win against the Hurricanes last Sunday. The reigning champions started sluggishly, gradually worked themselves into the contest, and then a contentious refereeing call went in their favour at 11-10 resulting in the floodgates opening.

Are the television match officials seeing the same footage as the viewers at home? What size screen is the footage shown on? If Weber touches the ball, Trump will be president in 2024.

Will Brad Weber ask for the negatives?

Did the All Black captain think he was playing Craps. He rolled a seven.

The Highlanders away strip looks like a Painter’s apron.

Finally some clarification around non-Wellington Hurricanes-contracted players from the WRFU through additions to the union’s by-laws.

The rules effectively split these payers into two categories. Those who “have an affiliation with a club in Wellington as an amateur or as a WRFU contracted player” can play for that club without a dispensation from WRFU; for example think of Salesi Rayasi with HOBM in the first category and Isaiah Walker-Leaware with Poneke in the second.

The second group is those who don’t fit the above. Those players will require dispensation from WRFU to play in the region, and only one such player can be in any Premier sides matchday squad. For the record, there was only one instance last season where two such players played in the same game when Jonathan Taumateine and Fletcher Smith both took to the field for MSP in their match against the Upper Hutt Rams.

While Club Rugby views this as a positive and needed step, it perhaps isn’t as transparent as the previous regime where non-Wellington players were allocated to a club at the start of each season. Its also unclear how players will be allocated to clubs, or even particular matches. While some players will have a preference, for instance through family or the affiliation of Marist clubs, Club Rugby understands the final say last season rested with Hurricanes GM Rugby Ben Castle which seems unsatisfactory to us.

Ross Filipo appointed as the new Waikato Head Coach for 2021

The Waikato Rugby Union would like to announce the appointment of Ross Filipo to the position of the NPC Head Coach role.

Filipo, 41, has a significant history in the game as a player, having played for the All Blacks, Crusaders, Chiefs and the Wellington Lions. He has also been quietly building a coaching portfolio that includes stints with local club rugby teams, Hamilton Marist and Taupiri Coca Cola in Japan and two years with the Waikato NPC team.

Recently, Filipo, has been working as an RDO (Game Developer) at the Waikato Rugby Union, delivering the game to the community and coaching courses to aspiring coaches.

Director of Rugby, Andrew Strawbridge, says “Ross has displayed a real understanding of how to develop players and how to create clear expectations and accountability. He cares for the player and operates a secure rather than a comfortable environment.”

New Waikato head coach, Ross Filipo, said “It is a very special year for Rugby in the Waikato being our centenary year. I’m excited to take part in the shared responsibility of honoring our past, connecting with our community, continuing the momentum created last year with the team and trying to elevate it further in 2021.”

France were close again but have lost 10 games in a row to England at Twickenham but can still win the Six Nations with home fixtures against Wales and Scotland remaining. Wales are unbeaten and can secure the title with a draw and their 14th Grand Slam with a win.

The first-half of England v France is some of the best test footy you’ll witness. A French try in the first minute was followed by an 18-phase attack by England. A great try to English wing Anthony Watson (in his 50th test) saw England ahead before France rallied and led 17-13 at the interval.

Italy have lost 31 tests in a row in the Six Nations going back to 2015. They have never beaten England and lost 96 of 109 matches overall since joining the competition in 2000.

Head Coach Jason Holland and Assistant Coach Chris Gibbes have extended their contracts with the Hurricanes and New Zealand Rugby (NZR) through to the end of 2023.

Holland guided the Hurricanes to five Super Rugby Aotearoa wins in a row during his first season in charge after taking over for the 2020 season when predecessor John Plumtree joined the All Blacks coaching group. Gibbes joined the Hurricanes in 2020 following a successful tenure as Head Coach of the Wellington Lions.

Iafeta Matalasi is well known to many in Wellington Rugby circles. A man passion, substance, dignity and compassion.

This week in club rugby history

This season’s Swindale Shield starts on 10 April, but in recent years it’s been almost underway now, as below:

17 March 2018: Defending Swindale Shield and Jubilee Cup champions Old Boys University send out an ominous warning to all opponents by opening their season account with a 55-10 Swindale Shield win over Poneke, but two of the other six Gala Day fixtures go down to the wire. Avalon Wolves get up to beat Wainuiomata 33-32 and Northern United score a converted try with the last play of the game to beat Petone 22-20. Norths lift the  Murray Henderson Trophy with first five-eighth Leon Ellison scoring and converting his own try. Norths will go on and win the 2018 Swindale Shield.