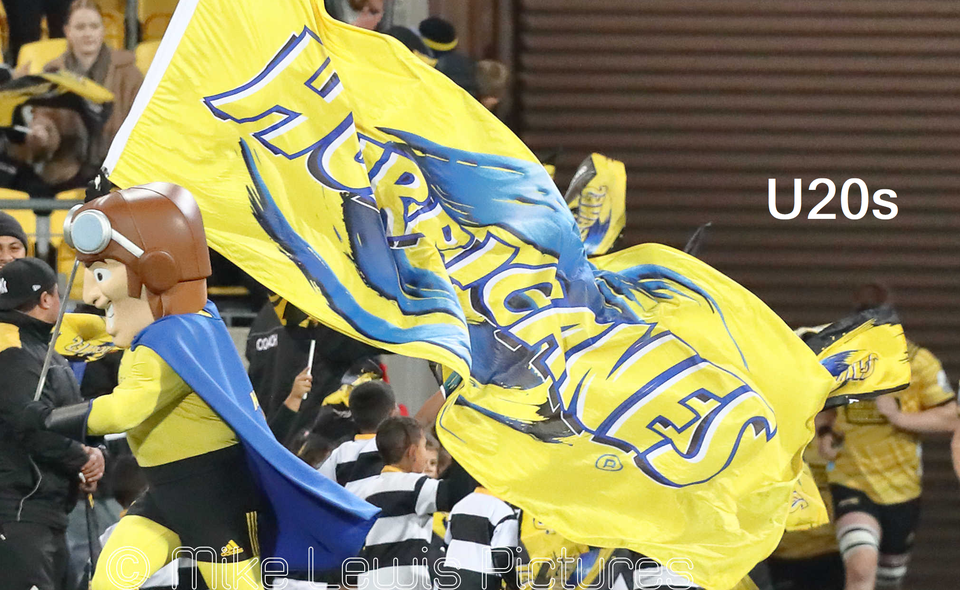 The inaugural Hurricanes U20 squad was revealed on social media on Monday, the squad being:

The team plays at Wellington Stadium this Saturday at 4.25pm against the Hurricanes Hunters Development team, as part of its preparation for the  inaugural Super Rugby U20 tournament in April against the flower of the four other franchises.

The team appears strong in the backs, with several leading up and coming players filling the inside and midfield backs department.

Of the inside backs, Marist St Pat’s first five-eighth Aidan Morgan has a full year of senior rugby behind him, while another to impress in the recent Academy series was Harry Godfrey out of Whanganui Collegiate and playing under the Hawke’s Bay banner. In the Magpies Academy’s game against Manawatu, Godfrey hit the advantage line hard and combined with his outside backs well. His contribution was quieter against Wellington, in windy conditions and barrelled on more than a couple of occasions by Wellington’s loosies including Sione Halafilo (former Scots College) and Ronaldo Seumanufagai (St Pat’s Town) who both make this squad.

Te Atahwai Mason is also out of Whanganui Collegiate, famously scoring two tries at 12 in his First XV’s Quadrangular win over Wellington College. He is also a goal-kicker.

Two Manawatu halfbacks have been added. Aidan Champion has a year of Senior A club rugby behind him as a halfback for Old Boys Marist, as has Matt Oldridge, for College Old Boys.

Fleet-footed Riley Higgins is out of St Pat’s Silverstream and will be joining Petone this year, hard running Jordan Thompson-Dunn is out of Hastings Boys’ High School and a former NZ Maori U18 player, while the third in the midfield group is Kyle Brown who was Feilding High School’s centre last year.

Sticking with the backs, there’s raw talent out wide, while Ories and former Scots College player Ethan Webster-Nonu has been included in the outside backs group but is just at home at centre. Aidan Morgan (noted above) can also cover fullback.

Chance Malu was playing in the midfield for Palmerston North Boys’ High School in 2019, and spent his first senior season last year with Feilding Old Boys-Oroua. Likewise, Faleseu Tauailoto was in the midfield at Feilding High School over the past two seasons (with Kyle Brown, above).

Jonty Stewart was head prefect at Feilding High School last year and has also played first five-eighth. He has moved across to Hawke’s Bay and featured in their side in the recent Academy tri-series with Wellington and Manawatu.

Joeli Suka is a fast-finishing wing from Fiji and played for Hastings Rugby & Sports in club rugby last year and recently for the Hawke’s Bay Academy.

Ruben Love is a high-profile name missing from the squad, being a member of the full Hurricanes squad itself, while Roderick Solo is also missing, presumed injured, and Hawke’s Bay centre George Stratton is also presumably out injured after leaving the field against Manawatu later their recent Academy game.

Amongst the forwards, former NZ Schools player Ben Strang, out of Whanganui Collegiate, is a hooker to watch, and is joined by two other rakes, Raymond Tuputupu, who was Palmerston North Boys’ High School’s First XV hooker last year, and Kaleb Sinclair, out of Upper Hutt College and now down at the Petone club.

There are three players in the group with connections to Wellington have been named at lock.

Hawke’s Bay Academy captain Tiaki Fabish left Napier Boys’ High School in 2019 and went on to win the Jubilee Cup with Old Boys University last year. He could be a strong chance to captain this side.

Lipa Saveatama from Mana College has raw size and potential, while Akira Ieremia is another lock who has a year of senior under hit belt after leaving Silverstream and playing for Tawa in club rugby last year.

The fourth lock is former Napier Boys’ High School’s Jacob Ward – who was a prop for the NZ Maori U18 team two years ago.

The propping department won’t lack for size and commitment.

Joseph Gavigan is second year out of Manukura in the Manawatu. Feleti Sae-ta’ufo’ou is out of Palmerston North Boys’ High School, Troy McIvor represents the Central club in southern Hawke’s Bay (along with flanker Frank Lochore) and Bradley Crichton is first year out of the St Pat’s Town, Wellington, First XV and made the ‘paper’ NZ Schools Barbarians team last year.

Loosehead prop Jayden Walker is a former Napier Boys’ High School First XV player and a member of the 2019 NZ Maori U18 team.

The loose forward group is typically dynamic and packed with explosive talent. Of note, last year’s Scots College and NZ Schools ‘paper team’ player Dominic Ropeti has been selected at flanker but is also adept in the locking department where he made his Premier club rugby debut there on Saturday for OBU in their pre-season fixture against Massey.

Semi Vodosese was Whanganui Collegiate’s powerful No. 8 last year and has made the move to Manawatu where he continued his strong form in the recent Academy games, while Manawatu and Massey club’s Julian Goerke is also a blockbusting No.8.

Napier Boys’ High School’s Frank Lochore missed the Magpie Academy’s second recent game against Wellington, but like his famous grandfather, has the attributes to forge a strong senior rugby career.

The tournament in Taupo is from 10-17 April. It is terrific for the players involved, but a disappointing blow for club rugby competitions around the country with these players all missing at club level for an unspecified number of weekends.