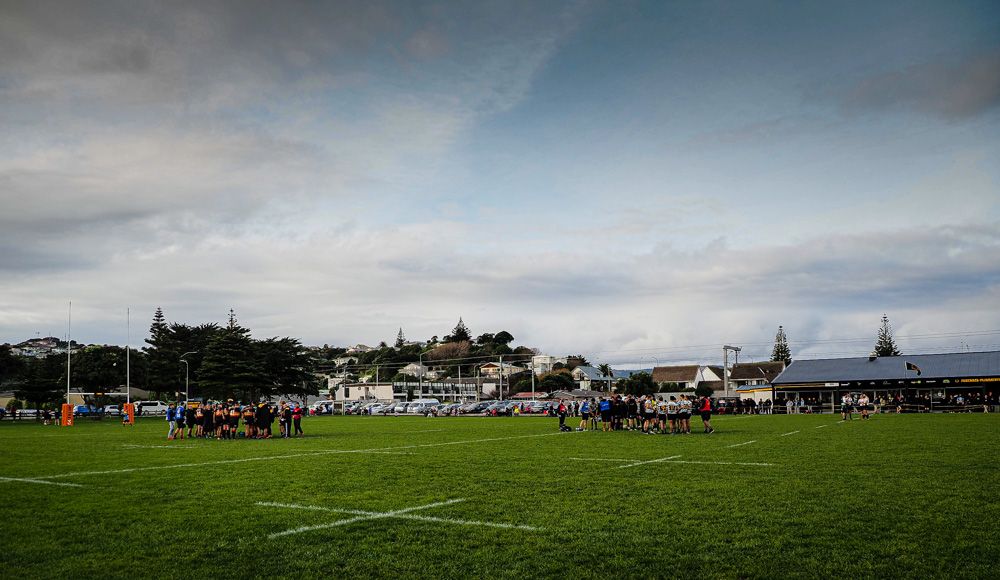 What a ride! It’s the end of 2020, and may we end this year with some Christmas cheer before wiping the slate clean and blasting into 2021. Club Rugby wishes everyone a very Merry Christmas and a Happy New Year and thanks everyone for their ongoing support.

Look out for our annual Christmas Day article on Friday and some steady content early next year as we build towards the new season.

As reported earlier this week, the next edition of the Swindale Shield starts a little later as far as the modern era goes (think 18 March start day in 2018), which is a good thing. So plenty of pre-season from about mid-February onwards as well as some annual sevens tournaments around the lower North Island to follow (and hopefully for some clubs and players play in).

A steady stream of rugby news and media releases to end the year on. Some of this below.

Congratulations to Sam Cane for winning the prestigious Kelvin R Tremain Memorial award at NZ Rugby awards last week. Cane also won the All Blacks Player of the Year title, for his high workrate, fearless tacking and admirable leadership in a challenging year (the All Blacks only winning half their games notwithstanding) so was always going to be a leading contender to scoop the supreme award too if his domestic form in 2020 also stacked up, such as last year’s winner Ardie Savea, 2018 winner Kendra Cocksedge (also the first female recipient) and Sam Whitelock in 2017 and others before them. But hang on, Cane’s Chiefs went 0/8 in Super Rugby Aoteraroa. He then had a 1/2 record for Bay of Plenty in two games he played in the NPC, so his domestic credentials were surely lacking.

The question is then what exactly is the criteria for winning the Kelvin R Tremain Memorial Trophy? Is it for off-field performances as well as on it, and is it strictly for international performances? The other two nominees for this award were Aaron Smith and Dane Coles, the latter not setting the world on fire this year either in comparison to some previous seasons (and he’s one of our favourite players, Wellington College and Wellington bias fully disclosed), while Richie Mo’unga would possibly have been another contender.

To re-cap, the winners are below:

All Blacks Player of the Year
Sam Cane (Bay of Plenty)

Another curious email that came through to the Club Rugby newsdesk last week was that announcing the appointment of Tyler Bleyendaal as a Hurricanes assistant coach for next year. The same role that Carlos Spencer left mid-season in cloudy circumstances.

The 30-year-old has plenty of playing experience behind him, playing 21 games for the Crusaders, 32 for Canterbury and a further 62 for Munster, where he has been most recently based.

What coaching experience has he got? It appears not a lot.

Hurricanes head coach, Jason Holland, says it’s Bleyendaal’s wealth of rugby knowledge that will make him such a valuable asset to the team.

“He has experience running the game in Super Rugby as a player and has recently been entrenched in the Northern hemisphere rugby world both as a player and more recently in a coaching capacity. He has an astute rugby brain and will challenge our coaching team and the players to grow and innovate.”

Assuming there were other applicants for the role in one of only five fully professional teams in New Zealand, his credentials must indeed be good with little coaching experience under this belt in any level of rugby.

The Super Rugby Trans-Tasman 2021 draw has been finalised, the draw being *:

More coaching teams announced for 2021, such as MSP’s below:

The All Blacks will play France, Italy and two yet-to-be-determined qualifiers in Pool Play at Rugby World Cup 2023 in France.

The draw was held in Paris overnight, with New Zealand drawn alongside hosts France, Italy, Americas 1 and Africa 1 in Pool A. The All Blacks have played France seven times at RWCs, the most of any country, and Italy five times, with the 2019 fixture cancelled.

The Americas 1 winner will come from a play off series between the 2021 Rugby Americas North champion and 2021 Sudamerica Rugby champion. Africa 1 will be the winner of the 2022 Rugby Africa Cup.

As with previous Rugby World Cups, the tournament will feature 20 teams divided into four pools of five teams.

Twelve teams have already qualified – the top three teams from each of the four pools at the 2019 World Cup – and were seeded into three bands based on their position in the World Rugby rankings at the start of this year.

The full 2023 Rugby World Cup Pools are as follows:

The 2023 RWC will take place from 8 September to 21 October at nine venues.

Remind us again in two years.

Plenty to ponder for the world’s rugby officials over the next end of year break, with big C word a hot topic. As Hamish Bidwell wrote recently;

News that a group of former high-profile players are planning legal action against World Rugby, the Rugby Football Union and the Welsh Rugby Union should send a shudder through the game.

The eight men, who include 2003 Rugby World Cup-winner Steve Thompson, are set to claim that the governing bodies failed to protect them from the risks of concussion.

There’s plenty to unpack here and none of it reflects well on those who whinged about the game going soft when two players were sent off for high tackles in a recent Bledisloe Cup clash.

Then there’s this watch from last week below:

Beauden Barrett has been officially unveiled by his new club Suntory Sungoliath.

The All Blacks star is playing for the franchise in the 2021 Japanese Top League, during a sabbatical which is included in his four year deal with New Zealand Rugby through to the end of 2023.