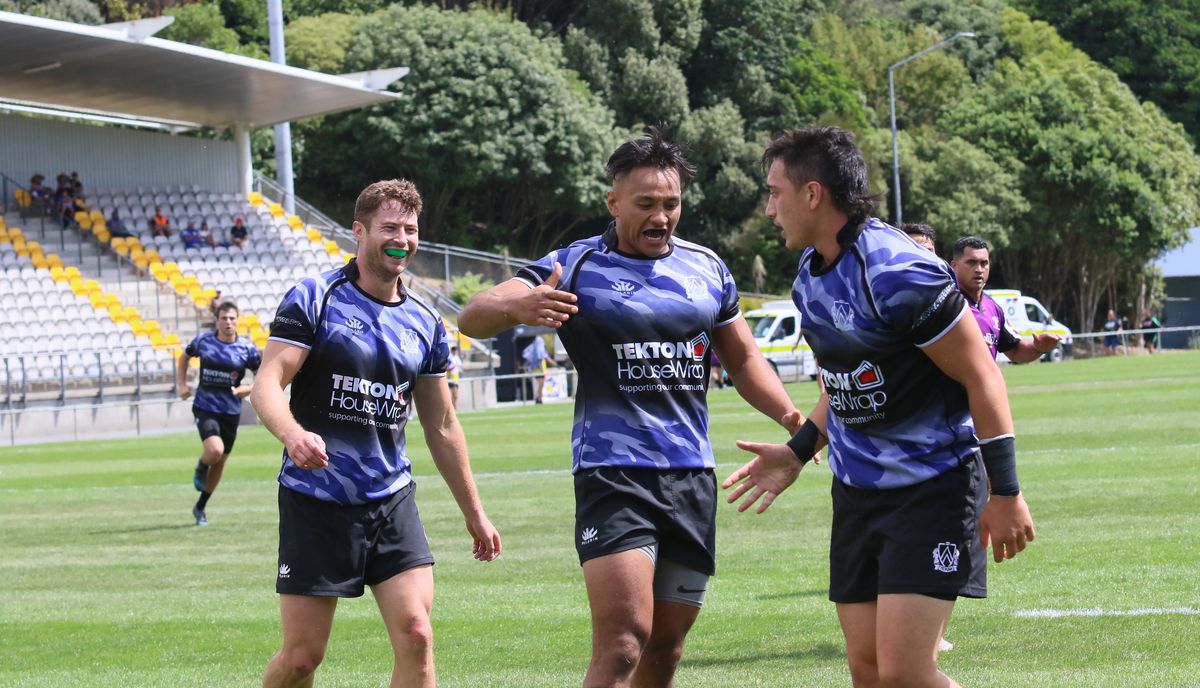 Te Puna emerged as the form team from the tough pool A section to win all their games and head into day two with confidence.

The National Club 7s field was reduced from 16 to 14 teams on tournament eve, with Horowhenua-Kapiti team Toa pulling out and Manawatu’s Feilding Yellows withdrawing on account of four of their players being pulled to play in an U20 trial match.

Following a short opening ceremony, involving the mayor and deputy mayor of Porirua City and other dignitaries, the tournament got underway at 9am under sunny skies but on a slightly slippery surface with Te Puna’s opener against the HOBM Eagles.

Dunedin’s Alhambra Union started in positive vein, beating a youthful Oriental-Rongotai side 27-12 after coming back from two tries down. Ories would improve as the day progressed, beating Christchurch’s Marist Albion 29-12 and then Manawatu’s Massey University 21-17 in a thriller that included a hat-trick to Ethan Webster-Nonu and a knock-on near the line by Massey at the end.

Marist Albion would start and finish well, laying on an injection of tries in beating Massey 24-7 and beating Alhambra Union 26-12 in the last game of day one.

Wellington’s HOBM were beaten 22-14 to make it one win from three and miss out on the Cup section on day one, while their 26-21 win over MAC was a thriller that saw playmaker Sheridan Rangihuna cross-kicking for Fereti Soloa to collect and score the winning try.

The very next game was also a tight affair, with Northland’s Kaitaia City scoring the winning try in the same corner as Soloa’s to beat Canterbury’s Saracens 29-26.

From the vault: ninth round matches in images