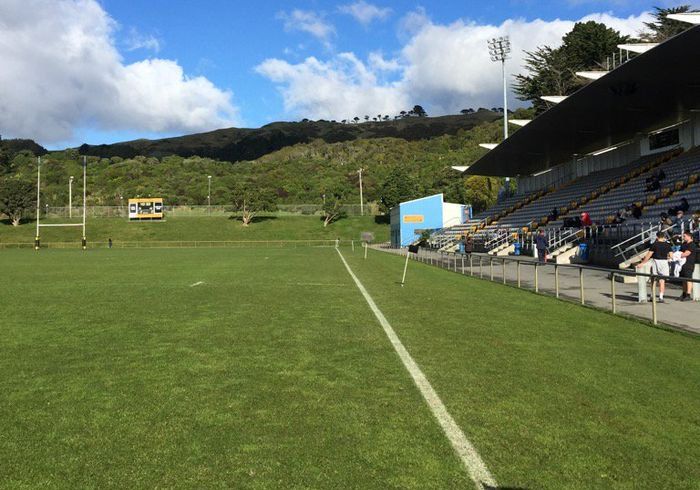 A compelling Central Region 7s tournament on Saturday, with Wellington (men) and Manawatu (women) deserved winners. Both sides were a notch above all others, particularly in the breakdown and turnover.

The Rob Law Max Wellington men came together well and Short Passes predicts that a top four finish at Nationals at Mt Maunganui in a fortnight should be a minimum goal for them, and if they can foot it with the traditional big gun northern sides they are a chance for victory. Same with Manawatu. The Wellington women were missing one, probably two, ‘x-factor’ players to challenge the Cyclones for supremacy.

Several Wellington school teams were in Auckland this past weekend at the Condor 7s tournament. Read more HERE

The U15 titles were won by St Peter’s College (boys) and Manukura (girls).

This coming weekend the final act of rugby in the region for the year is scheduled.

The Weepu 7s is scheduled to take place at Wise Park, Wainuiomata.

This has been moved back from earlier in November. More details to follow.

Starting again from scratch! So follow our new page @wainui_rugby for the latest updates! #Omata

Three Instagram drops by Ardie Savea between 8pm-9pm on Sunday night. The first and the third were party shots in a pool at a resort in Bali.

The middle one was the bombshell:

Two things sprung to Short Passes mind when this was announced. 1. The redundancy of the modern media or the modern professional sports club to control and promote the message. 2. With Beauden Barrett gone and now Ardie Savea, how will this affect the Hurricanes in 2020?

Sticking with the Oriental-Rongotai club theme, Savea’s former teammate from club to All Black level, Matt Proctor, had a debut to remember this weekend in the UK for the Northampton Saints. Linking up with coach Chris Boyd, Proctor scored his team’s first two tries, including a pinpoint run first phase from an attacking scrum, in his team’s 36-13 win over rivals Leicester Tigers.

Fuamai comes to Wellington Rugby from Porirua College, where over a period of nine years she has been teaching and heavily involved in the school’s sports programme as their Sports Co-ordinator and more latterly their Rugby Administrator.

She has also been actively involved in playing the game for Ories and will bring a huge amount of energy and leadership to the role.

Is the Crusaders new logo a ‘cock up’?

Some feedback on the Canterbury Club Rugby Facebook page suggests that it is:

Maybe also fitting that Gary Cockram Hyundai is their naming rights sponsor for next season?

More clubs announcing their coaching teams for 2020 – Poneke and Marist Pat’s below:

The annual Hawke’s Bay 7s tournament hosted by the Central Rugby and Sports Club is in Waipukurau on 22 February 2020.

The tournament can cater for a maximum of 45 teams. First 45 teams to pay entry fee have guaranteed entry, any entries after this will be put on a waiting list in case any teams withdraw from the tournament, and you will be notified. The grades contested are:
Open Men’s
Colts (Under 21yrs @ 31 – 8 – 20)
Open Women’s
Barbarians (Over 35yrs)

New Zealand Rugby (NZR) is future-proofing the sport with several changes to school and club rugby, the first phase to roll out for the 2020 season.

The changes will ensure more matches kick off, introduce new ways to play and improve the quality of experience for players.

In 2020 a new club rugby and secondary school initiative known as ‘Game On’ will be introduced, as well as a focus on non-contact RipRugby and 10-a-side rugby, which will be implemented for Under 11s.

Game On is designed to reduce the number of default matches due to lack of flexibility for player numbers. Provincial Unions will be implementing Game On into nominated grades.

The new initiative will introduce rolling substitutions to matches and allows teams to modify team size, game length and scrum contests.
Under 11 grade Small Blacks rugby will change from 15-a-side on a full-field, to 10-a-side on a half field.

Provincial Unions are set to introduce the new developments into school and club rugby from 1 January 2020.

The 2020 Super Rugby jerseys have been ‘released’. Here is the explanation for the five franchise jerseys:

Wellington Stadium will host Wales and Australia, Scotland will play in Dunedin and Hamilton will entertain Argentina.

Wellington, Manawatu turn up the heat in Levin to win Central 7s tournament