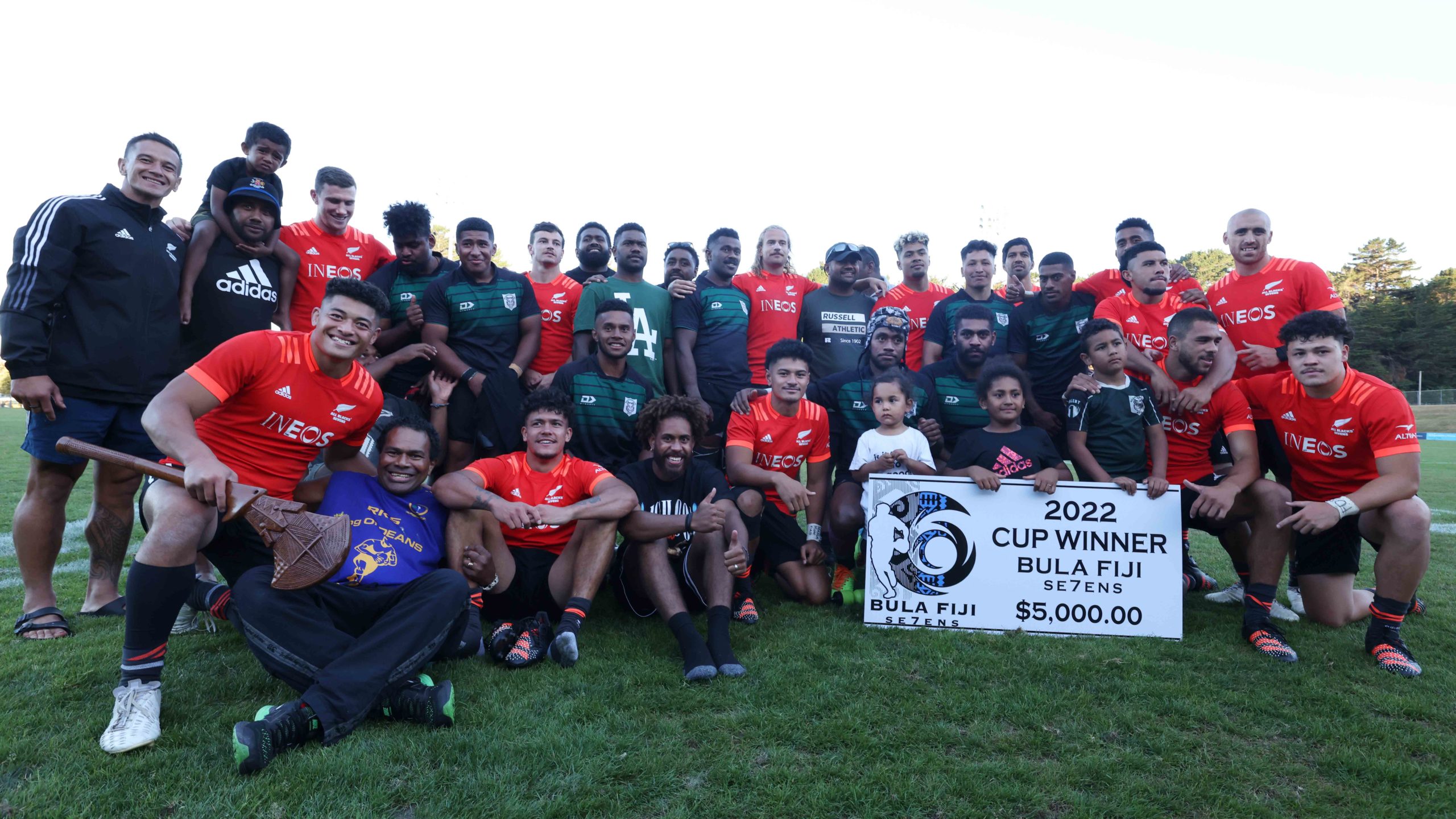 The two teams that met in the Cup final, winners the Ignite New Zealand Sevens and runners-up Whanganui Fijians.

As to be expected from the national team, who would otherwise be in Spain at the moment competing on the world stage if not for the Covid situation, The Ignite 7s squad won all seven matches on the day, improving their results and lifting their intensity in each game.

They beat the Whanganui Fijian 7s 45-7 in the Cup final at the conclusion of a long day, after taking down the Canterbury Fijians in their Cup quarter-final and then smoking the always-impressive Matakesi side 10 tries to nil in their Cup semi-final – their best performance of the day.

The national side blooded some new players, including Wellington young-gun Roderick Solo, but also fielded some experienced players such as Joe Webber, sans dreadlocks.

But it was beaten finalists Whanganui Fijians, who came through a super-competitive pool play round of four matches to take two come-from-behind wins to deservedly make the last game of the day.

Whanganui Fijians were drawn in the same pool as the NZ Ignite side, and these two teams met in the tournament opener at 8.00am on Jerry Collins Stadium. The national team won, but Whanganui put up a strong showing in their morning encounter.

Progressing to the Cup semi-finals, the Whanganui Fijians were trailing Waikato 1 Fijians 10-0 early and 10-5 at halftime, but roared back in the second spell to score twice more to win 20-10.

The Whanganui side were rewarded at the end by having four players plus their coaches named in the paper All Stars Bula Fiji 7s team.

Timoci Serawalu was named Player of the Tournament.

Matakesi bounced back from their Cup semi-final defeat at the hands of the national squad to beat Waikato 1 26-14 in the playoff for third and fourth.

The Canterbury Fijians won the Plate Final, beating the Auckland Nadi Blues in a low-scoring match.

Pool play from 8.00am to 2.30pm approximately was often fast and furious, and played under sunny blue skies that made the sun and temperature as hot as the rugby for some of the day.

The tournament was hosted and well-run and the organisers hope to make this an annual event going forward, including a women’s tournament. There was one women’s match played, with the Wellington Flyers 1 and 2 teams playing during the interval.

Please check back and follow our channels for lots of photos and and some video clips – posted over the next few days.