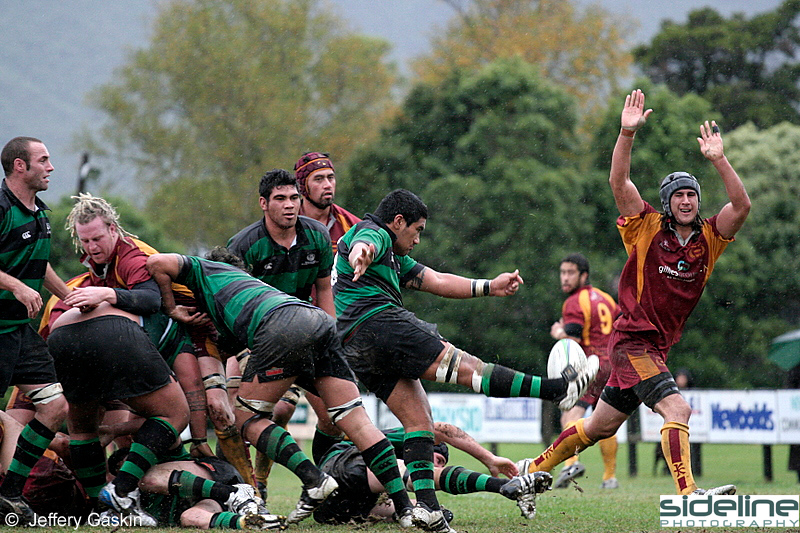 Morning edition: It is just about the the end of the line as far as rugby goes for 2021.

There is a match this coming weekend in Taupo between the NZ Heartland XV and the New Zealand Barbarians selection. Kick-off on Sunday at Owen Delany Park is at 2.00pm (during Bathurst on the other channel, so terrific scheduling there).

Whanganui midfielder and sevens rugby regular Timoci Serawalu is the only connection in the Heartland side to Wellington club rugby, being a former Tawa player.

The NZ Barbarians team for this match is:

After which the curtain comes down on two years of major disruptions to everyone’s life, which includes sport and rugby.

All we can do is hope that we can return to normal early next year and/or vaccine mandates and passports don’t play havoc on community sport as the countdown to opening day on Saturday 2 April begins.

There are some sevens tournaments scheduled for the New Year – if there is rugby we will try and be there helping to publicise it and covering it for the short-term news and long-term for the hall of rugby records.

In the meantime, if anyone wants to get in touch about anything, please do so by email at editor@clubrugby.co.nz

For now, there is one virus to rule them all. On Saturday the international match in London between Samoa and the Barbarians was cancelled 90 minutes before kick-off after a Covid outbreak in the Barbarians camp. Six cases, including four players and two members of staff, were confirmed on the morning of the match. Despite that, the Barbarians declared that they had 23 fit players who were all Covid-negative but that failed to prevent the game’s cancellation.

The match was supposed to be the Samoa debut of former MSP flyhalf and midfielder Aviata Silago. He played for MSP from 2012-14 and now plays in France.

The match at Twickenham between the Barbarians Women and the South African Women did go ahead, resulting in a 60-5 win for the Barbarians. Sarah Levy of the United States scored a hat-trick and England’s Natasha Hunt scored twice as the Barbarians won 10 tries to one. A new women’s rugby match world record crowd of 29,581 was in attendance.

Big news last week with the World Rugby ruling that From January 1, World Rugby will permit international players to transfer once from one union to another, subject to demonstrating a close and credible link via birthright.

Under the revised regulation, the player must stand-down from international rugby for 36 months, must be born in the country they wish to transfer to, or have a parent or grandparent born in said country.

The All Blacks are an average international rugby team. They’re not elite, they’re no longer the game’s standard bearer, they’re just one of those teams that sits somewhere between, say, fourth and eighth in the world.

It is shameful that Foster became All Blacks head coach and an indictment upon this country’s high-performance coaching programme.

But it’s just as bad that Scott Robertson is the only viable alternative to Foster right now.

It’s seems like only five minutes ago that we had men such as Dave Rennie, Jamie Joseph, Pat Lam and Chris Boyd at the helm of Super Rugby sides. Beyond them, Robbie Deans, Vern Cotter and Warren Gatland were among a long list of blokes doing impressive things with teams elsewhere.

But it hardly ends there. Did you see next season’s Super squads? They’re full of absolute nobodies.

The All Blacks pretty much have to be bullied into playing franchise footy, where their team-mates will largely be kids.

Until very recently you could measure the strength of the All Blacks by the calibre of blokes who either couldn’t ascend to that level or only reached it briefly. We had dozens and dozens of seasoned professionals who created a depth at Super level that other nations could only dream of.

Moana Pasifika and the Fijian Drua are a further drain on New Zealand’s dwindling stocks, as is news of a change to rugby’s international eligibility laws.

The All Blacks have put out their Sky Fans Try of the Year selections to be voted on.

Go here to view this: https://www.allblacks.com/skyfanstryoftheyear

It includes Toby Crosby‘s try in the opening minute of the First XV final for St Pat’s Silverstream against Scots College – a superb individual bust. It is understood that Crosby, a boarder at Silverstream from over the hill in the Wairarapa, stayed in his boarding house during August and September’s lockdown where he made full use of the gymnasium facilities on a daily basis. He emerged in beastmode and raring to go and this was the result just after kick-off in the First XV final.

What is your Try of the Year?

There would be several in club rugby this year, but our pick – at least from a ‘most memorable’ standpoint –  comes from another First XV match. This was Wellington College first-five Stanley Solomon’s try against Silverstream in their first match of the season:

In non-rugby sports news, the St Pat’s College First XI cricket team was dispatched for 31 against their Wellington College counterparts on Saturday. Rugby referee Ethan Jefferson failed to trouble the scorers. Wellington College knocked off the total in a few overs.

Exeter Chiefs are preparing to ditch their Native American branding after calls from a majority of their supporters to make a change. In a statement Exeter stopped short of confirming their future plans but said a decision on “what the club will do next” would be forthcoming “within the next few weeks.”

Several members of the club’s board are understood to be strongly in support of rebranding after complaints that the existing imagery is disrespectful to indigenous people in North America. While no formal vote was taken at the club’s annual general meeting in midweek, the Guardian understands that 70% of the feedback from fans via email backed a branding change.

Last week the ‘Stuff’ website ran their eye over 10 players who were unlucky not to gain a Super Rugby contract.

Two of the 10 included HERE Shamus Hurley-Langton who plays flank-forward for Old Boys University and Manawatu and who’s absence must mean loose forward stocks are very healthy indeed, and Freedom Vaahakolo, the Otago wing, who was clearly one of the best wings in the recent NPC. He was second on the leading try-scorers’ list (7 tries), gained the most metres, beat the second most defenders and was up there on the clean breaks list. From what we saw, he can also defend and is not a turnstile.

Instances of selections/non-selections have baffled many since the game’s been around, but some are head-scratchers. Another one this year was the best halfback (after TJ Perenara) in Wellington, Kemara Hauiti-Parapara, missing out on the NPC squad.

This column is coming to a close for 2021. In the meantime, if anyone has any news or information or story ideas please let us know. Club Rugby is always looking for opportunities to grow or expand our coverage, so please get in touch via editor@clubrugby.co.nz if keen to assist or work with us.