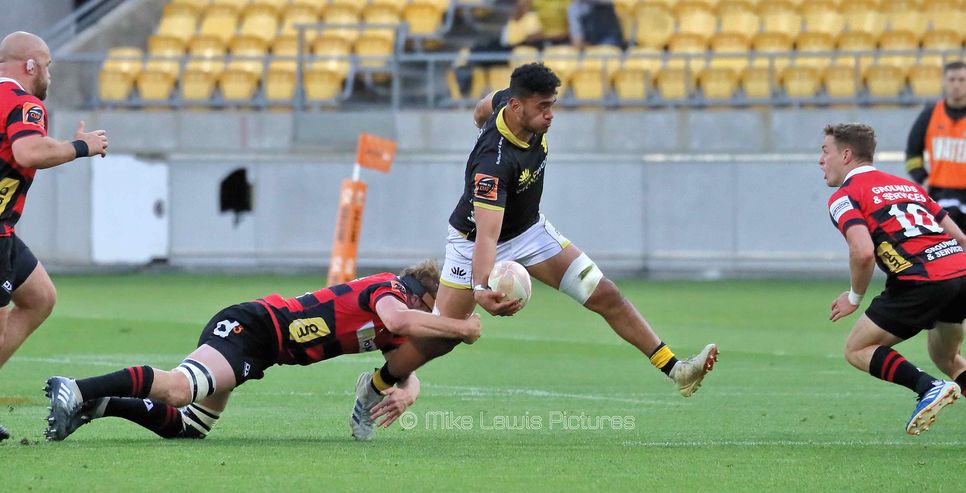 Wellington versus Canterbury is one of the most heated battles of all since the start of the National Provincial Championship, but the home side has the upper hand in Christchurch.

Wellington has played Canterbury 50 times in NPC matches: Both sides have won 24 times and there have been two draws.

Both sides have scored 146 tries. Which side will win the race to be the first to 150?

However, in Christchurch, the home side has the upper hand. Twenty four of those 50 matches have been played in Christchurch: Wellington has won just six to Canterbury’s 16. There have been two draws. Wellington last beat their host on 12 October 2007 in in the Semi-Final. They have lost all six matches played since then.

Wellington goes into this clash having won their last two matches against Canterbury. They have not won three in a row since 1999-2000.

These wins were both last years, winning 23-22 early in the round-robin and then prevailing 30-19 in the semi-final several weeks later.

Jackson Garden-Bachop’s drop goal against Canterbury in last year’s Semi-Final in Wellington (19 October) was the first to be kicked by anyone in an NPC match since Stephen Perofeta kicked one for Taranaki, also against Canterbury, at Christchurch on 6 October 2017. This was a Ranfurly Shield challenge match and Taranaki beat the holders. So, in the last three years just one dropped goal has been successfully kicked!

As well as valuable NPC Premiership points on the line, so is the Harry Saundercock Memorial Trophy – one of several trophies Wellington plays for against their provincial rivals.

This was presented by the Saundercock family in 1965 in memory of Harry Saundercock who was the first member of the CRFU to represent Canterbury Rugby sub unions in 1935.

Overall, Wellington and Canterbury have met on the first-class rugby field 175 times. Wellington have won 89 of these, Canterbury 76 and there have been 10 draws.

After their first 118 encounters from 1883-1978 Wellington had scored 1492 points and Canterbury 1358 – an average winning margin of just over one point after nearly a century of play.

Wellington has conceded 1,111 tries against all opposition sides in NPC matches: 555 at home and 556 away.

Wellington has lost 99 of its NPC matches away from home.

Canterbury started this year as the Ranfurly Shield holders and if they hadn’t been beaten by Taranaki (again, see above) a couple of weeks ago, Wellington would this weekend be challenging for the shield and this article would be a sweeping tome about the history of Wellington-Canterbury Ranfurly Shield history.

Just three Wellington players have scored three or more tries against Canterbury in one match. These are J. Magee (1908) and D.W Hanson (1988) who both crossed for hat tricks and wing Bernie Fraser who scored four in 1978. When the Lions won two years ago six individuals scored their eight tries.

The Canterbury-Wellington match set down for 14 July 1945 in Christchurch was cancelled on the morning of the game because Lancaster Park was under snow and water. Wellington later made a special trip to Christchurch, on 29 September, and won 23-6.

Wellington’s 60-14 win over Canterbury is Wellington’s largest ever against Canterbury. The previous biggest was 48-11 in 1990. Canterbury had never conceded 60 points previously. Their previous highest concessions were 59 against North Harbour in 1994 and Waikato in 2002.

The Pride challenge Canterbury for the JJ Stewart Trophy, after the former All Blacks coach and supporter of women’s rugby. Auckland held the trophy for its first 22 years, before Otago won it off them in 2013 and it has since gained in prominence.

Aisle be Back: Bledisloe #4 in Brisbane

Wellington XV team to go on bull run on Friday