Skip to content
You are here
Home > Club Rugby > “Radio: the pictures are better” 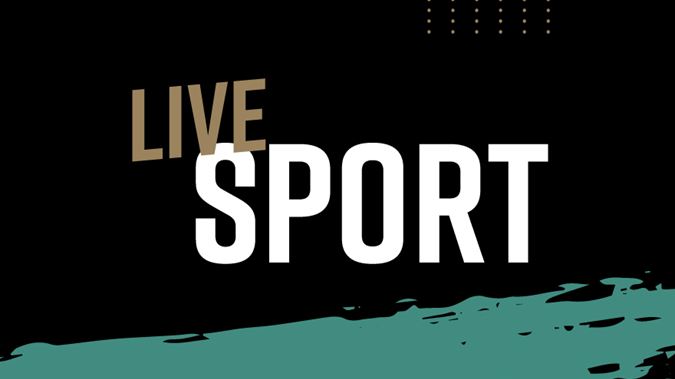 While lovers of classical music may delight in the reprieve they received from the Government, with the shelving of the plans to cease live broadcasts of Concert FM, supporters of cricket will be reeling from the news that, for commercial reasons, there will no longer be live radio broadcasts of their favourite game.

While test cricket was first broadcast in Australia in 1925, it was in November 1927 that Alan Allardyce first broadcast live radio commentary of cricket in New Zealand on 3YA Christchurch, for the match played between New Zealand and “The Rest”, at Lancaster Park, (“interspersed with gramophone items from the Studio”).

Unlike Radio New Zealand today, which is funded by the taxpayer, at the time 3YA was a station operated by “The Radio Broadcasting Company”, a private enterprise dedicated to broadcasting “items and programmes of all descriptions”, including sport.

In more recent times, “Sports Roundup” (fromerly broadcast in Wellington on 2YC) and its successor station “Radio Sport” were built on cricket commentary, with the “lazy hazy days of summer” theme, redolent of the sound of “leather on willow”, from grounds all around New Zealand until 2010 when live commentary of the Plunket Shield ceased.

Touchline surmises that the loss of live cricket commentary to the airwaves may well be followed by other iconic New Zealand sporting codes. With the decision made last year by Radio Sport to cease live coverage of Club Rugby in Wellington, Touchline can only wonder if the provincial rugby championship will be the next live radio broadcast to face the bean-counters’ chop?

With Radio New Zealand’s Charter requiring the broadcaster to meet the diversity of its potential audiences, Touchiline gently suggests that New Zealand’s proud sporting culture and values cannot be left solely in the hands of commercial broadcasting enterprises.

Update to the story below: Newstalk ZB Wellington will still be covering live updates on Saturdays throughout the 2020 season, but will not be covering commentary matches as the network has done in the past.

Renowned journalist and broadcaster Alistair Cooke once said, “I prefer radio to TV, because the pictures are better.” In rugby broadcasting circles, Touchline believes the best exemplar of Cooke’s sentiments was probably Scottish commentator Bill McLaren, renowned for his colourful turn of phrase, who once said of the famous English Captain of the 1970’s, “there’s Beaumont in that English scrum, looking like a
man who enjoys his food …”

Radio has often been described as the “theatre of the mind” and in the realm of sports commentary, it has the ability to evoke excitement and emotion simply through the eloquence of the spoken word. There is no other medium which allows someone to vicariously participate (“free of charge”) in all the “on-field” action, while undertaking some other form of activity, whether it be, driving the car, working in the garden, walking the dog, or painting the kitchen.

Recent news that the “Saturday Rugby Club” will no longer broadcast live club rugby (one of the last surviving live Saturday afternoon broadcasts in the country), sadly brings down the curtain on over 90 continuous years of club rugby radio in Wellington by 2YA, 2ZB, and its successor station Radio Sport.

Touchline suggests that the decision – which affects all of New Zealand, not just Wellington – is perhaps symbolic of  the decline of grassroots amateur sport as a galvanising and unifying force across New Zealand’s many and diverse sporting communities.

The first request to broadcast club rugby in Wellington was made to the Wellington Rugby Union in June 1927 by the Radio Broadcasting Company of New Zealand Limited (RBC), on their “new-super-power” frequency 2YA, (formerly 2YK), transmitting from the top of Mount Victoria.

Coincidentally, 1927 was the same year that the BBC first began to broadcast rugby, with its first-ever sports commentary being the match between England and Wales at Twickenham, broadcast by Teddy Wakelam.

The first club rugby match ever broadcast in Wellington was on Saturday, 23 July 1927 on 2YA, between University and Old Boys. The match was played at 2.30pm and broadcast live from Athletic Park. University won the match, 21 points to 11, in front of a reported 9,000 spectators. The commentator was Chas (Charles) Robert Lamberg, who was the rugby commentator on 2YA during this early period and employed by the RBC. Lamberg famously lost his job as a rugby broadcaster for during one commentary saying that “… the silly bugger’s missed the kick!” It seems that there was only so much colour that a commentator could add in that era!

Touchline is of the view that it would be wrong for technology apologists to suggest that the principal reason for the cessation of coverage is multi-media, internet-based live-streaming, which provides each club the opportunity to manage their own broadcasts to their own loyal supporters. Terrestrial radio unites a community, not just a club. Only terrestrial radio commentary provides free-to-air coverage, not
requiring a screen to view, an app to access, or plan to pay for. It is the realm of a craftsman (or woman) who seeks to relay live-action by the simple vocal techniques of pitch, pace, pause and power. It is an art-form which, if successfully demonstrated, is arguably the most entertaining way to engage a community of sports-fans. Wellington is lucky to have a pool of enthusiastic volunteer broadcasters who remain keen to support the community game.

Fortunately for Wellington’s many radio listeners, Touchline has learned that there is a silver-lining to the clouds of uncertainty forming over community sport radio coverage, with “Te Reo Irirangi o Te Upoko o Te Ika Trust Incorporated”, (otherwise known as “Te Upoko o Te Ika Radio”), reconnecting the microphone in 2020 which the Saturday Rugby Club has un-plugged in 2019. Recognising the power of sport to unite local communities and foster social well-being, Touchline understands that there are plans for a new “Saturday Community Sports Show” in 2020 (known as “Hakinakina Poneke”), with club rugby at its core, encompassing all local sport.
With radio, “the pictures are better.”

Tries of the Season: Women’s Rugby