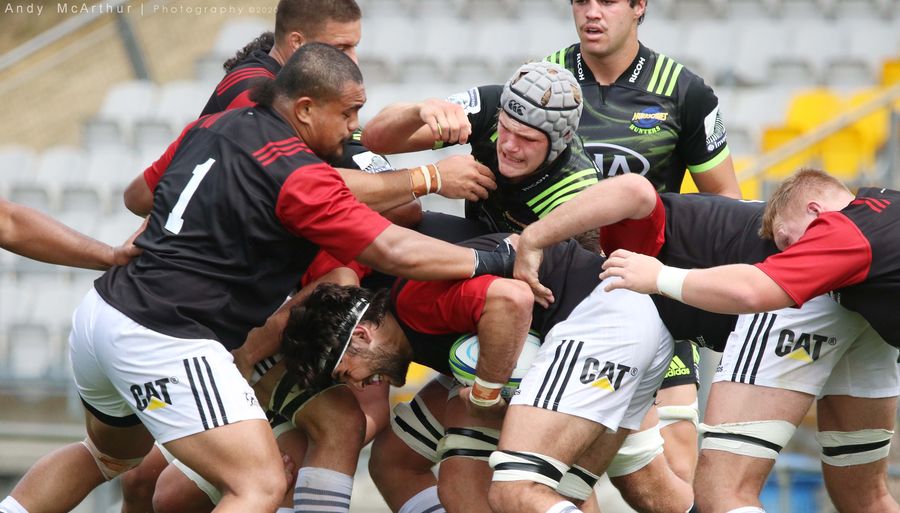 The Hawke’s Bay Sevens tournament hosted by the Central Rugby and Sports club was held at Waipukurau on Saturday. The tournament was won by Bay of Plenty side Rangataua, who beat recent National club tournament semi-finalists Havelock North in the final 22-18. Tamatea won the Colts and Taradale won the Women’s.

The rugby focus remains in Hawke’s Bay this coming weekend with the Hurricanes hosting the Sunwolves at Napier’s McLean Park on Saturday at 4.45pm. The Hurricanes are coming off their bye, while the Sunwolves were beaten 64-5 by the Reds in Brisbane this weekend.

The Hurricanes U20s team plays the Blues U20s in Napier this Saturday too, in the first of their two matches of their 2020 campaign.

The annual Shannon 7s tournament is being played this Saturday at the Shannon Domain – details to come.

For the most part, attention turns to pre-season 15s rugby now, with three clear weekends left on the calendar before the start of the 2020 season on Saturday 21 March.

There were a couple of pre-season inter-squad matches played on Saturday. For example both the Upper Hutt Rams and Hutt Old Boys Marist clubs reported good numbers and a good hit-out in their on-field meeting.

More clubs get into pre-season action this weekend. These games include (but not limited to):

A busy weekend for Wellington’s two professional referees. Mike Fraser was in charge of Friday’s southern derby between the Crusaders and Highlanders before AR duties the following night in Hamilton, while on the other side of the globe Ben O’Keeffe was in Rome and refereed Scotland’s 17-0 6 Nations win over home side Italy. O’Keeffe will also take charge of the next round clash in two weeks between England and Wales at Twickenham.

Short Passes also managed to sneak a look inside Paremata-Plimmerton’s renovated headquarters at Ngati Toa Domain. The finishing touches are still to be applied, with a reopening and dedication to be held between now and the season opener when they host Johnsonville.

A familiar face on the bench for the Highlanders on Friday night against the Crusaders, with Old Boys University No. 8 Teariki Ben Nicholas getting game time for the side, alongside another former OBU No. 8 Marino Mikaele-Tu’u.

Some news out late on Friday with NZ Rugby releasing their updated Age Bands for Age Grade policy, which has relaxed its previous stance on how many years a player can play “up” from their age after taking feedback from unions. Previously just two years, it has been amended to three years for boys and four years for girls, meaning that 15 year old boys and 14 year old girls can play in competitions designated as Under 18.

With the introduction of New Zealand Rugby’s new knockout U85kg competition – which Short Passes thinks is a great idea – a couple of questions come to mind:

How will this impact the club rugby U85kg competitions already being contested – the first round JC Bowl and the championship Paul Potiki Shield?

Will this see the rise of specialist U85kg clubs? Short Passes can think of a couple of clubs in Wellington that could go big on this grade. And will this in turn see the resurrection or revitalisation of some former U85kg teams, such as those at Poneke and Marist St Pat’s?

The American Major League Rugby competition kicked off over the past two weekends, involving a smattering of international big name players including Oriental-Rongotai’s Ma’a Nonu. How has he gone playing for his new team San Diego? Writing on the Rugby Pass website Adam McQueen had this to say:

A quick glance at the legendary All Black’s birth certificate may have led to the assumption that Nonu is over the hill at this stage of his career.

However, the 37-year-old has arguably been the best player over the first two rounds of play, leading an utterly dominant San Diego outfit to two convincing wins. It should come as no surprise since Nonu was stringing together quality performances in Super Rugby last season, just missing out on an unlikely All Blacks recall

Following a shaky start in the championship rematch versus the Seattle Seawolves, Nonu flipped the tenor of the game with some sumptuous passes that unleashed the San Diego backline into the wide channels. The inside centre took control of the match and orchestrated two beautiful tries to blow the game wide open in the second half.

Nonu followed up on this performance up with an outstanding maiden try in Las Vegas, busting out his patented side-step to blow by fellow former All Black, Rene Ranger. The San Diego Legion have clearly been the cream of Major League Rugby so far, and Nonu is at the heart of it all.