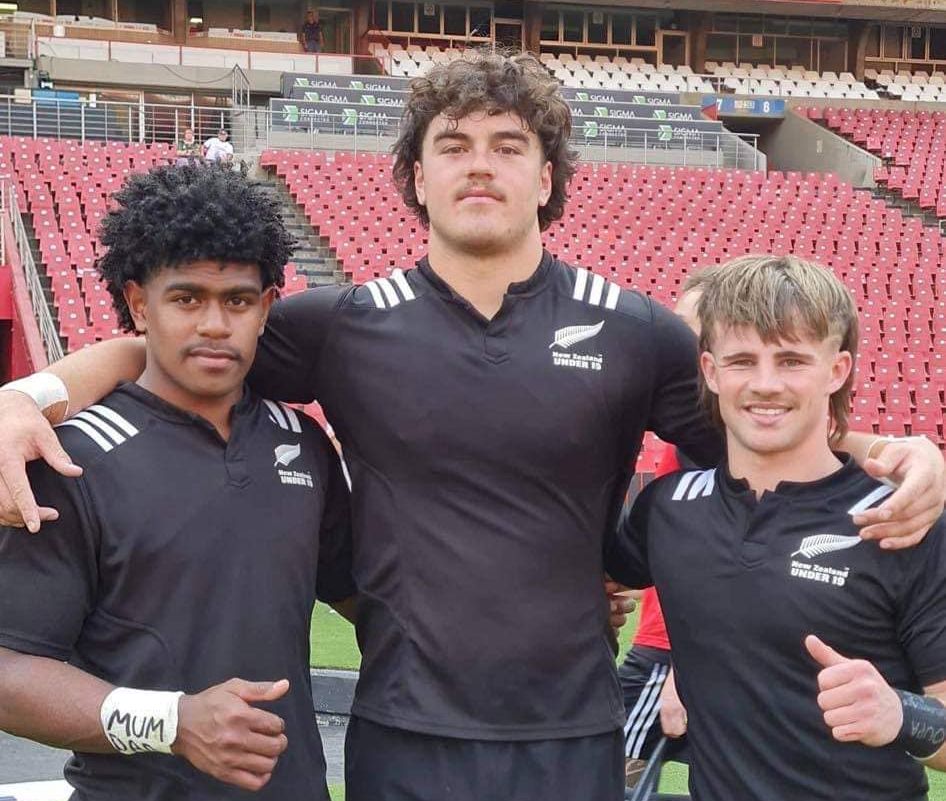 The lock from Whanganui played three games on the historic New Zealand Under 19 Tour of South Africa where the visitors won all four games.

Fast forward to 2019 and Morrison was at Whanganui Collegiate. The rugby was going well. The First XV achieved their best result in the Taine Randell Cup Central North Island series by making the final. Off the field was a different story.

“I started playing rugby when I was four and came through the rep levels in Whanganui. I made my best friends at Collegiate but school itself wasn’t going well so I decided to leave in Year 12,” Morrison reflected.

“I was driving from Whanganui to Palmerston North each day to go to Boys’ High. One morning I was so tired I fell asleep at the wheel and crashed into a truck. I was fine, the car, not so much. It’s the quickest I’ve woken up in my life,” he laughed.

The boarding school at Palmerston North Boys’ High School was no laughing matter. Morrison found it tough to adjust to the no nonsense approach to discipline.

“Palmy was hard man. I reckon Logan Love (brother of Māori All Black Ruben Love)broke his shoulder that year because I was hanging off it all the time.

“When I came to Palmy, I didn’t have ambitions of making it big in rugby. I didn’t even make the First XV until after pre-season. Ironically my first game was against Whanganui Collegiate.”

The 2020 First XV season was badly disrupted by Covid with the National Top Four championship cancelled for the first time since its inception in 1982. Still Palmerston North managed to complete their Super 8 series winning only three of seven matches. Personally, it was a triumph for Morrison. He was selected for the Hurricanes Under 18’s and applied greater vigour and focus to his rugby.

“Palmerston North was the right fit for me. The coaching really helped me become a better player and person. Making the Hurricanes was a real eye-opener for me and when the Manawatu Academy signed me up, I thought I could make a go of this.”

“I fractured my jaw and was ruled out for three months. A week earlier I had Covid. I couldn’t talk, I couldn’t spit, it was a bad experience and often I’d just break down. The X Ray looked horrific, just nothing on the right side of the teeth.

“It happened in a dramatic tackle from one of my Academy teammates. He came flying in the side and his shoulder took out my head. He’s a second-five so I don’t think it was personal,” Morrison laughed.

Almost as soon as Morrison had recovered he was concussed and side-lined for another three weeks. He considers himself very lucky to have made the New Zealand Under 19 tour.

“I didn’t play the first game against Western Province, but it was awesome watching the boys put on a big score. In rep teams everyone wants to be a superhero, but the boys were in it for each other, and it was awesome.”

Morrison made his long-awaited comeback off the bench in the second match of the tour against the Sharks in Natal. He scored two tries in a resounding New Zealand win.

“I can’t take much credit for the tries. I took them off the other hooker from rolling mauls,” Morrison laughed.

The Leopards in Potchefstroom represented the most serious challenge for New Zealand. Morrison started and scored a try in a 42-31 victory where he was also forced to take matters into his own hands.

“We heard a rumour they’d been training for seven months. I’ve never played in a game that was so niggly and where the crowd is on top of you.

“I got into a push and shove with their hooker at the scrum. I can’t tolerate the opposition giving my front rowers a face rub. We’re a New Zealand team so I gave it to him back.”

The final fixture against the Lions at the fabled Ellis Park, Johannesburg was treated like a test match. Morrison only featured for ten minutes but throughout the tour developed a strong relationship with coach and former All Blacks hooker Mark Hammett

“I loved Hammer. I’m old school and he’s the same. When the boys had got their work done, we had fun. I really enjoying being around him and soaking up his knowledge,”

Moorby flourishing at the Hurricanes