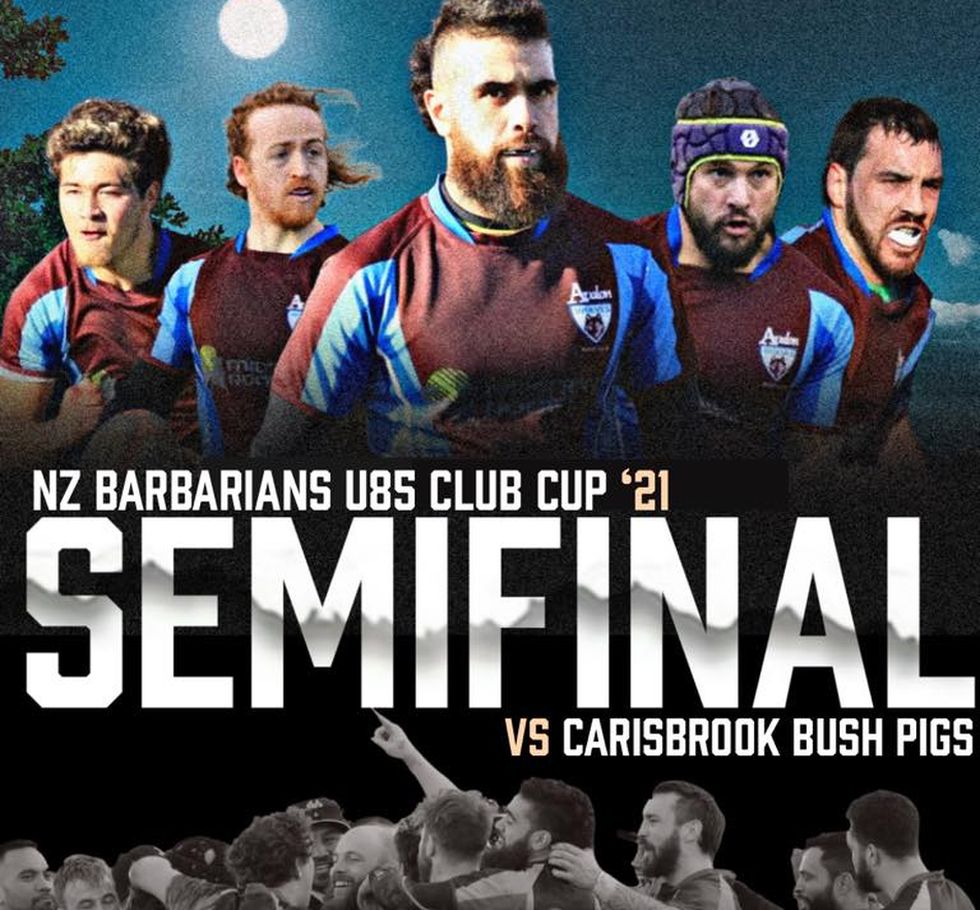 U85kg National Club Cup glory is potentially just one match away for Wellington U85kg champions the Avalon Wolves and southern raiders the Carisbrook Bush Pigs when they meet at Fraser Park on Saturday.

The two teams run out on to Fraser Park Artificial for a 3.30pm kick-off with a berth in the final up for grabs for the winner.

The Wolves haven’t played a match together since the Paul Potiki Shield club rugby final on 31 July, so will be looking to gel early against the Bush Pigs, who are coming off a 41-16 victory over the Upper Hutt Rams last Saturday in Dunedin.

The Pigs are a composite side of Dunedin metro players, playing under the Carisbrook RFC banner. They are flying in on the morning of the contest.

The u85kg semi-final is being live-streamed:

The winner of this match will play the final at an unknown point in the future, with the other side of the draw up in the air owing to Waikato being in Covid Level 3 conditions.

If lockdowns continue, it could then be a case of last healthy region standing makes the final – or wins this year’s title – making the Wolves-Pigs clash tomorrow a possible silverware decider.

The Hurricanes U18s have been in camp all week in Palmerston North.

Their schedule is also affected as they were due to play their Chiefs counterparts in a competitive match at the end of this week. They were instead playing a game in Palmerston North this afternoon against the Manawatu U19s.

In another match today, the Highlanders Schools team played the Crusaders Squires team in Timaru.

There is a feature Heartland Championship fixture in Whanganui on Saturday afternoon, where the Butcher Boys host the unbeaten Horowhenua-Kapiti side at 2.30pm at Cooks Gardens.

Below: A few familiar names in the East Coast team.

The Northland Taniwha and Otago play tonight and Waikato and Taranaki and Canterbury and Hawke’s Bay tomorrow afternoon, while the Manawatu Turbos and Wellington Lions meet tomorrow night.

It will be a case of expect the unexpected again in Palmerston North from 7.05pm, where the Wellington Lions could razzle, dazzle or fizzle all in the space of 80 minutes in this Coronation Cup encounter.

This fixture goes back to 1887. Wellington won their first clash 11-0, which by the scoring of the day was a big win.

Prior to the start of the NPC/ITM Cup era in 1976, Wellington and Manawatu had met 67 times, of which Wellington won 45, Manawatu 15 and there were seven draws including three in a row 1948-50.

The Coronation Cup was presented by the Arnott family to the Manawatu Rugby Union in the Queen’s coronation year of 1953. For many seasons the two unions played an annual Queen’s Birthday fixture for the Coronation Cup.

Wellington won 31-7 last year, winning seven tries to one. The Lions won the previous two matches as well, so will be going for a four-peat over the Turbos.

Wellington’s record against Manawatu in the National Provincial Championship (NPC) competition is played 27,  won 19 and lost 8.