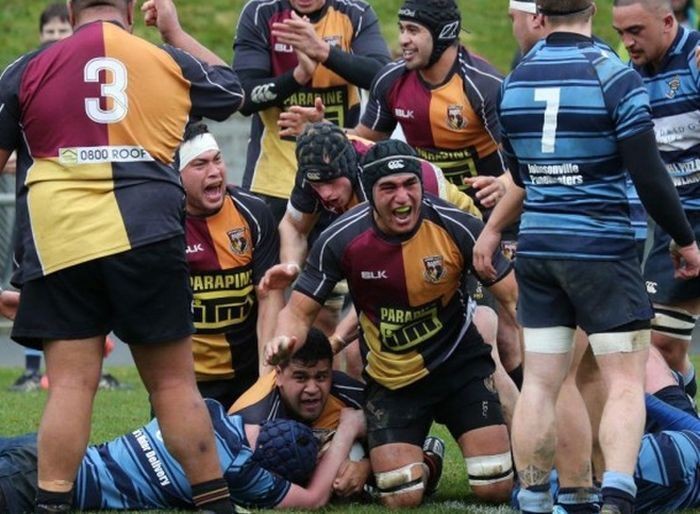 As has been the case for each of the past 24 years of Super Rugby, the Hurricanes are oozing loose forward talent this season.

There is no getting around the fact that Savea’s loss for at least the first part of the season is a blow to the team’s chances of repeating last year’s top four finish.

The loss of former Upper Hutt Rams and All Black Sevens loose forward Murphy Taramai for some of the upcoming campaign will also be keenly felt.

“I am slowly coming back from my broken tibia injury that I got against Canterbury at the end of the Mitre 10 Cup,” said Taramai.

Taramai was a mainstay in North Harbour’s bright National Provincial Championship run in 2019, that came unstuck in the last regular season round of the year when North Harbour lost 25-31 to Canterbury.

The red and blacks scored an 82nd minute try to not only win the game, but retain the Ranfurly Shield and knock the visitors out of the semi-finals in a double blow to the Harbour faithful.

Taramai departed the field injured inside 10 minutes and had he stayed fit throughout the match who knows what might have happened?

Like Savea, Taramai is giving no time frame on a comeback, taking his rehabilitation week-by-week.

He played 19 times for the Blues between 2016-18 and played one match for the Wellington Lions in 2014 but says to represent the Hurricanes on his ‘home ground’ at Wellington Stadium would be a dream come true.

He was a proud representative of the Hurricanes at the 2020 Super Rugby launch in Auckland last Wednesday. “It was good to catch up with a few of the boys from the other teams and good to go up with Ardie and Scraf [Scott Scrafton] from our side.”

Taramai says the young loose forwards in the group such as Manawatu’s Brayden Iose and Hawke’s Bay’s Devan Flanders have been training hard. “Those young guys are really good for the group, they are eager to learn and eager to train.”

Josh Southall is another young flanker currently making the most of his opportunities. Southall made the NZ Secondary Schools team in year 12 but then spent his year 13 season injured, and is reportedly training the house down at Rugby League Park on a part-time contract.

Since leaving the Upper Hutt Rams and Wellington over four years ago, Taramai has played over 40 matches for North Harbour and he also made 19 appearances for the Blues.

He has also been an integral part of Northcote’s recent success in club rugby. “We won two out of three club championships when I have played for them.”

He spent last New Zealand winter playing in the United States for the Glendale Raptors (now the Colorado Raptors) in the Major League Rugby competition.

“That was a good experience, it was enjoyable to play and live in a different culture far away from home.

The MLR competition is healthy. “A few of the teams have more of a fan base than others, but it is definitely growing and once it takes off I think lots of people will be attracted to go over there.”

Given a preference, Taramai plies his trade off the back of the scrum. “I enjoy playing No. 8, but also like openside flanker and can play blindside too, wherever I can help out.”

If he gets to play club rugby this year he looks forward to donning the Upper Hutt Rams colours. “That is where my rugby career started so if I go back to club rugby I will be keen to play for them again.”

Taramai is also switched on outside of rugby, with an electrical apprenticeship to return to should he desire to. But at 27, and when this current injury is behind him, he will have plenty more gas in his rugby tank.

The Hurricanes start their 2020 season with two tough matches on the road, starting with the Stormers in Cape Town on 2 February (NZT) and then then the Jaguares in Argentina on 9 February.

They then host the Sharks in Wellington on 15 February, have a bye the following weekend and then host Petone’s Mateaki Kafatolu’s Sunwolves in Napier on 29 February.

Last season the Hurricanes finished fourth, with a 12 win-3 loss-1 draw record, falling short to the eventual champions the Crusaders in the semi-finals.