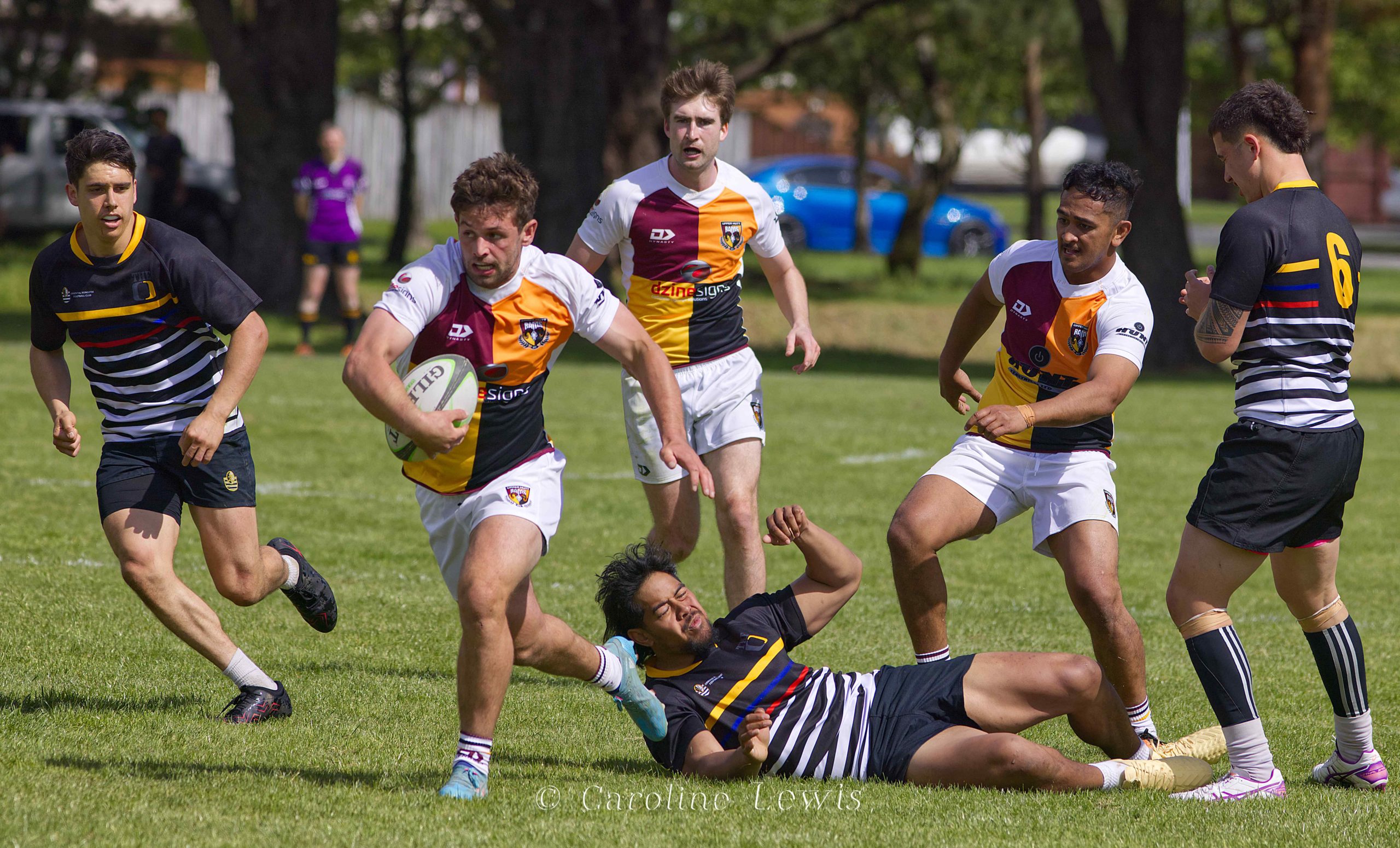 The Upper Hutt Rams laid on the fireworks in the Cup final in winning the opening leg of the WRFU American Ambassador’s Sevens tournament at Wise Park this afternoon.

The Rams easily accounted for Oriental Rongotai 47-12 in the decider. The Rams raced to a 21-0 lead and went on to lead 28-7 at halftime, which included two tries to Jono Ryan and one to Toby Crosby. Ories attempted to mount a second half comeback but the Rams switched from attack to defence and made a succession of second half turnovers. The winning try was scored from a kick-and-chase, and they scored another two tries to Ories’ one before fulltime to clinch a deserved win.

The Rams had beaten Old Boys University, 40-10 in their Cup semi-final, courtesy of a second half blowout. The Callum Harkin led OBU were the top qualifiers from the other pool and unbeaten. Ories, with several players in top form, including the trio of winners from last week’s Colts tournament, Sione Halalilo, Dom Ropeti and Ethan Webster-Nonu, were similarly impressive semi-final winners, beating the top Wellington Axemen contender 43-7.

Winners Upper Hutt had scored 164 points and conceded only 47 in pool play. They scored 26 tries in these four games, with Ories scoring the second most with 23. As well as Ryan and the dymanic Crosby mentioned above, brothers Todd, Josh and Scott Svenson, Tynan Barrett, Sio Fidow, Eli Hunt and young gun Ieti Campbell all contributed strongly at times.

However, Ories inflicted the Rams’ sole loss of the day when they beat them 28-17 in pool play. This match included a red card to another Rams player early in the second half for some dastardly referee back-chat, which was probably the difference between them clean-sweeping the day.

Earlier in the day, Marist St Pat’s women won their competition, which was a three-team shootout between themselves, Avalon and Paremata-Plimmerton.

Today’s tournament was played in fine weather and was run well, and the WRRA did a stellar job in officiating.

The teams now regroup and prepare for the second and deciding leg of the series next Saturday, scheduled to be held at Onepoto Park.