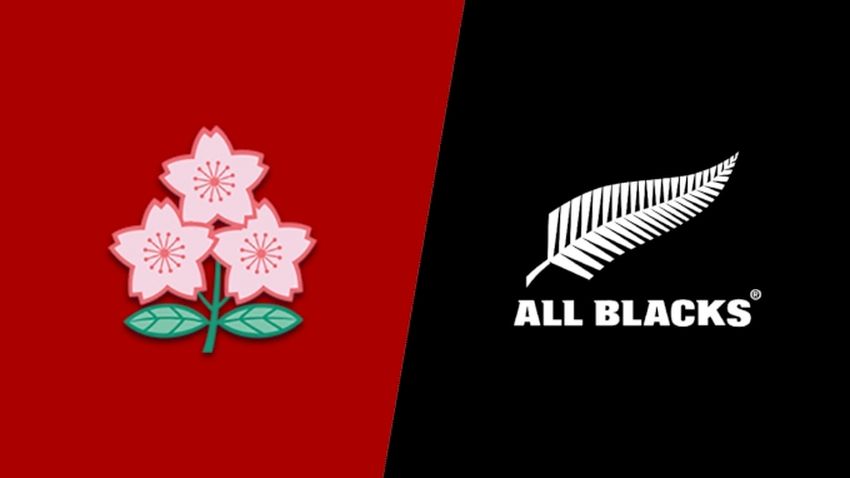 The All Blacks defeated Japan this past Saturday in the opening leg of their end of year Northern tour. Some fact and figures from the match by Peter Marriott below.

This match against Japan was played at the National Stadium in Tokyo. The All Blacks had previously played Australia at this venue in 2009, after which it was demolished and rebuilt.

In the All Blacks previous test against Australia at Auckland on 24 September (won 40-14 by the home side), a total of nine overseas-born players took the field for the All Blacks during the match. This was a new record number beating the previous high of seven which had occurred on six separate occasions, the first time as far back as 2005. In the match against Japan there were, for the first-time ever, eight players who had been born overseas. Those who started were Sevu Reece (Fiji), Nepo Laulala and Roger Tuivasa-Sheck (Samoa), Finlay Christie (Scotland), and Shannon Frizell and Samisoni Taukei’aho (Tonga). Tyrel Lomax (Australia) and Ofa Tu’ungafasi (Tonga) both went on as a replacement.

Aaron Smith appeared in his 112th test to equal Daniel Carter for most tests played by an All Blacks back.

It was Smith’s first time off the bench in 2022, he having started in all nine previous matches. The last time Smith went on as a replacement was against Tonga at Hamilton in 2019.

Both Stephen Perofeta and Roger Tuivasa-Sheck made their first test starts, in their second and third match respectively.

Anton Lienert-Brown made his first appearance this year, off the bench. He is the 41st player to be used by the All Blacks in their 10 tests held to date.

Brodie Retallick was issued with a red card in the 65th minute. It was the eighth to be handed out to an All Black in a test match.

It is well known the first-ever red card to be awarded to an All Black was during the test match against England at Twickenham in January 1925 when Cyril Brownlie was sent off for an early shower. Almost 42 years later Colin Meads was sent off against Scotland at Edinburgh but it was not until July 2017 the third All Black received his marching orders. On this occasion a red card was actually issued whereas the first two times were referred to as a sending off. Since 2017 red cards have been issued in 2019, 2020, 2021 and this year. However, 2022 is unique in that two have been issued during the same year. Earlier, in the second test against Ireland at Dunedin, Angus Ta’avao was sent from the field in the 30th minute.

Richie Mo’unga has started the last six test matches to equal his previous record of six starts in a row: the last three in 2019 and the first three in 2020. Such is the competition for the No 10 jersey it is five years since a player started six matches in row in the same year: Beauden Barrett in 2017 actually started in the first 10 matches.

Richie Mo’unga contributed 13 points during the match to take his overall total in all tests past the 350 mark to now rest on 359. Of that total, 35 have been scored against Japan. He is the only one who can lay claim to the two penalties kicked by the All Blacks in their five tests against Japan.

A total of 95 players have appeared in at least one of the five tests the All Blacks have played against Japan. Just 10 of that number have played in two, the balance having appeared in only one match. One of the 10 is Dane Coles who was originally chosen to play in this match but was a late withdrawal due to injury. He narrowly missed out on becoming the All Black who has played the most tests (three) against Japan.

Takuya Yamasawa’s 12 points (one try, two conversions and one penalty) is a new record total by a Japanese player in a test match against New Zealand.

A total of 12 overseas-born players: three each from New Zealand and Tonga, and two each from Australia, South Africa and South Korea, made an appearance for Japan during the match. One of the players from New Zealand, Warner Dearns, scored a try.

Between the two sides there were 11 attempts at goal. Richie Mo’unga kicked six from six while the two Japanese players Takuya Yamasawa and Seung-Sin Lee kicked three from three and two from two respectively.

When the number of wins are added to the number of draws it means the All Blacks have not been beaten in exactly 500 of their matches.

Beer with an All Black: Ian Kirkpatrick

Aisle be Back: All Blacks v Ireland 1.0