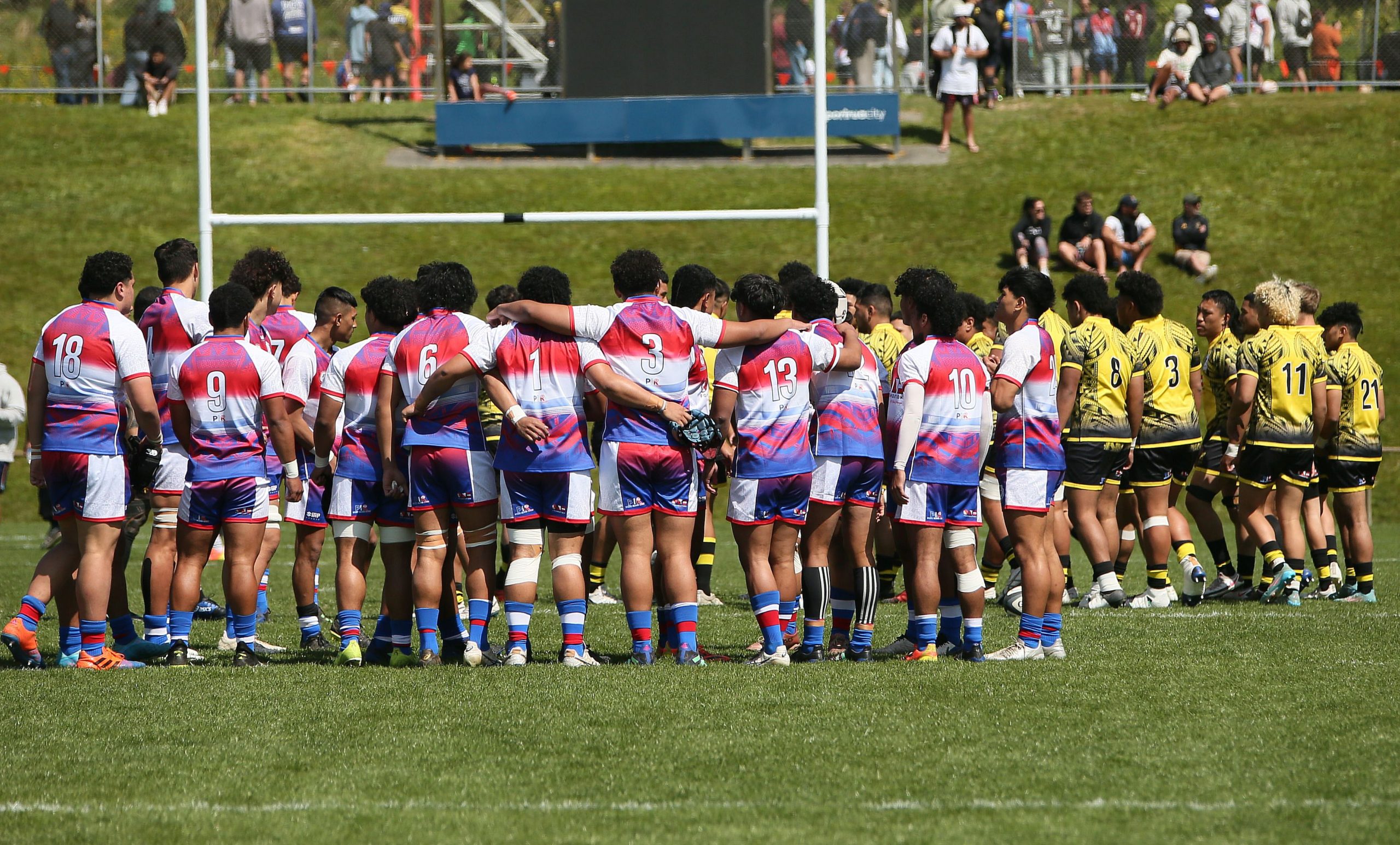 This coming Saturday there are two tournaments scheduled:

We will attempt to flush out some information on both tournaments as the week develops – details of both sketchy at best as of the time of publishing.

Moving ahead to the first two weekends in November, there is the WRFU two-leg American Ambassador’s Sevens series.

A hot afternoon, on and off the field down at Porirua Park on Saturday for the Wellington Samoa Rugby Union’s 50th anniversary celebrations.

A festival vibe at the ground, but the rugby was as hard-fought as any other that we have seen this year, and there were a couple of matches that went down to the last play.

Club Rugby covered four of the five matches on Jerry Collins Stadium, through photo galleries, so look out for them as they are posted.

Ngati Porou East Coast won the Lochore Cup, beating Mid Canterbury 25-20 in the final. This was their fourth trophy, a decade after winning the Meads Cup and following their back-to-back Division 3 titles in 1999 and 2000.

South Canterbury retained the Meads Cup on Saturday, beating Whanganui at home. The Wellington Lions will defend the Ranfurly Shield against the winners next year, as a mandatory Heartland union challenge.

The NPC Cup arrives home on Sunday, after a 22-year tour around the country:

Since 2000 there has been 9/11, the World Finance Crisis, Covid and Trump. Heaven forbid if there’s that much misery if Wellington has to wait another 22 years for a title.

What about Julian Savea‘s beast mode fend off of Canterbury centre Dallas McLeod, and the latter’s reaction as he hit the deck? Priceless.

A couple of Canterbury selections in the ‘New Zealand XV’ squad that perhaps jumped the shark?

PJ Sheck for the Hurricanes?

Kini Naholo to the Hurricanes?

Best game of the season for James Blackwell on Saturday? He played every match this season in the locking position.

Peter Lakai made the most carries and the fifth most tackles of anyone in the NPC.

Caleb Delany with two early lineout steals and a breakdown turnover was brilliant in the NPC final for Wellington.

Has Du’Plessis Kirifi played a better game for Wellington. Tighthead Sheck has made big strides and Billy Proctor was rock solid in midfield.

Who else changed the channel post-NPC final expecting the worst only to see the Black Caps taking it to Australia and about to post 200 for 3 in their T20 World Cup opener?

Anyone got a number for Hancock Mining Prospecting’s sponsorship team?

The Wellington Lions win the NPC for the first time in 22 years and the Dominion Post goes big on soccer.

Hats off to the Wellington Lions coaching staff. Head coach Leo Crowley’s comments in the media pre-match saying good luck to Canterbury, they won’t be wanting to play us tonight projected an air of confidence to the local fan that yeah, maybe we have got this one! Paul the Fish Tito for the set-piece and the lineout work and Tamati Ellison for his coaching that more than a couple of players we have interviewed these past few weeks have praised. These recent former Hurricanes players are clearly going places on the coaching front. Tito is going to Georgia next week.

Canada’s women have won 8 of their last 9 internationals and play the USA in the World Cup Quarter finals.

Italy made the Women’s World Cup quarter finals for the first time. They play France who they beat 26-19 in their most recent international.

Most tries by a Wellington forward in first-class rugby:

Wales made 245 tackles as opposed to Australia’s 96 in their 13-7 loss on Saturday in Whangārei. Aussie blindside Grace Hamilton made 171 metres on 28 carries. Alex Callendar made 28 tackles for Wales, the Black Ferns quarter final opponents.