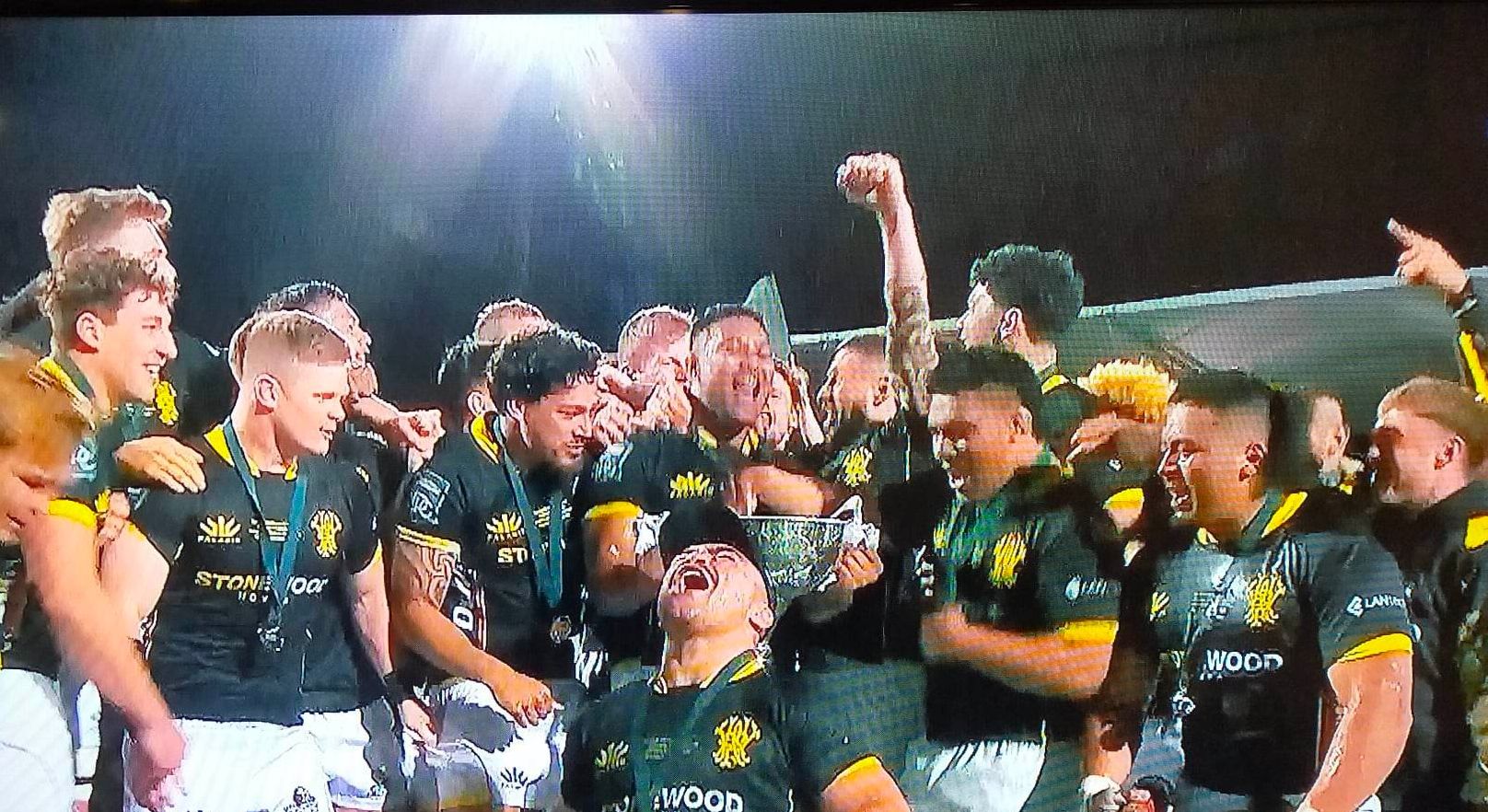 The drought is over.

Twenty two years after last winning the National Provincial Championship, the Wellington Lions have annexed their fifth  title with a muscular 26-18 win over Canterbury in the final in Christchurch tonight.

The Lions have added the NPC Cup to the Ranfurly Shield to end the season as deserved champions of New Zealand provincial rugby.

Details of their arrival at the airport on Sunday and of a parade through the city streets early this coming week are expected to be announced overnight on Wellington Rugby’s channels.

The Lions scored two first half tries and attacked Canterbury with aggressive, hard-hitting defence throughout the second half to hold off the red and blacks on their home turf.

There was a late flutter for Lions fans, after a missed penalty attempt and subsequent try against the run of play at the other end, as well as a yellow card conceded by replacement halfback Richard Judd.

This unconverted try cut the Lions’ lead to 23-18 with two and a half minutes remaining. Wellington resumed their relentless attack and sealed the match with a penalty kick, which fullback Ruben Love made no mistake of.

Earlier, the match kicked off in bright early evening Christchurch sunshine and the home side were on the board first with a penalty to their first five Fergus Burke.

Wellington leveled up the scores with a Jackson Garden-Bachop penalty, before striking for their first try.

Wellington blindside flanker Caleb Delany nabbed a Canterbury lineout and broke through in midfield through captain Du Plessis-Kirifi, who drew the last line of defence and sent fullback Ruben Love away for the try. The conversion made it 10-3.

Canterbury replied with a converted try to right wing Manasa Mataele and it was 10-10 after 22 minutes. Canterbury took the lead at 13-10 on the half hour mark with another Burke penalty.

In the 36th minute, Wellington finished off a strong period of attacking play inside the 22, with lock James Blackwell making a play at the line only to be tackled just short by Canterbury No. 8 Billy Harmon. Few stop hooker Asafo Aumua at close range, and he obliged to score to make it 17-13 to Wellington. This was the halftime score.

The Lions dominated territory in the second half, suffocating Canterbury behind their advantage line and defenders rushing up to harass them at every opportunity. It was all Canterbury could do, through such defenders at Harmon and openside Tom Christie, to stop Wellington’s phase play as they changed the angle of their attack frequently and got all all their men involved.

The 10-point buffer would stay that way until deep into the game, despite some more missed attempts on goal by Wellington, as Aidan Morgan replaced Jackson Garden-Bachop in the jockey position with about 15 minutes to play.

For Wellington, this was a team effort, all members of the side and all cogs firing well. As well as the aforementioned defence and wholehearted attack, another key area of the match was the set-piece, Wellington’s outstanding lineout and solid scrum proving match-winning facets.

Aisle be Back: All Blacks v England