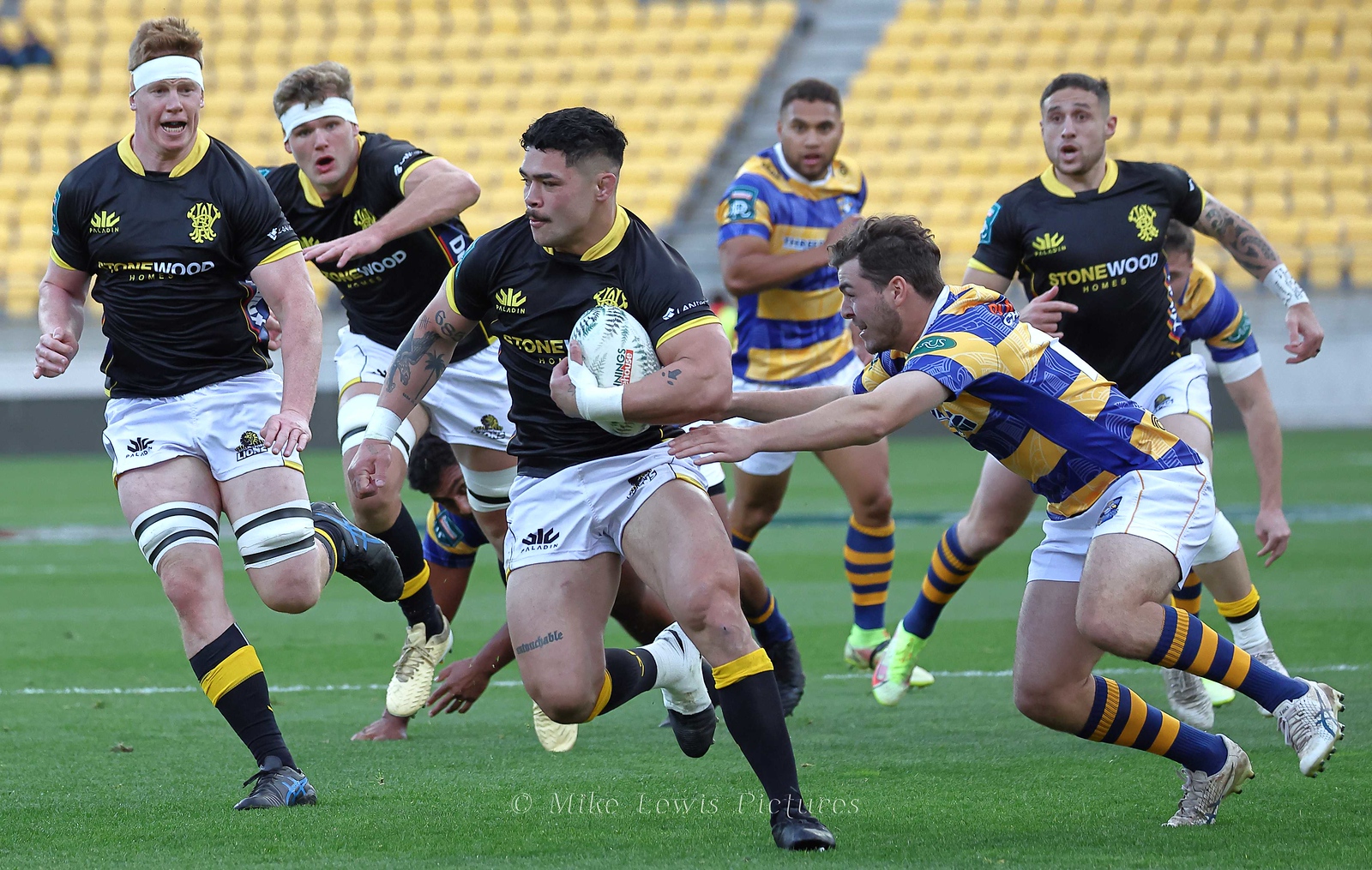 Seven weeks ago, Wellington Lions captain and openside flanker Du’Plessis Kirifi led his side to a horror 6-15 loss to the Northland Taniwha on his club home ground at Jerry Collins Stadium.

The Taniwha kept the Lions tryless and the Lions were toothless and seemingly lacking passion and commitment.

But Kirifi said that loss actually proved to be a blessing in disguise, as they haven’t lost a game since heading into this Friday night’s home NPC semi-final against Auckland.

“A silver lining from that game against Northland, was the fact that it was so bad it really made us look at ourselves from a critical point of view and ask ourselves how were we going to go about fixing the problems from that loss and start improving,” he explained in conversation with Club Rugby this week.

“Because it was such an ugly game, it was a real turning point for us – if it had been a better game, we wouldn’t have been so much better in subsequent games.

“I’m actually pretty grateful for that game, people say you learn a lot from losses.”

When did the Lions sense that they had really turned the corner?

“We beat Tasman in the middle of our ‘storm week’, then we came home and we backed it up, so we came away from that week with three wins from three and at that point of the season we were humming along quite nicely and the confidence was high.

“Winning a run of games like that creates a culture of confidence and belief.”

Kirifi’s Lions subsequently brought joy to Wellington’s long-suffering fans by winning (and retaining in one defence) the Ranfurly Shield.

“It was awesome to win it and we had a bit of fun because we wanted to celebrate that as it hadn’t been done for such a long time.

“But we didn’t get carried away as our focus quickly shifted to the Waikato game. But once we nailed that match and we knew we were keeping it for the summer we had a moment of acknowledging what we had just done as a team. We celebrated that win with all our partners and families, members and sponsors and it was special.”

Kirifi has been part of a well-balanced loose forward trio, including himself at openside flanker, Caleb Delany at blindside and Peter Lakai at No. 8.

What is it about Lakai that has made him an exceptional talent and player for the future?

“He is a special young man. One of the best things about Peter Lakai is you tell him to go and do something once he goes and does it. That learning process he has, his willingness to take on feedback from his peers and coaches and go out and implement it straightaway is a real strength of his. That has shown in his play, as the season has gone on, he’s gone from strength to strength.”

Kirifi has now played  51 matches for the Lions (34 as captain) cracking the half century in the 64-31 win over Counties Manukau on October 2. Asafo Aumua scored four tries in that game. What is Kirifi’s favourite game?

“Another favourite game was the semi-final against Canterbury a year later [30-19], we just played the way we wanted to play, and it was enjoyable. Dom Bird was playing for Canterbury that day.”

Bird is part of a well-performing Lions tight five this year so far, with a potential propping crisis averted.

“Depth-wise, there were a couple of aspects to our pack that I was a bit worried about, but I am very pleased to say that boys like PJ Scheck, Caleb Delany, Keelan Whitman and Taine Plumtree have really stepped up and taken big steps forward to where they were last year in this team.

“Then you couple that with experience in the likes of Pek Cowan, Dom Bird, James Blackwell and Asafo Aumua. Every week we are critical of where we can improve, and we all get on with each other like a house on fire and we love going to work with each other.”

What about Kirifi’s own game – this week he missed out on selection in the New Zealand XV tour party for upcoming matches against Ireland A and the Barbarians.

“Just like any job, you get it, or you don’t. Just like any job it is what you do in the aftermath, you look at what is keeping you out of the fold and for feedback and just try and work on those things.”

Kirifi’s dad, Jack, was the first New Zealand Women’s team coach in 1989. Is he closely following the Women’s RWC?

“Being the first coach is something he looks back on fondly. I think he is involved in a roundabout way with NZR or with the Pasifika Board. He was at the first Black Ferns game with my mum, and he will be going to a few more. He loves rugby, has got a lot of time for the community and is selfless so it is cool to see him enjoy those moments and see the Black Ferns run out for the first time at their home World Cup.”

“We have had Ayesha Leti-I’iga and Jonah Ngan-Woo training with us this year, and they don’t hold back either. They are just considered one of us when they come and train with us, full contact, lineouts and mauls, and they have been awesome, and we are proud to say we have been a small part of their process in their lead-up to the World Cup.

How do the Lions go about beating Auckland this weekend?

“I think for us as a team just to focus on what we do well. The second part is we have to acknowledge Auckland, the team they are and the individuals they have in their side that are phenomenal athletes.”

Wellington has a fine record in NPC semi-finals. The Lions have contested 16 semis since 1999 and accomplished 11 wins including a 48-23 victory over Auckland at Eden Park in 2000, the last time they won a NPC Premiership/Division I title. In that match All Blacks Christain Cullen (2), Jonah Lomu and Tana Umaga all scored tries for the Lions.