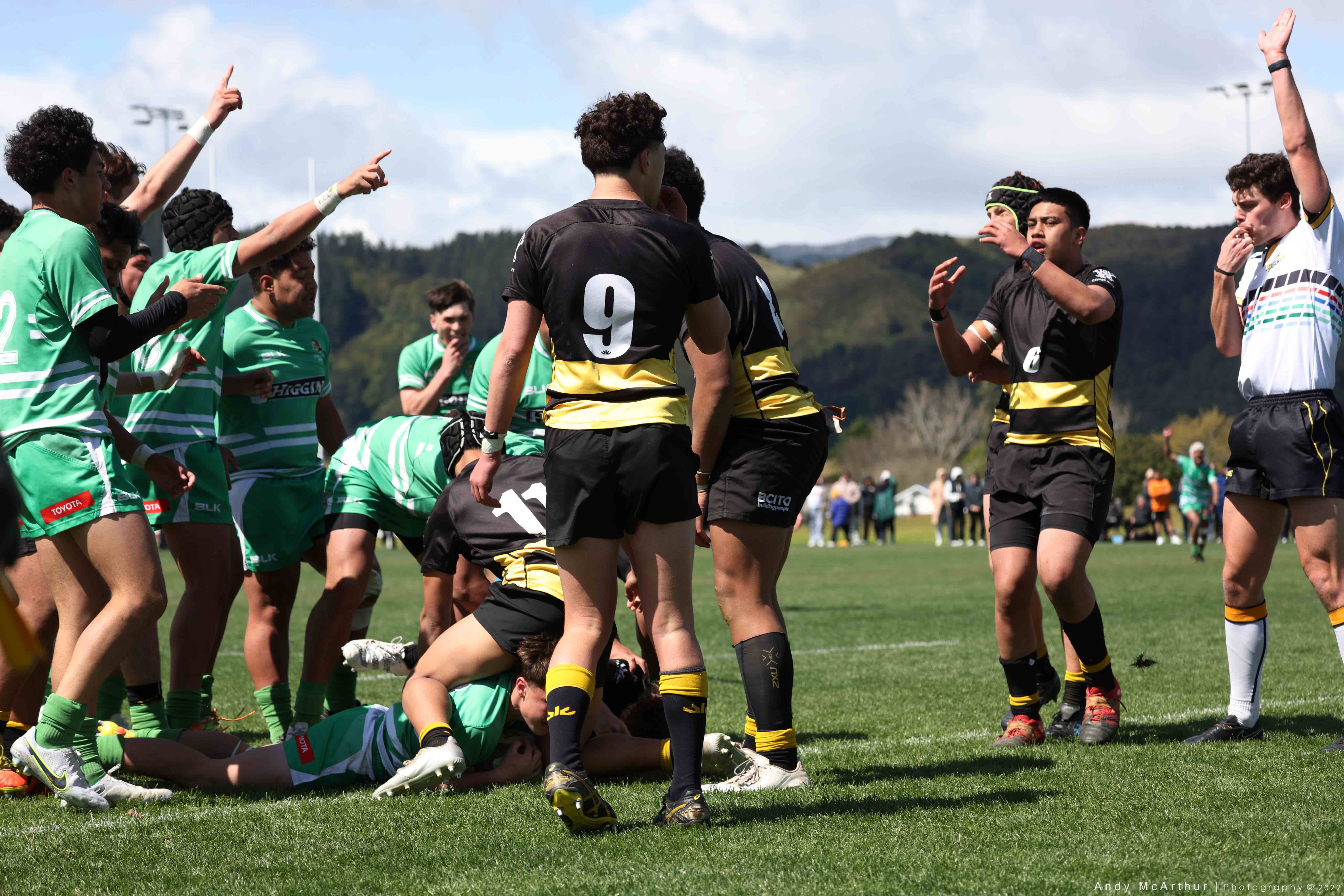 Manawatu and Poverty Bay are the 2022 Hurricanes Youth Council’s U16 tournament winners.

In the first game on Finals Day at a cool, windy Campus of Innovation and Sport in Upper Hutt on Wednesday, Poverty Bay and Wairarapa-Bush drew 17-17.

Read the review of the two finals on the Hurricanes Youth Council website here: http://www.hyrc.org.nz/news/snow-sunshine-success-at-somme-road-stadium.html

Poverty Bay skipped out to an early 12-0 lead, Wairarapa-Bush came back with a penalty, but Poverty Bay scored their third try to come back to lead 17-3 at halftime.

Wairarapa-Bush scored two converted tries to level it up, and finished the game strongly but were unable to score again, chances including two unsuccessful long-range penalties.

Scoring highlights of that match here:

Wellington opened the scoring with a penalty, but Manawatu ran in two slick tries to lead 14-3. A long build-up saw Wellington score their first try to cut the lead to 14-10. Manawatu crossed for third third try in halftime to lead 21-10 at the interval.

The second half was a tightly contested affair, both teams advancing their scores through penalties and Manawatu led 24-13 with about 10 minutes to play.

Wellington spent some time attacking inside Manawatu’s 22 and they finally scored to close the gap to 24-18. Manawatu held on and they had the final say with their match-clinching try on fulltime.

Some scoring highlights of that match here:

In the Division 1 playoff for third and fourth, Wellington Black held on to beat Hawke’s Bay 15-10.

In a tight finish, Hawke’s Bay were held up over the line under the posts with the final play of the day (below):

For a review of the playoff matches on the Hurricanes Youth Council’s website, visit: http://www.hyrc.org.nz/news/play-off-matches-provide-plenty-of-on-field-passion.html

Half century up for Wellington Samoa Rugby Union