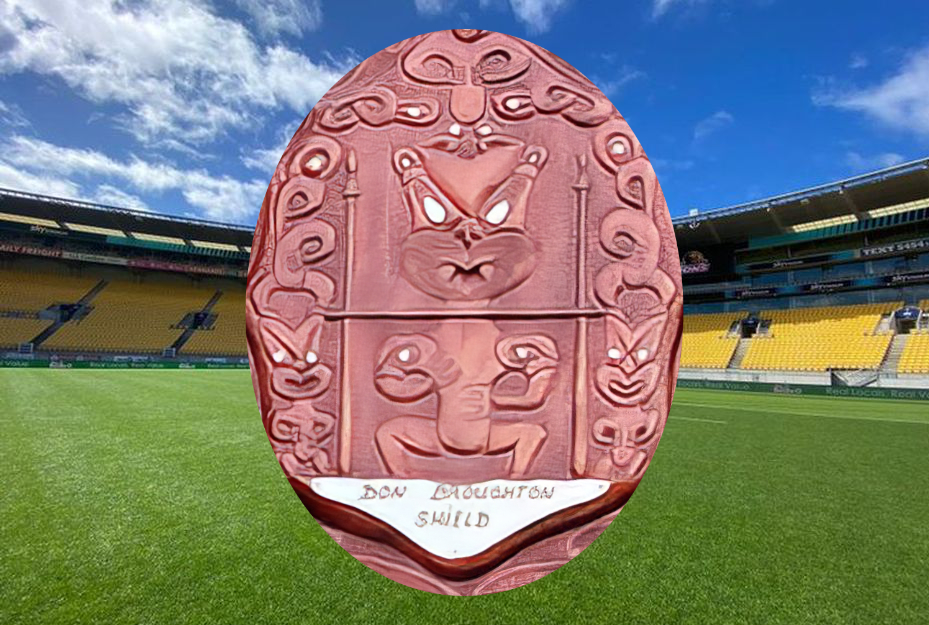 Updated below (with a couple of corrections from version 1.0 on Sunday night): After two disrupted years, the Hurricanes U16s tournament returns in full this week, to be played at the new Campus of Innovation and Sport (CIS) on Monday, Tuesday and Thursday.

As always, the teams are split into two divisions. The Division 1 teams play for the Don Broughton Shield and the Division 2 sides for the Saracens Cup.

Rounds two and three are played on Monday and Tuesday, with Wednesday being a rest day and Thursday Finals Day when the 2022 champions will be crowned and a tournament team will be selected.

All Round two matches tomorrow will observe a minutes’ silence before kick-off in memory of Sam Doyle and other members of the Hurricanes whanau who have passed away over the past 12 months.

The draw for the first two days is below

About the Don Broughton Shield

A full article about the Broughtons and the silverware that bears the family name can be read here: http://hyrc.org.nz/news/the-broughtons-of-punahau-maori-football-club.html

An extract from the link above about Don Broughton, of whom the Shield is named after is below:

“On moving to Levin from South Taranaki, Don Broughton joined the Levin Wanderers Rugby Football Club and is said to have played in the Horowhenua Māori team against the Wellington Māori side in 1954 and 1956. He played for the Levin Wanderers Club until he was well over 50 years old, as a flanker and No. 8.

“It is believed that Don married Mona Paki (Muaupoko, Rangitane) from Hokio Beach and his only son Tane (now deceased) represented Horowhenua at the Under 16 representative level. It is thought that it was at this time in 1972, that Don presented the Hurricanes Youth Rugby Council Shield that carries his name.

“Don worked for the Levin Municipal Abattoir and he was actively involved in youth rugby in the Levin area, also donating a trophy for the local Saturday morning competition. He was a great supporter of youth rugby, with a strong sense of community spirit.”

Players of the Tournament

2020: Tournament not played owing to COVID