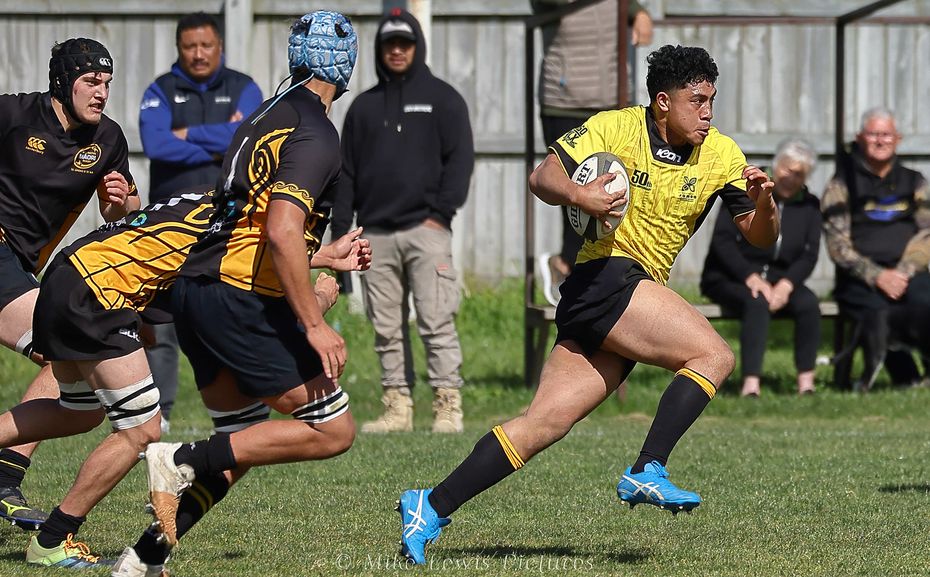 It’s Finals Day in the Hurricanes Youth Rugby Council’s U18 competition and Wellington’s first and only Ranfurly Shield of the year, in matches on Saturday.

All six U18s teams in the Hurricanes U18s still standing are in action tomorrow in three matches, two in Napier and one in Whanganui.

In Napier, and the Hawke’s Bay Saracens U18s are playing in the 1 v 2 final. Update: It has been brought to our attention that the Wellington Maori team defaulted to Poverty Bay, so PB finish third. Poverty Bay are playing a friendly against super-sub province Manawatu instead.

The Hawke’s Bay U18s-Wellington Samoans U18s match is for the Trustbank Central Shield.

Over in Whanganui, the home team’s U18s host the Wellington Centurions U18s in the 5 v 6 match. Kick-off at Spriggins Park is at 12.30pm.

Previously in the round-robin, none of these teams met, so there is no head-to-head form to assess in any of these three contests.

The Wairarapa-Bush and Horowhenua-Kapiti teams started the competition, but previously pulled out. Manawatu failed to make the starting blocks of this competition this year.

Elsewhere, the Hurricanes U16s competition starts this Saturday with the first traditional standalone competition round, before the tournament proper in Petone from Monday 3 October to Thursday 6 October.

The tournament features the eight Hurricanes unions and 10 teams (two each from Welllington and Hawke’s Bay) split into two divisions.

In Division A U16s matches tomorrow, Hawke’s Bay host Manawatu at Napier and the two Wellington teams clash at Petone at 11.30am.

The two Division B U16 fixtures see Wairarapa-Bush and Whanganui meet in Masterton and Poverty Bay and Hawke’s Bay Development play in Wairoa.

In one other match in Wellington on Saturday, the Wellington Samoans U18s Girls play the Whanganui U18 Girls at William Jones Park. Kick-off over the hill is 12.30pm.

The Wellington Lions play Waikato at Wellington Stadium at 4.35pm, in round eight of the National Provincial Championship and for the Ranfurly Shield.

Should they win, they will shoot to the top of the table in the NPC ‘Odds’ Pool with one round to play after this, whilst the Ranfurly Shield would be locked away for the summer.

Waikato are a blue-chip challenger, however. Coached by former Petone lock Ross Filipo, the defending champions are stacked with Super Rugby players and X-factor talent such as Damian McKenzie.

The two teams play a similar style and are on a similar scale of predictability, making this contest a good one for the neutral viewer but less so for the partisan fan.

It is also a high scoring match-up.

The 19 points the Lions scored to beat Waikato in Hamilton in 2013 (19-14) was the lowest winning score that scoreboard operators in this contest have posted in their past 34 clashes dating back to 1991.

The number 37 is significant for Waikato in these games – since 2004 they have posted a final score of 37 four times against Wellington, whilst Wellington finished with 37 last year.

The Lions’ highest score over Waikato was the 55-18 win in 1988, fullback John Gallagher kicking six conversions and 27 points in the 37-point win.

Wellington has played Waikato 44 times in all NPC matches, having won 24 and lost 20 of these.

Wellington has scored exactly 150 tries against Waikato in their previous 44 NPC meetings.

This will be Wellington’s first Ranfurly Shield defence since 2008, when they held off Tasman 26-20 in their one and only challenge that year, a week after winning it off Auckland.

Teamlists – as received (to be added in here if and when sighted):

Aisle be Back: All Blacks v Ireland 3.0