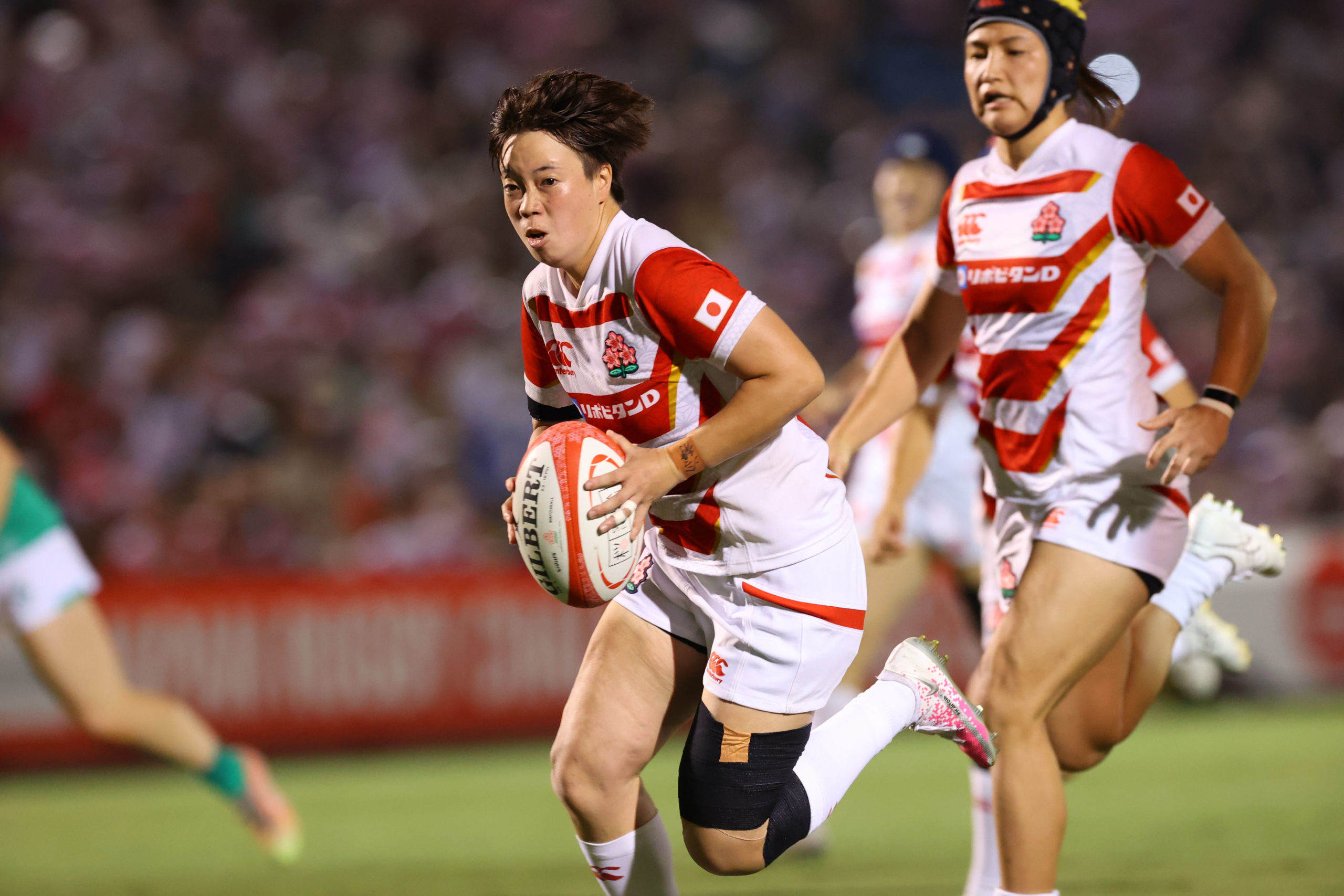 Sakura is the national flower of Japan, the cherry blossom which represents a time of renewal and optimism.

It’s also the name of the Japanese women’s rugby team – a team with good reason for optimism ahead of the World Cup starting in New Zealand on October 8.

Japan is ranked 13th in the world, but their results in 2022 have shown significant signs of improvement.

Sakura have won four out of six test matches, including May victories over Fiji (28-14) and Australia (12-10). In August, Sakura tied a series with Ireland after they lost the first test (22-57).

Is it possible Sakura will emulate their men’s team who were giant-killers at the 2015 and 2019 World Cup?

Halfback Megumi Abe and first-five Ayasa Otsuka have combined in five tests in 2022. The quick, smart and skillful pairing have been playing together since 2016 and are determined to carry on recent progress.

“Rather than doing anything special we want to show what we’ve been accumulating on a daily basis and that will lead to our best performance,” Otsuka said.

“Our goal is to reach the best eight but we don’t want to limit ourselves by saying that. We want to be at our best everyday and progress as far as we can.”

Otsuka was named player of the match and scored a try when Japan beat Australia in May. In July she scored another try in a hard fought encounter against South Africa. Her most spectacular try was in Tokyo on August 27. Japan smashed Ireland 29-10 that day after they had conceded half a century a week earlier.

“I was very happy to score those tries. In my position I don’t get a lot of opportunities to score tries but getting them creates momentum for the team.

“The ball comes out from Megumi very quick which means I can focus on making quick judgments throughout the game which brings more momentum to the team. The quicker Megumi plays, the faster the whole team plays which means we get momentum.”

Ireland stifled Japan’s momentum on August 20 at the Shizuoka Stadium, winning the second-half 38-7.

“In the first game there were a lot of mistakes and penalties at our end. We didn’t defend well enough so rather than change the plan we focused on good tackling and better catching,” Abe said.

“I made my debut in 2019 and I think we’re improving because there are more games and domestic camps.”

Japan have played nine test matches since returning to international rugby in the autumn of 2021. They are captained by prop Saki Minami (25 tests). The 32-member World Cup squad consists of 19 forwards and 13 backs with 17 players having ten or more caps, as well as nine players who were part of Japan’s Rugby World Cup team in 2017.

Abe and Otsuka didn’t attend the previous tournament in Ireland but have an extensive background in the game. Abe (24) started playing in fourth grade when she was ten, quitting volleyball because it was “boring.” She won a National tournament at Iwamichisuikan High School and plays sevens and fifteens for Arukas Queen Kumagya. Her favourite player is Aaron Smith.

Otsuka (23), whose favourite player is Daniel Carter, is from a rugby family and started playing when she was three. Capped nine times, she plays domestically for Grace, a parent organisation of Ryutsu Keizai University Rugby Club.

Japan is grouped with Canada, USA and Italy who are all ranked ahead of Japan. Earlier in September, Italy stunned one of the pre-tournament favourites France 26-14 after losing the first test of that series 0-21.

Japan will get a good measure of where they stand on Saturday when they tackle the Black Ferns at Eden Park on Saturday. New Zealand are the defending World Champions and have won 30 of 32 tests at home.

“All I know about the Black Ferns is that they are a very strong team so to fight against them we don’t want to focus on them too much. We need to focus on ourselves, attack and defence. If each of us focuses on getting the key details of the game right that will be the best way to combat them.” Abe said.

Japan coach Lesley McKenzie was a combative hooker capped 25 times by Canada. She played the World Cup in 2006 and 2010 before transitioning into coaching.  In 2014, McKenzie was the Wellington Rugby Football Union’s girls development co-coordinator before shifting to Whanganui for a similar role. In 2018 she relocated to Japan to coach the national sevens team, a year later taking the reins of the fifteen-a-side team.

Japan has attended four previous World Cup tournaments and won four out of 17 games. Their best performance was 11th place in 2017.