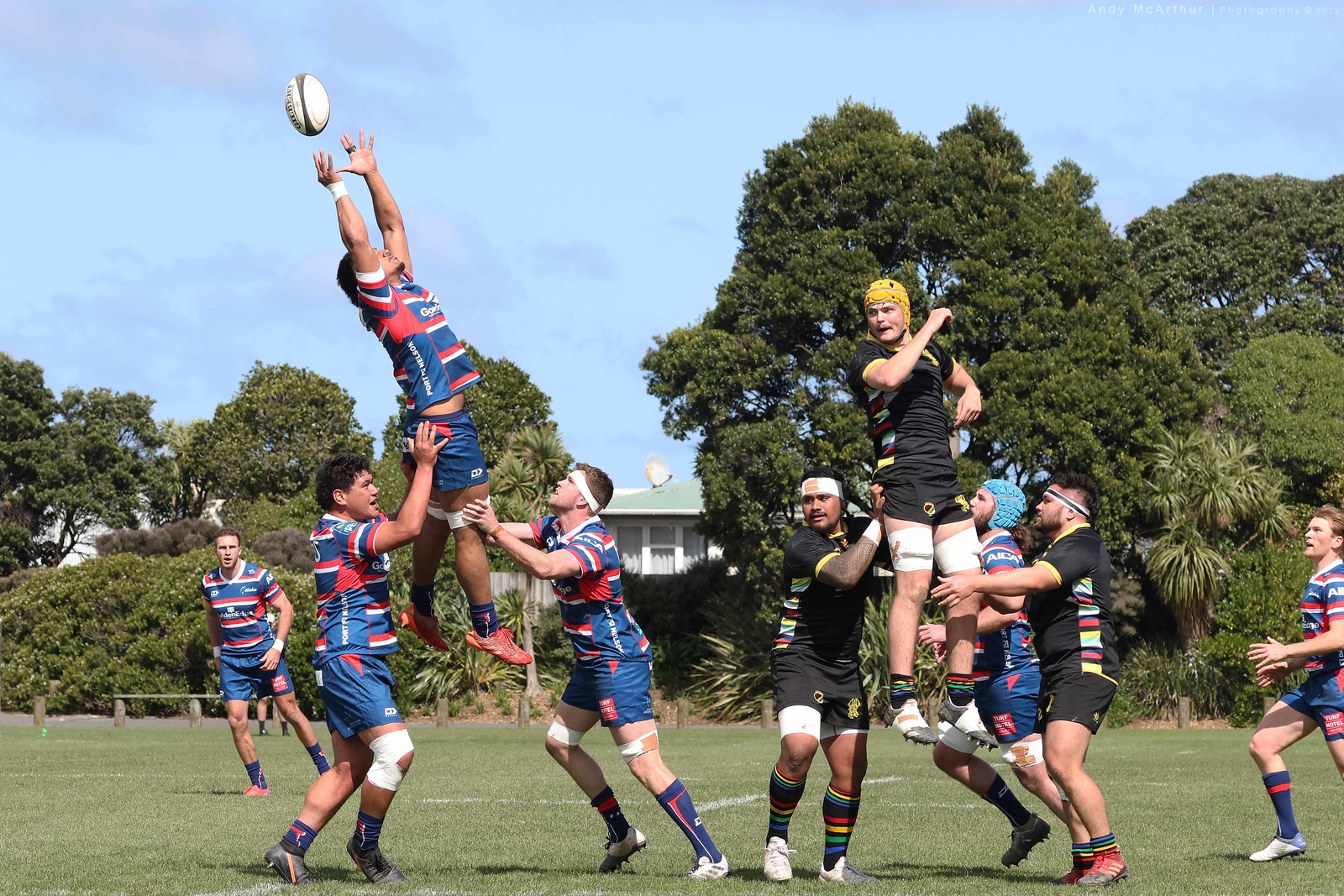 We appear to have come to the end of the line as far as Saturday afternoon community rugby is concerned in Wellington for 2022, with the Hurricanes U16 competition being played at Petone over the first week of October. Also, some sevens tournaments to come starting in a month or so.

The Wellington Lions host the Waikato Mooloo in round 8 of the NPC and in their first Ranfurly Shield defence at Wellington Stadium at 4.35pm.

In one result we didn’t have on Saturday night, the Wellington Centurions U18s Girls beat the Whanganui U18 Girls 34-12 in Whanganui on Saturday.

Canterbury conceded an unusually high 39 points in their win against Counties-Manukau in the NPC this past weekend. The number of points is the second highest number of points Canterbury have conceded in winning a game this Millennium. In 2010 Canterbury beat Wellington 57-41 in a semi-final. In 2004 Canterbury and North Harbour shared a 43-43 draw.

When Wellington won the Ranfurly Shield off Waikato on 1 August 1953, it was the 200th Shield fixture. Wellington held it for 50 days.

Great to see Julian Savea playing with such passion and intensity on Saturday. Winding back the years.

The TV graphic showed Xavier Numia as having playing 76 NPC matches for Wellington, so another couple of seasons he will join the 100-club, which is extremely rare these days. Who was the last player to bring up 100 matches for the Wellington Lions? The way Numia is playing, he might not get there as higher honours could be beckoning over the next couple of seasons. Update: Apparently that was a typo and was supposed to say 36 games not 76! But the rest of this comment still stands.

One thing that we have been curious of in recent weeks is how is it that Manawatu can’t or won’t field an U18 team in the Hurricanes Youth Council’s U18 competition? We know they have the players to choose from between Palmerston North Boys’ High School, Feilding High School and several smaller colleges such as MANUKURA etc. A Manawatu U18 side played and beat the Wellington Maori U18s last weekend at Evans Bay Park and we heard was in action this Saturday in Taupo, so travel costs is not the issue.

This event at Porirua Park on Saturday 22 October:

Rough day for Horowhenua-Kapiti losing 23-89 to North Otago in the Heartland Championship. It’s not the worst result for HK. In 1994 they lost 12-108 to Counties Manukau. Jonah Lomu scored three tries as a 19-year old in that game. North Otago scored 116 against East Coast in 2010.

Ngāti Porou East Coast have won seven games in the past two seasons in the Heartland Championship, including three out of five this year. Between 2014 and 2020 they didn’t win a game in a 54-match losing streak.

Jordie Barrett has scored 20 tries in 43 tests and five tries in 10 tests against Australia.

Have the All Blacks ever surrendered an 18-point deficit to almost lose. The score in the 1999 World Cup semi-final against France at halftime was 24-10 to the All Blacks, France eventually winning 43-31.

The largest aggregate in a Bledisloe Cup test is 88. In 2017 the All Blacks beat the Wallabies 54-34 in Sydney.

Darcy Swain’s foul on Quinn Tupaea was ugly and worthy of red and reminiscent of Colin Meads ‘chicken wing’ attack on Ken Catchpole in 1968.

Yellow cards are becoming so frequent in rugby they’re like power plays in the NHL.

Is it time to reduce the number of points for rolling maul tries? How repetitive and boring are they?

Mathieu Raynal’s call at the end of the Bledisloe Cup test in Melbourne was like calling a foot fault or time violation in the fifth set of the Wimbledon final.

Mathieu Raynal officiated the girm match in 2017 between the British and Irish Lions and the Crusaders, a tryless contest won 12-3 by the Lions with six scrum penalties.

The Black Ferns World Cup squad announcement in Auckland last Tuesday was historic, not just for the 32 players selected but for assistant coach Whitney Hansen. She is the first woman since Vicky Dombroski in 1994 to coach the Black Ferns. Sue Garden-Bachop was a selector for the 2002 World Cup win in Barcelona. There are 366 combined caps and eight previous World Cup winners in the squad. Fellow coach Wayne Smith has tried 39 players and 15 debutants in the five test wins since June. Hansen played 111 games for her Canterbury University side, winning three senior championships and playing in a number of positions, including the entire front row, blindside flanker and No 8. She played 14 games for Canterbury between 2011 and 2014. Her sister Jessie played 29 games at lock for Canterbury. Sir Steven Hansen coached the All Blacks to World Cup glory in 2015. His overall record was 93 wins in 107 tests between 2012 and 2019.

England women beat Wales 73-7 in their last World Cup warm up. They have won a word record 25 tests in a row by an average score of 47-8.

We were sent this last week – not a bad career, and it’s still going.