Skip to content
You are here
Home > Club Rugby > Pioneers of rugby in Wellington: 029 Billy Wallace 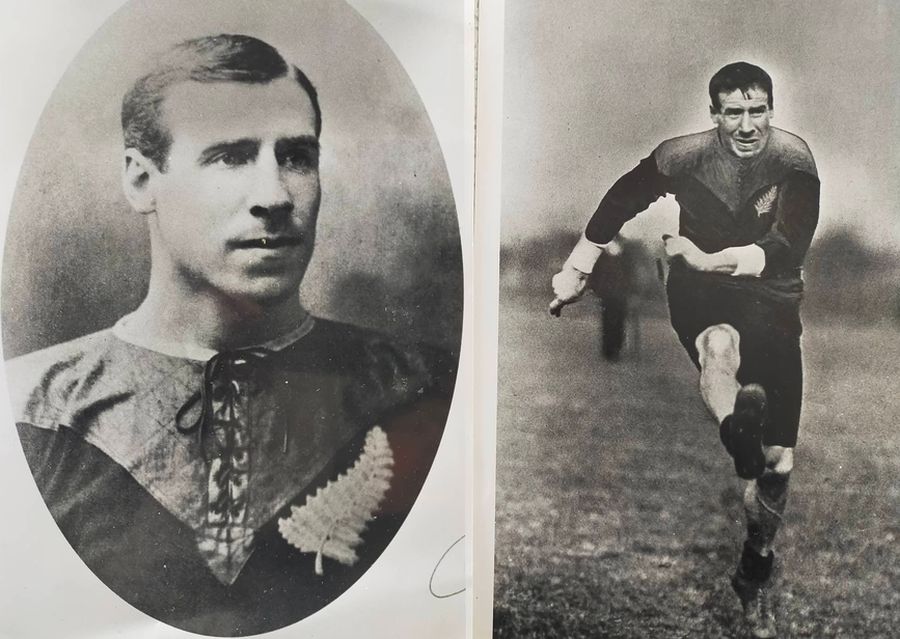 Carbine was a popular racehorse who won 33 of 43 starts including the 1890 Melbourne Cup and failed to place only once and that was because of an injured hoof.

In 1892 Carbine sired a Colt named Wallace, so named after the champion’s owner Donald Wallace. Carbine’s progeny went on to become a champion in his own right.

Meanwhile, in Wellington a future rugby star named William Joseph Wallace was growing up and attending Mount Cook Boys’ School where he and his friends caught the rugby bug that was catching on in the city. Wallace and friends used either a pig’s bladder or wrapped up clothes as a ball and played amongst themselves.

Some 10 years earlier another rugby-made teenager and his friends had done likewise and started a club that became Poneke Football Club. This was Sid Nicholls, and Wallace joined his club and came under the wing of him and other founders.

Wallace was put at centre for Poneke and as well as being fast and elusive he had another attribute that would help take him far in the game. He was a deadly accurate goal-kicker. His preferred position throughout his career would be wing, but he also played many times at fullback at all levels including for the All Blacks.

Wallace soon impressed and he soon made his Wellington representative debut as a 19-year-old in 1897.

He spent a season playing in Dunedin for the Alhambra Rugby Football Club and represented Otago in 1900. He represented Poneke (as captain for eight seasons) and Wellington throughout the rest of his career until retirement in 1908.

Wallace played for New Zealand at fullback in their first official Test on 15 August 1903 in Sydney against Australia. Wallace scored 13 of 22 points (won 22-3), all from his boot. This was the sole international in an 11-match tour. Wallace played all 11 matches and topped the scoring with 87 points.

The following season, Great Britain toured New Zealand. Wallace played on the wing in the only international in Wellington and kicked a penalty in the 9-3 win. Petone wing Duncan McGregor scored two tries.

He toured Australia a second time with New Zealand in 1905, playing in five of seven matches. No internationals were played this time.

Then came the famous 1905-06 ‘Originals’ tour to Britain, France and North America.

New Zealand up against Devon, the south-west England champions, in the tour opener in England. New Zealand won 55-4 (27-0 at halftime). Right wing Wallace’s contribution? Three tries, a penalty and eight of 12 conversions for 28 points. This was a record that wasn’t broken until 1951, by University club wing Ron Jarden. What’s more, Wallace played the game wearing a sunhat.

He played in all three tests in Australia in 1907, kicking four conversions in the 26-6 win on 20 July in Sydney, scoring a try and a conversion in the 14-5 win on 3 August in Brisbane and adding a conversion to Poneke teammate Frank Mitchinson’s try in the 5-5 draw on 10 August in Sydney.

Now aged 30, he faced the Anglo-Welsh in the 1908 home series for the All Blacks. The 3-3 draw at home in Wellington on 27 June was his final test. He had to retire due to knee cartilage issues.

He finished playing with 527 points from 112 first-class appearances – the first New Zealander to surpass 500 points. For the All Blacks he made 51 appearances and scored 379 points.

His playing career over, Wallace remained active in the game, as an administrator and coach. He was elected a Life Member of both Poneke (in 1929) and Wellington (1971).

When he finished played, Wallace was presented with 400 sovereigns (about $70,000 in today’s money) by his many supporters. He invested this into his iron foundry business.

In 1966, Wellington’s Best & Fairest competition was set up in his name. This has been running continuously ever since.

In 1969 he became Poneke’s first patron.

Wallace was inducted into the New Zealand Sports Hall of Fame in 1990.