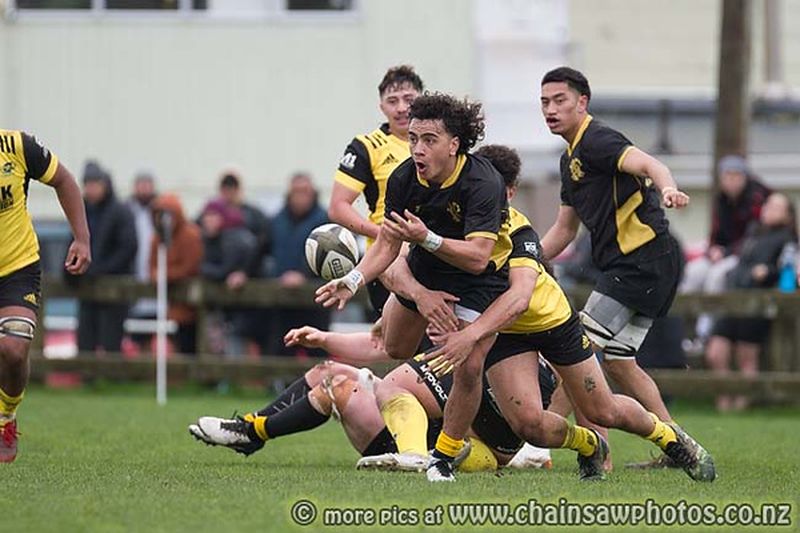 Updates #5: The 2022 representative season reaches its peak this weekend in terms of teams in action and games played.

Starting today at the new Campus of Innovation and Sport (CIS) turf and continuing through to Sunday afternoon at Wellington Stadium, there is much to look forward to in Wellington and the lower North Island this weekend.

Update 3: The Wellington Māori side has beaten Poverty Bay Māori 55-7 in the opening match of this tournament.

Update 5: The Canterbury Māori team has beaten their Hawke’s Bay counterparts 32-20 in the second match.

It is also ‘Top 4’ weekend for the country’s leading secondary school First XVs. Semi-final games at Massey University today and Finals Day on Sunday, with the Girls final scheduled for 10.30am and the Boys decider at 12.30pm. Hurricanes schools involved are Napier Boys’ High School (Boys) and MANUKURA (Girls).

Update 1: MANUKURA have beaten Auckland Girls’ Grammar School 32-31 in the opening Top 4 match of the day. MANUKURA lead 29-5 and later 32-19 but had to survive a withering comeback over the final 10 minutes from the Auckland and Blues champions.

The Wellington U19s will need just a solitary competition point to retain the title from their third and final Central Region Shield Hurricanes U19s competition match against Manawatu U19s at Lyndhurst Park at 1.00pm.

Wellington are without the services of Bradley Crichton and Siale Lauaki, both heading to Christchurch on Sunday in preparation for the NZ U19 tour to South Africa. Dominic Ropeti captains the side from blindside flanker and other key players to watch tomorrow include openside flanker Toby Crosby and first five Chicago Doyle. Strength off the bench too. Wellington are coming off a 54-3 win at the same venue against the Hurricanes Heartland U20s. In torrential rain, Manawatu pressed hard for 50 minutes against Hawke’s Bay last weekend but were over-ran in the back end of the game and lost 38-0.

The Wellington Centurions are back at the Petone Rec at 1.00pm for their penultimate game of their 2022 campaign, hosting the Hawke’s Bay Saracens.

The Centurions have a long injury list, but welcome back captain and lock Hugo Plummer from Wellington Lions duty last week. Amongst other changes, Harrison Boyle moves from fullback to first five, Callum Harkin starts at second five and Zane Ainslie comes into the side at fullback. Logan Love trades places with Kyle Preston off the bench at halfback.

The Hawke’s Bay side features a clutch of former and current Premier club players in their team, so will be strong contenders to take this one.

It’s the second round of the Hurricanes Youth Rugby Council’s U18 competition, with two matches at Evans Bay Park in Wellington and two at Napier.

At Evans Bay Park, the double header starts at 11.30am with the opening match between the Wellington Māori U18s and the Horowhenua-Kapiti U18s. Note time change, first reported as 2.30pm for this game.

The second game at Evans Bay kicks off at 1.00pm between the Wellington Samoa U18s and the Whanganui U18s.

At Napier, the Wellington Centurions U18s and the Poverty Bay U18s meet in one match at Tremain Field at 2.30pm and the other is between the Hawke’s Bay Saracens U18s and the Wairarapa Bush U18s.

Wellington’s U16 teams are also in action tomorrow in a game of three halves, as they prepare for the upcoming Hurricanes U16s series.

In three matches involving lower North Island Heartland sides, Horowhenua-Kapiti are hosting King Country at Levin at 2.30pm, Whanganui are hosting South Canterbury at Cooks Gardens at 2.30pm and Wairarapa Bush are away against Thames Valley.

Manawatu will be hunting their first win of the NPC against Counties-Manukau at Pukekohe on Saturday night, while the Wellington Lions will be out to extend their purple patch against Otago at home at 2.05pm on Sunday afternoon.

This Sunday Wellington and Otago are playing their 120th game against each other and also playing for the Mike Gibson Memorial Trophy.

Gibson was a popular and dashing centre and wing who played for both Wellington and Otago in the 1980s, before dying of Leukemia, aged 27. He played three seasons for Otago, and one full season in Wellington and for the Lions before cancer struck and he passed away the following year in 1988.

In his honour, Gibson’s Bay of Plenty-based family commissioned a trophy to be played annually between Wellington and Otago and his parents and several family members brought it down to present it to the inaugural winner. The trophy was carved by Winiata Tapsell, a grandson of Winiata Tapsell who played for New Zealand Maori against the Springboks in 1921.

From the vault: When Otago and Wellington met at Wellington on 24 July 1883, it was the first clash between a North Island union and one from the South Island, and Wellington’s first official game. Wellington won 1-0, with Henry Roberts the try-scorer.

One thought on “[Updated] Representative rugby rolls on this weekend”