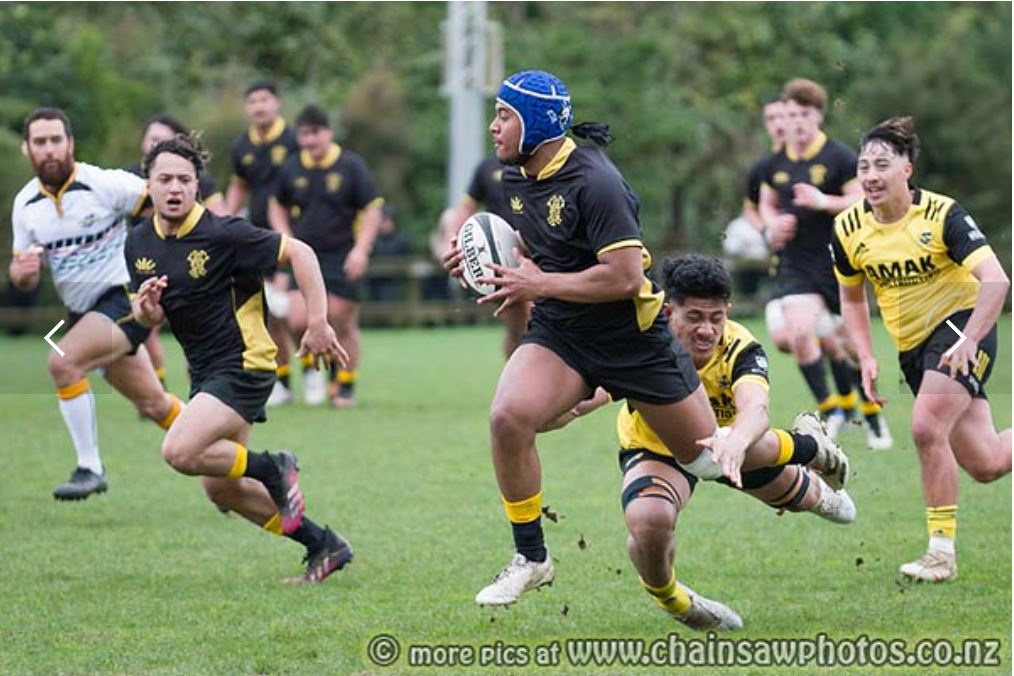 Afternoon updates: This coming weekend is probably the last ‘big weekend’ of 15s rugby in the lower North Island, with multiple matches for supporters to follow before it starts to wind down for the year over the following weekends.

There are two matches on Wednesday.

It continues on Friday with day one of two tournaments.

Other representative games on Saturday 10 September include:

Wellington will need just a solitary competition point from their final U19 central region Shield match this coming weekend against their Manawatu counterparts to retain the spoils.

A good shift from openside flanker Sione Halalilo for the Lions on Saturday against Southland, capping it off with a try.

Whanganui and South Canterbury the two unbeaten teams at the top of the table after the first three rounds of the Heartland Championship.

Like at most venues in Wellington, Manawatu can’t or won’t provide a scoreboard and clock for spectators for their representative team games. It’s poor that everyone at the ground has to keep their own score and time or not know the state of the game. Two games at Arena Manawatu on Saturday and several hundred combined spectators in the stand.

Congratulations to the Carisbrook Bushpigs for going back-to-back in the National U85kg competition. They beat the Auckland University Debt Collectors 21-19 in the final. Not to take anything away from these guys, but if they are allowed to enter again next year, being a composite/representative team, then there is no reason why the likes of “Hutt Valley” or “Hamilton City” as composite sides can’t enter either and have a decent shot at the title.

The Hurricanes Regional final between Napier Boys’ High School and St Patrick’s College, Silverstream ended in a 17-17 draw. World Rugby rules dictate no Under-19 match can be decided in extra time. A ridiculous rule that has hurt many teams in the past.

Interestingly, Manurewa beat AGGS 4-2 in the final of the NZSS Rugby League tournament on Friday, with players from these two schools also comprising the bulk of the tournament team. So presumably it’s the same players heading to Palmerston North at the end of this week for the rugby finals.

Two familiar Willie’s in Southland’s line-up against the Lions on Saturday – former Petone players Willie [Villami] Fine on the wing and Willie Tufui on the bench.

What about this try on Friday night (below). Try of the Year contender right there.  There were a couple of other great tries from this match as well, including Manawatu’s first try that was set up by halfback Luke Campbell and scored by first five Brett Cameron under the posts. Manawatu are 0-5 but deserve a couple of wins in the second half of the competition.

The All Blacks scored a half century against Argentina for the first time since a 57-22 win in Hamilton in 2016.

South Africa beat Australia 24-8, 8 being the lowest score the Wallabies have managed against the Springboks since 2012. South Africa leads the head-to-head count 49-40 with three draws.

Auckland and Canterbury will contest the Farah Palmer Cup Premiership final for the eight time after Canterbury ended a disappointing Wellington Pride season 31-3. Auckland flipped a 5-41 hiding to Waikato a fortnight ago to end the season of the defending champions. Of real encouragement was the outstanding form of Auckland first-five and Black Ferns co-captain Ruahei Demant.

Flankers Leah Miles and Lucy Jenkins and outside backs Marath Mataele and Rosie Kelly are among those putting their hands up for Black Ferns selection in the Farah Palmer Cup.

Jamaica on fire in the 7s:

"Sporting that haircut, you've got to be pacey!" ⚡️@Jamaica_Rugby will be hoping for more moments like this at the #RWC7s! 🇯🇲#HereToSevens pic.twitter.com/oUNwrRfmRe

The All Blacks have climbed to fourth in the world rankings, while the Springboks have dipped to eighth, following this weekend’s Rugby Championship games. South Africa are third and Argentina sixth.

Haha Wikipedia , I love you pic.twitter.com/Io2Pao2Aff

England Women beat the USA 52-14 this past weekend to record their 24th consecutive win which equals the Black Ferns run between 2001 and 2009. England have won 29 matches in a row at home and 55 of their last 58 internationals.