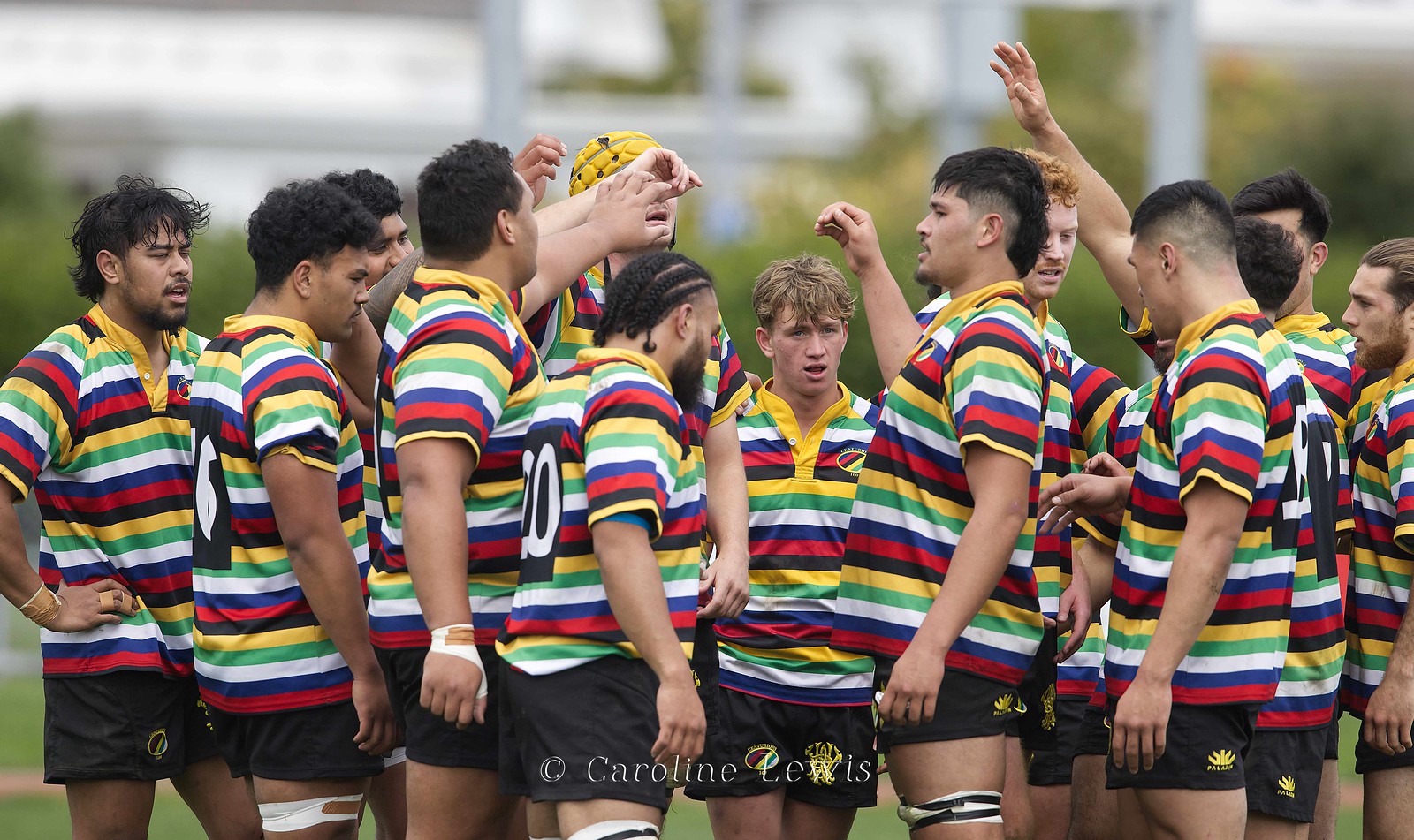 The Centurions carry on from their win last weekend against their Taranaki counterparts to play the Manawatu Evergreens in Palmerston North on Saturday.

1.oopm updates: There are several representative matches and more college rugby that headlines the weekend’s community rugby around the Wellington region and in the Manawatu this weekend.

The rugby starts this afternoon with the Hurricanes Boys First XV final between St Pat’s Silverstream and Napier Boys’ High School. This kicks off at neutral Arena Manawatu at 4.35pm, with the match live on Sky TV and with coverage here on Club Rugby.

The winner gets to compete at the National Top 4 tournament next Friday and Sunday just down the road at the Sport & Rugby Institute at Massey University. The Hurricanes winner will play the Blues region decider on day one, likely Kelston Boys’ High School.

Silverstream and Napier get to compete in this final following hard-fought semi-final wins, both reeling in deficits to win. Silverstream came back to beat Feilding High School 16-12 and Napier fought back from 3-17 down to beat defending national champions (from 2019) Hastings Boys’ High School 20-17.

Moving on to Saturday, there is one remaining college final as well as finals day in the Hurricanes region invitational U15 tournament. There are several matches kicking off at 10.00am at undisclosed venues ahead of the final at St Pat’s Silverstream #1 at 1.00pm. Finalists to be confirmed.

Moving into the representative rugby sphere, and there are two games in the Wellington region tomorrow.

Starting at Lyndhurst Park in Tawa at 1.00pm, the Wellington U19s and the Hurricanes Heartland U20s meet in round two of the Central Region Shield competition.

The Wellington U19s are coming off an opening round win in Napier against the Hawke’s Bay U19s and the Heartland provinces selection lost to Manawatu last weekend.

The second match of this series tomorrow is at Arena Manawatu at 1.00pm, between the Manawatu and Hawke’s Bay sides.

In one Men’s match at home for Wellington teams, Wellington Samoa play the Wellington Fijians at the Petone Recreation Ground, kick-off 1.00pm. Note that in a late change, the Fijians have replaced Whanganui B as oppo

Over the hill, William Jones Park in Wainuiomata was slated to host the contest between the Wellington Māori U18 Girls and the Wellington Centurions U18s Girls but in a Friday afternoon update this game has been CANCELLED. The other match in this U18 Girls series is at Paraparaumu Domain at 12.30pm between the Horowhenua Kapiti U18s and Wellington Samoa U18s sides.

Over the big hill, there are three games in Masterton.

The Hurricanes Youth Council’s U18s Boys competition kicks off at 12.00pm with the Centurions U18s and the Wairarapa-Bush U18s meeting at the noon hour at Memorial Park.

The Men’s Wellington Māori team plays the Wairarapa-Bush Bs at Masterton’s Memorial Park, ahead of the third round Heartland Championship fixture between Wairarapa-Bush and Horowhenua-Kapiti at 2.30pm as part of the union’s 50th anniversary celebrations.

The third Men’s representative match tomorrow is being played at Arena Manawatu inside the main Stadium, between the Manawatu Evergreens and the Wellington Centurions. Kick-off is at 12.00pm (brought forward from the previously advertised time of 1.00pm).

There are three more HYRC U18 fixures, two at Levin and one at Gisborne. At Playford Park, Levin, the Wellington Maori U18s meet the Whanganui U18s at 12.30pm, followed by the Wellington Samoans U18s and Horowhenua-Kapiti U18s at 2.00pm. Up the line, Poverty Bay host the Hawke’s Bay Saracens U18s.

There are two NPC and one FPC match involving Wellington and Manawatu teams this weekend.

The Manawatu Turbos will be hoping to get their show on the road at Arena Manawatu this evening against the Tasman Mako. Kick-off follows the school final at 7.05pm.

On Saturday, the Wellington Lions travel to Invercargill to meet the Southland Stags, kick-off 4.35pm.

On Sunday, the Wellington Pride meet the Canterbury Women in their FPC semi-final in Christchurch, kick-off 11.35am.

Since the start of the NPC 1976 the two sides have met 32 times with Wellington winning 26, Southland 5, and a solitary draw. Overall the ledger stands at 69 wins for Wellington,23 for Southland, and 7 draws in their 99 clashes.

The last time Wellington lost to Southland was on 24 August 2002. Southland prevailed 22-20 that day in Invercargill. Interestingly, Southland had also beaten Wellington 25-15 when they met at the end of July in pre-season at Petone.

The two unions first met in Wellington on 29 July 1896, with Wellington winning 11-0 that day.