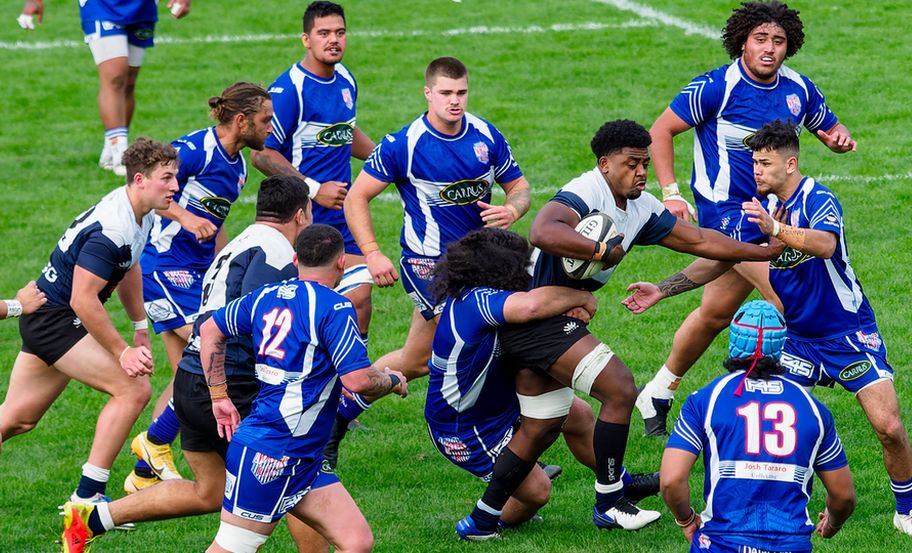 Peter Lakai is eligible to play Colts rugby until 2024 but is already a dominant loose forward in the Wellington Lions.

The 19-year old has appeared in the first four games of the National Provincial Championship and been one of the standout players in the competition.

On debut he made an exceptional 19 carries in a narrow 37-35 victory over Bay of Plenty. On Sunday he scored three tries in a 31-25 triumph over Taranaki.

Lakai is only the seventh forward to score a hat-trick for Wellington in an NPC match. Taine Plumtree achieved the feat against Northland in a 54-7 win in 2021.Those who went before him are: Paul Quinn, against Bay of Plenty at Rotorua in 1977, Murray Mexted (Hawke’s Bay at Wellington in 1984), Brian McGratten (North Auckland – now Northland – at Wellington in 1984), Jeremy Thrush (Southland at Invercargill in 2015 and Asafo Aumua (Northland at Whangarei in 2016).

Wellington was held tryless in the previous round – a 6-15 defeat to Northland.

“Sunday was good for us. We needed to get back on track with a win. Our attitude around the ruck zone was much better. The forwards really muscled up with strong pick and goes, taking it up the middle instead of going wide, wide all the time,” Lakai said.

“Northland was really smart around the breakdown area. They didn’t commit too many numbers to the breakdown. It felt like they always had 15 guys on their feet and we were running into a brick wall. We varied our attack better versus Taranaki.”

Lakai grew up in Taita and played his junior rugby for Stokes Valley and Avalon. His older brother Elijah is an outside back in the Avalon Colts and Mum Saline a social support worker.

He attended St Patrick’s College, Silverstream and was on the representative selection radar in 2017. He was a member of the Silverstream Under-15 team that went 18-0 and won both the Wellington and Hurricanes Secondary Schools’ titles.

In 2018 he was injury cover in the First XV that won 16 of 18 games, including the Wellington Premier I championship, and all six traditional fixtures.

He solidified a permanent place in the First XV the next two years, but it wasn’t always smooth sailing. Silverstream lost two Premier I finals against Scots College, and Lakai wasn’t selected in any national representative teams, despite being co-captain with fellow Wellington Lions youngster Riley Higgins

“It’s hard losing big games but I guess that’s where you do a bit of learning. It’s character building. I guess you can grow from it or complain and make excuses.

“Silverstream was the start of many friendships.  There wasn’t as much pressure as there is now. We all came through as young fellas and enjoyed playing in front of our families and friends, learning together.”

The 2020 addition of the Blue and White noted of Lakai:

“A highly regarded teammate who always displayed a positive mind-set and was respectful of others. As co-captain he made a significant impact through his actions and words. Played consistently well throughout the season on both attack and defence with his work ethic, decision making and all-round skill set. A settling influence in forward play, always leading by example.”

Lakai has been an example of embracing opportunities after school. He is a member of the Wellington Rugby Academy where he’s flourished.

“I’ve surprised myself a bit coming out of school and joining the Academy. It’s opened my eyes a bit in terms of a professional environment, watching and learning from others, and playing to my strengths to put it all together.”

Lakai played eight times for Petone prior to the Jubilee Cup final, and the Villagers didn’t lose a single game.

In the Jubilee Cup final, Norths with two All Blacks and the Wellington Lions captain, narrowly prevailed 23-20, but Lakai played a blinder, confidence soaring after a strong campaign for the New Zealand Under-20’s.

In July the New Zealand Under-20’s won the Oceania Championship on the Gold Coast. Lakai scored a try in the initial 74-5 win against Fiji and blossomed in the final fixture – a record 69-12 win over Australia. The 32-9 victory over Argentina would teach a valuable lesson.

“The boys were pretty happy with our performance but I remember our review done by Tom Donnelly (Otago coach) and Scott Hansen (Crusaders assistant) was really bad. They weren’t afraid to hold us accountable and call us out. Against, Aussie we wanted to put a performance out that we were proud of.”

Surprisingly Sonny Bill-Williams, a midfield back, is his favourite player.

“He brought personality to rugby, a big superstar. When he played everyone wanted Sonny Bill headcuts and offload. He was really influential with us younger fellas.”

This weekend the Wellington Lions travel to Invercargill to tackle Southland in the NPC. The Stags are winless, but only lost to Tasman (20-27) and Auckland (23-24). Lakai described the Southerns as “gritty” and he expects a “physical contest in the cold.”

Below: scoring a try for Petone against Marist St Pat’s earlier this season. Footage by Mike Lewis.

Below scoring a try off the back of the scrum from halfway for the Wellington U19s against the Manawatu U19s last year in the final of the Central Region Shield competition. Footage by Club Rugby.