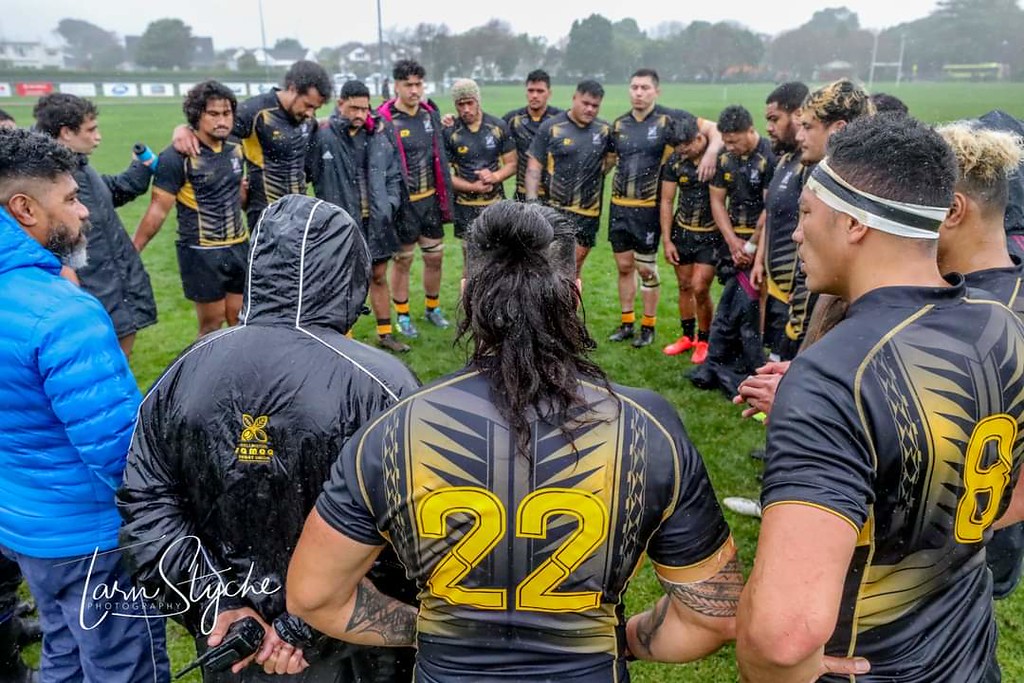 The feature representative fixture at home tomorrow is at the Hutt Rec at 12.30pm between the Wellington Centurions and Taranaki Development.

In old school terms, this is Wellington B v Taranaki B, so it’s a much-anticipated fixture featuring many current personalities of club rugby and leading players not playing in Sunday’s NPC match at Wellington Stadium.

The Centurions are coming off three consecutive wins to start their campaign, beating the Horowhenua-Kapiti and Whanganui Heartland squads and then defeating their Hawke’s Bay counterparts in Napier last weekend. The visiting Taranaki side beat Taranaki Pasifika 22-10 in an intra-region fixture last start.

Tawa lock Hugo Plummer captains the Centurions side that includes his teammate Akira Ieremia as his locking partner and an all-HOBM loose forward trio in Jordan Gillies, Willie Rua and Mika Alaifatu and an OBU inside back combination in halfback Kyle Preston and first five Callum Harkin. Losi Filipo lines up on the right wing, outside the experienced midfield of Brandyn Laursen and Lester Maulolo. Full team listed below.

Visitors Taranaki have a familiar name at halfback and as their captain in former Norths player Campbell Woodmass, plus a few current Taranaki NPC squad players. Former Petone prop Mike Kainga is on their bench.

Both Wellington’s other two representative men’s teams are away in Taranaki tomorrow to play the other two sides from that region. Wellington Māori plays Taranaki Pasifika and Wellington Samoa meets Taranaki Māori. Both matches are in Hawera.

It is the opening weekend of the Hurricanes U19 Central Region Shield competition, with matches in Napier and Palmerston North.

The Wellington U19s side has had an erratic start to their representative season, conceding and then reeling in a big deficit against Tasman and over-run by Canterbury last Saturday in a match played in Kaikoura owing to the weather events at the top of the South Island. The coaches will be eyeing consistency over the next three weeks.

The Wellington U19s have some 15 players of 23 with Premier club rugby experience lining up at Tremain Field at 12.00pm tomorrow afternoon. Blindside flanker Dominic Ropeti captains the side that features Bradley Crichton and Siale Lauaki at prop, Toby Crosby again at openside flanker and his Rams club mate Pene To’o at No. 8 and Chicago Doyle at first five. Other selections include former Scots College pair Maea Tema-Schmidt at lock and Muri Stewart at halfback.

There are two Hurricanes college semi-finals at Maidstone Park and a Wellington grade final tomorrow.

On the other side of the draw, Wairarapa College have no semi-final opponent and are straight through to the final.

This match is followed by a 1.30pm fixture at Maidstone, between St Pat’s Silverstream and Feilding High School.

Elsewhere, Napier BHS and Hastings BHS meet with the winner of that match to play Wellington runner-up St Pat’s Town in the semi-final on the other side of the draw.

The Wellington Pride are in action on Saturday at midday against Auckland at Eden Park.

Having avoided relegation from the Farah Palmer Cup Premiership to the Championship, the Pride head to Auckland with a playoff place at stake. If Wellington win, they should finish third, of they lose they can still finish fourth should Waikato defeat Counties Manukau in their match that follows on Saturday.

The Wellington Lions will hope to bury their last two results that have seen them put away by Canterbury and then sunk by Northland.

They are back at familiar surroundings at Wellington Stadium and closer to Courtney Place, and they can put their campaign back on track if they beat Taranaki. The visitors had a poor start to their season, losing to both Northland and Bay of Plenty before turning that around last weekend with a hard-fought victory over competition favourites Canterbury.

They also meet for the John F Henning Trophy, donated for play between these two unions in 1969 by the then US Ambassador. Taranaki are the holders, having won last year in Inglewood 32-26.