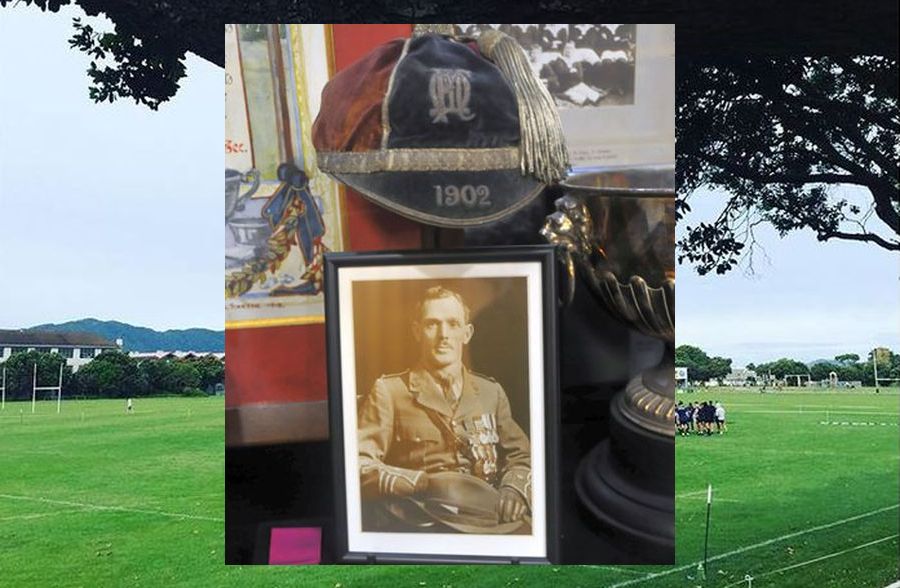 William James Hardham was the only New Zealander to be awarded the Victoria Cross during the Boer War in South Africa (1899-1902). He also played club rugby for Petone and 53 games for Wellington before and after that war and Wellington’s Premier 2 club rugby trophy is named after him.

Hardham was born in Wellington on 31 July 1876 and educated at Mount Cook School, after which he became a blacksmith. He had also taken up rugby, playing for Petone, and in 1897 made his debut for Wellington. He was described as a ‘fast dashing forward, full of go from kick-off to cease play’.

Hardham combined his trade and rugby with a military career. He joined the Cadets in 1891, then in 1895 he enrolled with the Wellington Naval Artillery Volunteers before transferring to the Petone Naval Artillery Volunteers late the following year. In 1900 he enlisted with the Fourth Contingent of New Zealand Forces for the South African War and appointed as a Farrier Sergeant-Major, using his blacksmithing skills to shoe horses.

Arriving in May 1900 he saw considerable action before the events of 28 January 1901 that saw him awarded the Victoria Cross.

The citation in the London Gazette of 4 October 1901 described his actions as:

On the 28th January, 1901, near Naauwpoort, this non-commissioned officer was with a section which was extended and hotly engaged with a party of about twenty Boers.

Just before the force commenced to retire, Trooper McCrae was wounded and his horse killed. Farrier-Major Hardham at once went, under a heavy fire, to his assistance, dismounted, and placed him on his own horse, and ran alongside until he had guided him to a place of safety.

Hardham served a second tour with the Ninth Contingent before travelling to London as part of the New Zealand representation at the coronation of King Edward VII. On 1 July 1902 the new King would present him with the VC. He was the only member of the New Zealander forces to win the VC in the South African conflict and became the first New Zealand-born person to win the award.

After he returned to New Zealand Hardham resumed his rugby with both Petone and Wellington and was part of the Wellington team that won the Ranfurly Shield off Auckland in 1904. In all Hardham represented Wellington more than 50 times. On retirement he became involved in the administration side of the game, serving on the management committee of the WRFU from 1908 until the outbreak of World War I in 1914 when he was appointed a Captain in the Wellington Mounted Rifles.

Hardham’s unit was amongst those that were sent to the Middle East, where he was severely wounded at Gallipoli. Evacuated to Wellington, he married Constance Parsonson in 1916, before serving as commandant of the Queen Mary Hospital at Hanmer Springs. Determined to return to active service he did so and returned to the Wellington Mounted Rifles, by now serving in Palestine, in 1918. There he was promoted to Major and saw out the end of the war, but contracted malaria soon thereafter.

Evacuated home for a second time, his wounds and illness prevented a return to blacksmithing so he found employment with the Dominion newspaper, and later the Public Works Department. He became involved in promoting the interests of returned soldiers, the Returned Soldiers Association, and the Anzac Day commemorations.

He also returned to rugby administration, serving a second term on the management committee from 1921 to 1925; and in 1927 was awarded life membership of the Wellington union.

Hardham died at his home on 13 April 1928, aged just 51. He is buried in the Karori Soldiers Cemetery.

His Victoria Cross and other medals are on display in the Valour Alcove at the National Army Museum in Waiouru. A replica of the Victoria Cross is displayed at the Petone clubrooms at North Park.

The second round club rugby trophy trophy that bears his name was donated to the WRFU after his death and was first played for in 1939 where it was won by Wellington College Old Boys.

Reuben rocking on the wing for Magpies

Representative rugby ramps up this weekend