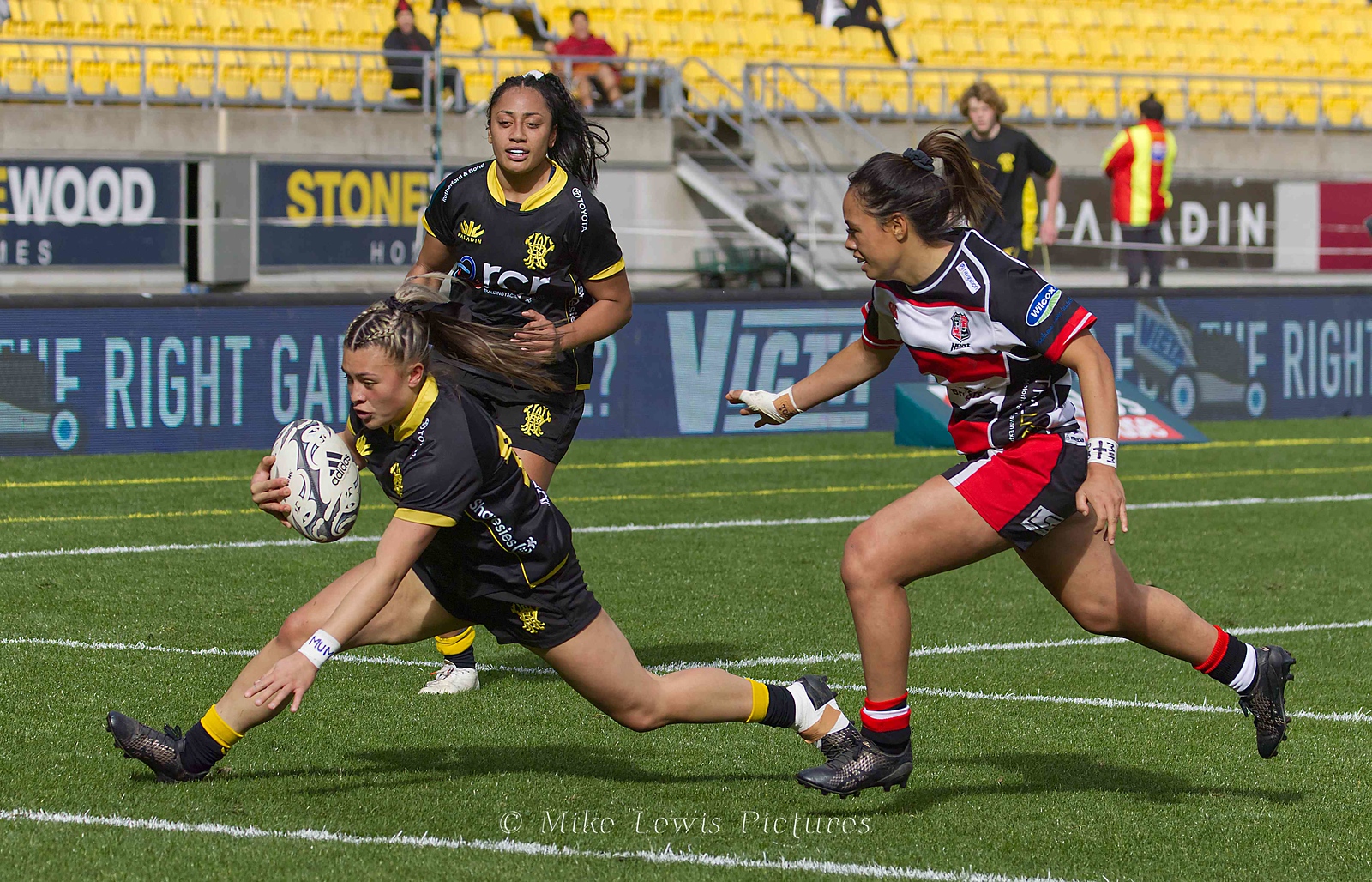 Canterbury lost the Premiership final to Waikato last season, ending a four year reign with the title. With a dozen current or former Black Ferns in the squad, the visitors are absolutely stacked. Kendra Cocksedge, the most capped Black Fern of all-time, holds every Canterbury scoring record. Chelsea Bremner hasn’t lost in 35 appearances and her sister Alana will captain the team.

Wellington was really close to toppling the red and blacks in 2021. A last-minute try to Black Ferns prop Amy Rule secured Canterbury a 23-22 victory in Christchurch. Canterbury have matchwinners everywhere.

Harmony Ioane is growing a reputation as a matchwinner in Wellington. The centre or wing scored three tries for Norths in their 58-10 demolition of Marist St Pat’s in the Tia Passi Memorial Cup Wellington Women’s Division 1 club final. Norths won the title for the first time since 2018. Since 2012, Norths have won 112 of 138 games.

“I was surprised about the big scoreline,” Ioane admitted.

“Losing to them in the first two rounds was tough and people thought we were going to lose again. We stayed composed and trusted the process.

“I was taken aback to score a hat-trick in the final. I really have no words to describe how good that felt.”

Harmony Ioane on the way to the line to score one of her three tries for Norths in the 2022 Wellington Women’s Division 1 club rugby final. PHOTO: Andy McArthur.

Ioane has scored 31 tries in 38 games for Norths. She grew up playing rugby league for the Porirua Vikings – Vikings home ground Ascot Park a two-minute drive from her house. She transitioned into rugby while at Aotea College and quickly grew an appetite for rugby. She debuted for Norths seniors in 2019, while still a teenager.

“It was being around older girls that really secured my ambition in rugby. They brought out a greater confidence and skill-set within me that has helped me grow as a player and a person.

“I’ve been thrown around different positions. This has helped me grow specific knowledge of what’s important in each position I play. For example at centre it’s important to have good ball skills and create space. On the wing it’s more about speed and finishing.”

Ioane debuted for the Wellington Pride last year and featured in four games. She scored the winning try in a dramatic 26-25 victory over Counties Manukau.

Playing for the Wellington Pride in 2021.

“Before that try I came off the bench and sprained my ankle on my first run. When I knew the ball was coming to the wing and there was a chance to win the game I was so excited. I was like ‘you might as well hurt yourself a little more knowing victory was at stake.”

The Pride were Premiership semi-finalists in 2021 and lost to eventual winners Waikato in the last-minute also. How can the Pride go one step better in 2022?

“I’m excited for Saturday. We need to start off strong. We came up against big teams last year and showed they are beatable. We have to believe in ourselves more,” Ioane said.

Wellington have the size in the forwards and dynamic individuals out wide to threaten.

Harmony Ioane scoring tries for Norths against Petone, a year apart in 2021 and 2022.

Halfback Anna Afiue is a likely winner of the Erin Rush Medal for best and fairest player in the club competition.

The midfield looks strong with Black Fern Monica Tagoai likely to partner Georgia Daals with Ioane, an option as well. Wing Ayesha Leti-Iiga has scored 51 tries in 38 games for Wellington and was on fire for the Black Ferns in the Pac4 series.

“We’ve got a good team. Anna Afiue is all about the quick space and creating space. Ayesha is amazing, one of the best players in New Zealand. We know if we can get her the ball in space she is going to finish every time.

“My goal is to get on the field consistently and push for a Super Rugby Aupiki contract, and hopefully the Black Ferns. I work on a wind farm but rugby is my life. I made the New Zealand Under 20 team last year which showed that I’m getting better all the time.”