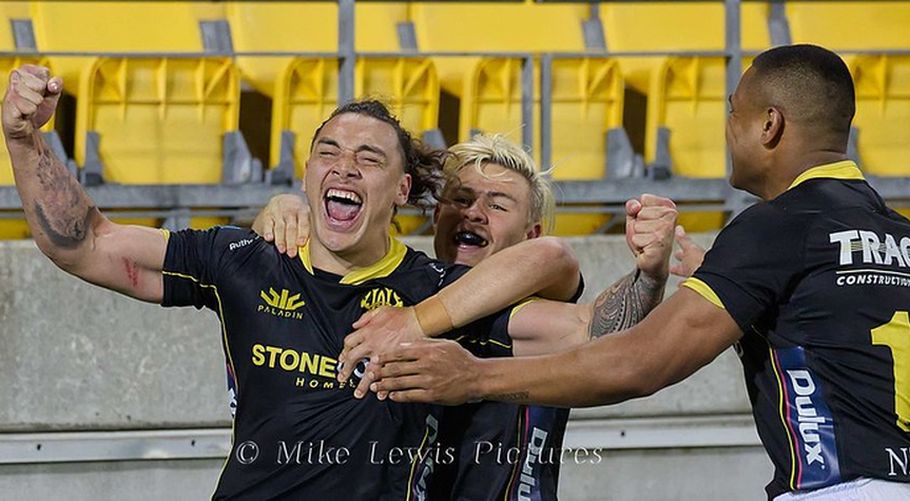 Former St Pat’s Silverstream and current Northern United outside back Losi Filipo is one of a handful of new Wellington Lions-contracted players from last year for this year’s NPC, announced on Monday morning.

Filipo has previously played nine matches and made four starts on the wing for the Wellington Lions between 2017-19.

MSP prop Tietie Tuimauga has also just recently returned from overseas. He was a Lion in 2018 and made two appearances off the bench that season.

Petone prop Iona Apineru returns for a second season, having made the shift from number 8 to tighthead prop during this year’s club rugby season.

The squad features eight players who’ve played for the All Blacks, including brothers Julian and Ardie Savea, and 22 current or former Super Rugby players.

It is unclear, of course, what role, if any, All Blacks will play in the NPC.

Wellington Lions Director of Rugby, Leo Crowley is happy with the players at his disposal.

“Peter and Riley are both talented young men. We are thrilled to give them the recognition of being full-time Lions. We are looking forward to their continued development, and I am sure they will hit the ground running and are excited to get out on the field in the Lions jersey.”

“Like the others, Josh has really earnt his spot in the squad. What Josh brings is real physicality to his role. His aggressive approach will be a great addition to us.”

Following long-term injuries – Tawa’s Pepesana Patafilo and two-metre lock Dom Bird return to the side, having spent time on the side lines early in 2022.

Whilst the squad has now been officially named, Crowley remains optimistic about further opportunities for regional players to get involved.
“It’s been a tough selection process, but I am happy with the squad overall. There are a few boys from clubland who have missed out, but with the season how it is, with a midweek game and the usual battle of attrition, I’m sure there is an opportunity for a few more boys to be called up to play for the Lions at some time during the season,” said Crowley.

The Lions’ coaching team will remain the same. Tamati Ellison and Paul Tito return to Crowley’s side following the Super Rugby Season to link up with Greg Halford. Tito spent the 2022 season with the Western Force, while Ellison enjoyed a successful Super Rugby campaign with title-winning Crusaders.

The Lions will commence their Premiership competition firstly against Bay of Plenty at home on Sun 7 August at 4:35pm.

They play Taranaki (away) on Saturday 30 July in their pre-season match.

2021 contracted Lions players not returning in 2022 (for various reasons):