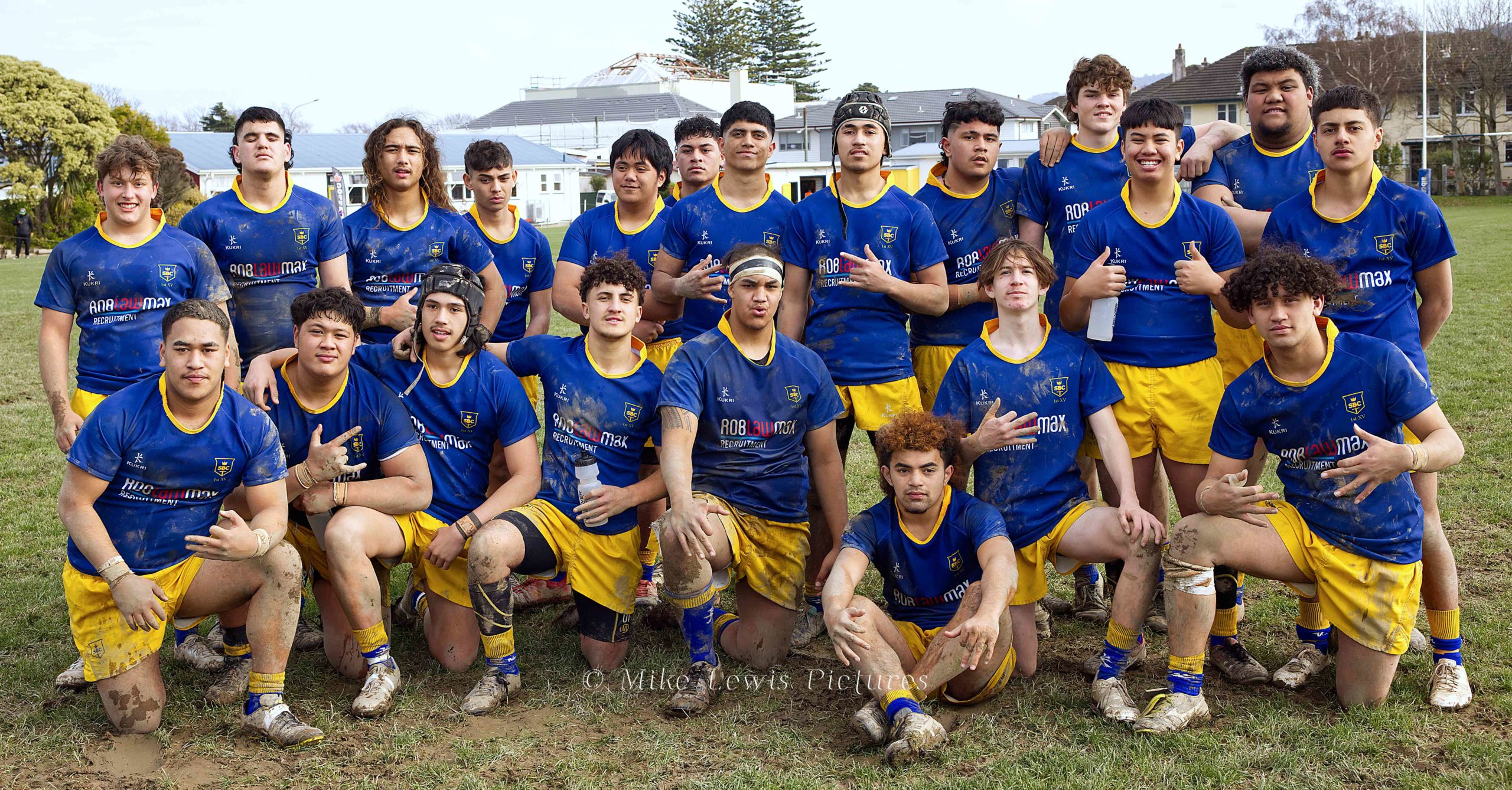 Ernst burst into the line from an attacking scrum and switch in direction to the shortside to score the match-winner in the left corner with four minutes to play. St Bernard’s then protected their lead to the fulltime whistle to earn just their third win in 14 matches of this traditional that was first played for in 2007.

St Bernard’s showed good heart late in the match to come back to win after visitors Francis Douglas had come roaring back into the contest in the second to score three tries and pile on 18 unanswered points.

St Bernard’s had scored three tries themselves in the first half to lead 17-3 at the turnaround, but Francis Douglas scored tries to right wing Jerome Sinclair, centre Ethan Lobb and openside flanker and captain Zac Perrett. When the latter crossed the chalk with several minutes still to play momentum was well and truly with the visitors.

Mid-table contenders St Bernard’s have the bye this coming weekend in the Wellington First XV Premiership and they regrouped and refocused and hit back to score a deserved win.

Earlier, following stirring hakas by both teams and under clearing skies, home side St Bernard’s College were immediately under pressure. A kick ahead by Francis Douglas centre Lobb led to a concerted period inside St Bernard’s territory.

But the home side’s defence was up to the task and instead it was them that opened the game’s scoring in the 10th minute with their first foray up to the other end of the field. No. 8 Max Fata-Meafou made a searing break up into the 22 and left wing Tamihana Ranginui crossed in the corner.

Francis Douglas replied with a penalty to left-footed fullback Jax Morgan, making it 5-3 to St Bernard’s after 15 minutes.

An even period of end-to-end play followed, before St Bernard’s struck for their second try, right wing Paki Mateo coming into the backline on the openside from a scrum 30 metres out on the far side and ghosting into a hole to score.

Francis Douglas regathered possession from the next re-start and a run up the left flank by Taranaki sprinting champion and left wing Maaka Normanton carried on by centre Lobb almost led to their first try. They had another crack at the line from the ensuing goal line dropout but once more the St Bernard’s tackling was good – and they soon turned defence into attack.

Busy halfback Charlie Rangiwhetu broke out up the far side, leading to another chance for the home side. They were held out after a series of pick and goes, but from another scrum went wide again and left wing Ranginui scorched over for his second try. The sideline conversion by first five Josh Leafa-Paku was good and St Bernard’s went into halftime leading 17-3.

Francis Douglas immediately started making in-roads in the second half, the weight of pressure finally breaking when right wing Sinclair flew in on the far side to score after an attacking scrum.

Sinclair was almost in again, but St Bernard’s won a relieving penalty and cleared. Francis Douglas soon had possession and built the phases, and eventually created space for centre Lobb to score out wide to close the gap to 17-13 with about 15 minutes to play.

Fullback Morgan converted captain Perrett’s try from a similar, patient build-up but that was as close as they came to scoring again in a lively match that saw six of seven tries scored by outside backs.

The two schools have been playing each other since 2002 and this has been a regular exchange since 2007.

Aisle be Back: Hurricanes v Brumbies