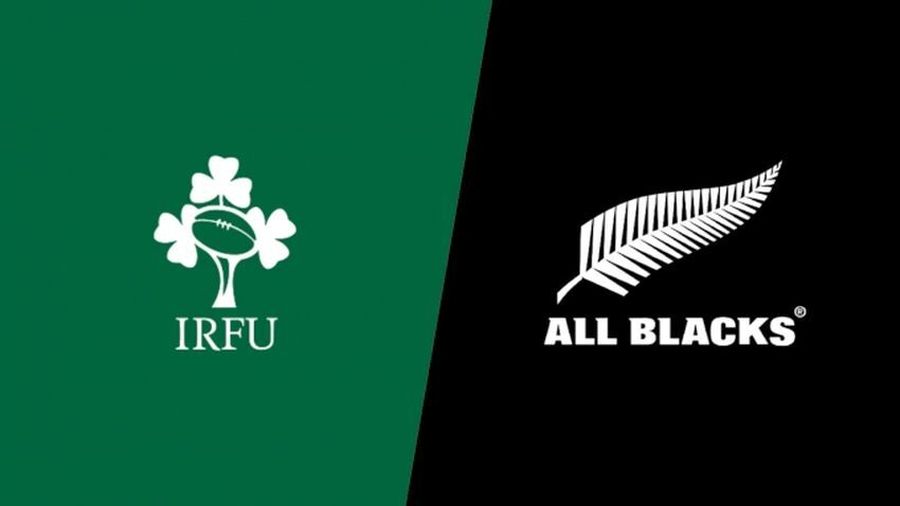 The All Blacks won their first test of the series against Ireland in Auckland on Saturday. Some fact and figures from that game below.

New Zealand and Ireland first met in a test at Lansdowne Road in Dublin on 25 November 1905. New Zealand won the match 15-0.

The two sides have played 13 times in New Zealand. The All Blacks have won each time.

The All Blacks have played 93 test matches in Auckland including 90 at Eden Park. The other three have been at Potter’s Park (1908), Epsom Showgrounds (1958) and Mount Smart Stadium in 2021. Auckland has become a fortress for the All Blacks as they have now gone 48 matches without defeat in that city. Their last loss was against France on 3 July 1994, one day short of 28 years ago. Two of those 48 matches have been drawn.

2022 is the All Blacks 98th year of actually playing test matches and during those years their first match of the season has been held at a home venue 67 times. They have won 58 of those first-up matches, lost seven and drawn two. Of the seven losses, Christchurch and Dunedin have both been the venue on three occasions. In fact, Dunedin was the host the last time the All Blacks lost their opening test, against France in 2009.

Eleven different home venues have hosted the first test of a new season with the old Carisbrook ground having hosted the most with 15. Eden Park is now close behind in second place with 14 matches.

Before this match at Eden Park the All Blacks had played their previous 10 matches away from New Zealand. All were in 2021. Following their test against Australia at Eden Park in August, they played five matches in Australia followed by one each in the United States, Wales, Italy, Ireland and France. However, this sequence of successive matches played away from home has been bettered.

In 1924/25 they played, in order, in Ireland, Wales, England and France. There were no matches during the following two years but the four they played in 1928 were all in South Africa. In 1929 all three of their matches were played in Australia. That is a record 11 matches played on the trot outside of New Zealand.

There were three centurions in the All Blacks starting XV: the most in a match since three started against Australia at Perth in August 2019, some 30 test matches previously.

For the first time since the match against England at Twickenham in November 2008, six overseas born players appeared for the All Blacks against Ireland. For the record the six who played against England were Joe Rokocoko and Sitiveni Sivivatu (both born in Fiji), Malili Muliaina, Rodney So’oialo and Isaia Toeava (Samoa) and Jerome Kaino who was born in American Samoa. Those against Ireland were Sevu Reece and debutant Pita Gus Sowakula (Fiji), Finlay Christie (Scotland) and debutant Leicester Fainga’anuku, Samisoni Taukei’aho and Ofa Tu’ungafasi all of whom were born in Tonga.

A total of 67 players from 11 different overseas countries have now represented New Zealand in at least one test. Australia has supplied the most players with 16 followed by Samoa (14) and Tonga (13). Only one player was born in Ireland: Dave Gallaher who captained the All Blacks in four of his six tests.

The two All Black debutants took the total of those who have appeared in a match for New Zealand to 1201.

Because he started the match Fainga’anuku is All Black #1200 and Sowakula, who came off the bench, is All Black #1201. Of that total 885 have actually played in a test whilst 316 only ever appeared in a non-test.

Sam Cane led the All Blacks for the 11th time: his record is now eight wins, two losses and one draw. He first captained the side back in 2015.

Savea has now scored 17 test tries: these were his first against Ireland. He has scored two tries in the same  test once before: against Samoa at Auckland in the opening match of the 2017 season. Barrett’s try was his 18th and second against Ireland whilst Reece (14th try overall) and Tupaea (second) both scored their first try against that country.

Sowakula became the 145th All Black to score a try on his test debut. Five others in this match had also scored a try on debut namely Scott Barrett, Rieko Ioane, Samisoni Taukei’aho (two), Codie Taylor and Sam Whitelock (two against Ireland at New Plymouth in June 2010).

Jordie Barrett’s try and six conversions gave him 17 points in the match and a total of 32 points in three appearances against Ireland. He missed none of his six attempts at goal and in the previous (losing) match against Ireland he slotted all four of his attempts. He has yet to miss a kick at goal against that side.

The match against Ireland was Whitelock’s 133rd and took him into second place on the All Black’s all-time list of test appearances, one ahead of Keven Mealamu who played 132 times between 2002 and 2015. Richie McCaw is still at the top of the table with 148 appearances between 2001 and 2015.

Karl Tu’inkuafe received the All Black’s first yellow card of the season.

For Ireland tries were scored by Keith Earls (his 35th), Garry Ringrose (12th) and Bundee Aki (his eighth). It was the first try for each player in a test against New Zealand.

Captain Johnny Sexton had one attempt at goal before he went off but failed to add to the 60 points he had already accumulated against New Zealand, in 13 previous appearances.

New Zealand born Joey Carbery succeeded with both of his kicks at goal for a total of four points and an aggregate of 16 points against the All Blacks. In three matches Carbery has now made six attempts at goal, without a miss.

Carbery was one of four New Zealand-born players in the Ireland side. The others were Bundee Aki, Jamison Gibson-Park and James Lowe.

Cian Healy, the most experienced Ireland player in the squad with 116 appearances for his country, was listed in the reserves but did not take the field.

Some players to watch in club rugby in 2022

Competition contenders set to shine in round nine