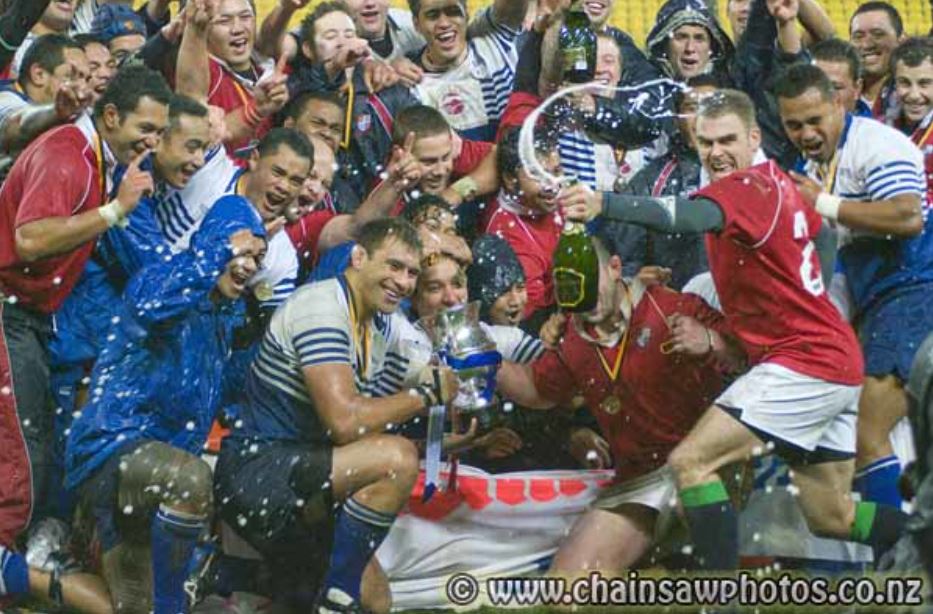 When Northern United and Marist St Pat’s drew 10-10 in icy conditions in 2008 and shared the Jubilee Cup. With provisions for extra time now in place there can only be one winner in 2022. Who will it be?

Opinion: The Swindale Shield is done and dusted for another year, and the second round Jubilee and Hardham Cups start this Saturday.

Who are the teams progressing, on par and regressing ahead of the second round competitions?

Amongst the top contenders, the slate is being wiped clean this weekend and recent form will count for nothing.

Picking four winners from this week’s opening games would be a tough ask. The two losing teams from the 5 v 8 and 6 v 7 matches on Saturday drop down to the Hardham Cup, whilst the top two teams from the 1 v 4 and 2 v 3 games earn next weekend off and the losers of these games play the winners of the others in knockout games next Saturday.

Hutt Old Boys Marist – Since their 25-29 defeat to Poneke in Round 9 the Eagles have won five on the bounce and scored 216 points. They had the best defensive record in the Swindale Shield and last Saturday welcomed back Hurricanes hooker James O’Reilly. With a beast pack and Wellington Lions halves combo the Eagles appear to be a major threat to repeat their 2014 Jubilee Cup success.

Ories – Won five games in a row after a sluggish start to the season which saw them 3-5 after eight rounds. Hurricane Alex Fidow has played five games and scored three tries, wing Ruben Va’a has been in hot form and loose forward Sione Halalilo continues to grow. A lack of height in the lineout and goal kicking is an issue but a youthful and vibrant Ories shouldn’t be discounted.

Norths – Scrambled to a 31-30 victory against Upper Hutt in Round 6 and have been untouched since, winning seven games on the trot and scoring 364 points. Barnstorming No.8 Luca Rees is back in form, Jackson Garden-Bachop is available and flourishing, Losi Filipo is the competitions’ top try scorer and Wellington Lions captain Du’Plessis Kirifi has featured. North’s haven’t missed the Jubilee semis since 2017.

Petone – Won the Swindale Shield for the first time since 2009 with their only blemish in the first round a defeat to Poneke, a week after a dramatic McBain Shield victory over Hutt Old Boys Marist. Petone scored more points and tries than any other team in the first round but without New Zealand Under 20’s talent Peter Lakai, Harry Godfrey and Riley Higgins for at least part of the playoffs do the Villagers have another level? Since 2010 they’ve only been in the Jubilee Cup semis twice.

Poneke – Has won 18 of their last 20 matches stretching back to Round 11 of the Swindale Shield last year. Poneke have won eight matches by less than a converted try in 2022, but only scored 38 tries in the first round, the worst attack of any of the top eight teams. Pakai Turia and Galu Taufale have been huge. A young pack has improved every week, but limited playoff experience could be an issue.

Tawa – The defending Jubilee Cup champions beat OBU, Poneke and held Petone to a draw when all four clubs were in the top four. Despite a bundle of forward injuries their only really poor effort this year was when Hutt Old Boys’ Marist beat them 43-14. Tawa have had to adjust all season for the loss of Kemara Hauiti-Parapara but have cool heads like Randall Bishop and Lotu Nuku to offset that loss. Tawa won four in a row to capture the Jubilee last year and six in a row in 2016. They’ve won their last three which is ominous for the rest of the field.

Marist St Pat’s – Hammered by Hutt Old Boys Marist last Saturday, MSP have the talent and experience to threaten but have struggled with injuries and consistency in the first-round. Big wins against Old Boys University (48-38) and Wainuiomata (76-21) were offset by poor performances against Upper Hutt and Johnsonville. Andrew Wells is having a top season but he needs more effort from a pack that at its best can be fearsome. Young flanker Milan Kriletich is a good prospect.

Old Boys University – Haven’t had five losses in the Swindale Shield since 2015, ironically a year they won the Jubilee Cup for the first time in five decades. The Billygoats have dropped four of their last six games, a young squad struggling to meet the weekly slog of the Swindale Shield. The Goats might be a bit light up front in 2022 however the likes of Callum Harkin, Dominic Ropeti and Jack Riley can really turn it on.

Six teams start the second round Hardham Cup second tier section competition on Saturday, to be joined by the two losing teams from the Jubilee Cup Ories v MSP and Tawa v OBU matches in a three-week quarter-final, semi-final and final knockout series.

All six teams will rue their shot at Jubilee Cup glory being on hold for at least another year. A chance to win the Hardham Cup will be good consolation, however.

Upper Hutt Rams – As previously canvassed here, the story of their Swindale Shield was a litany of ‘what ifs’ and ‘almosts’; if a couple of heartbreak results had gone their way they could have been playing in the Jubilee Cup. Have won their last two matches convincingly and found their attacking mojo and would be the team that the two Jubilee Cup dropouts won’t want to meet in a Hardham Cup semi-final in three weeks, especielly if Salesi Rayasi is at fullback.

Paremata-Plimmerton – Much promise shown in the early to mid rounds of the Swindale Shield, and the future looks bright, but injuries and a run of three games in eight days recently knocked the stuffing out of the Paremata-Plimmerton. Can they refocus and push for the playoffs?

Johnsonville – holding steady as one of the battlers of the competition, the Hawks led Ories 12-10 at halftime on Saturday before losing 15-25 with no bonus points to show for their efforts. Johnsonville will keep pushing hard every team they come up against and are capable of beating the big boys. Will be favoured to tip over Wainuiomata this Saturday at home.

Wainuiomata – Like other Hardham Cup sides noted above, Wainuiomata toiled honestly throughout much of the Swindale Shield, but injuries and a lack of experience left on the park has been tough for Wainuiomata in recent weeks. Coming off a big loss to MSP and then a hard-fought but predictable defeat to champions Petone, the green and blacks need a spark this Saturday at Helston Park.

Avalon Wolves – Were poor for much of the Swindale Shield, but in the last couple of weeks have shown signs of improvement. Typically, teams rise and regroup for the Hardham Cup and the Wolves shape as a prime candidate to do just that.  A chance to knock over Paremata-Plimmerton this weekend then beware their next opponent.

Wellington Axemen – This year’s minnows, and consistently so. It’s difficult to find positives in a side that scored 15 tries in 13 matches and thus hard to see the Axemen getting close to the Rams in their re-match this week.

All rugby in New Zealand this weekend cancelled or postponed

From the vault: ninth round matches in images