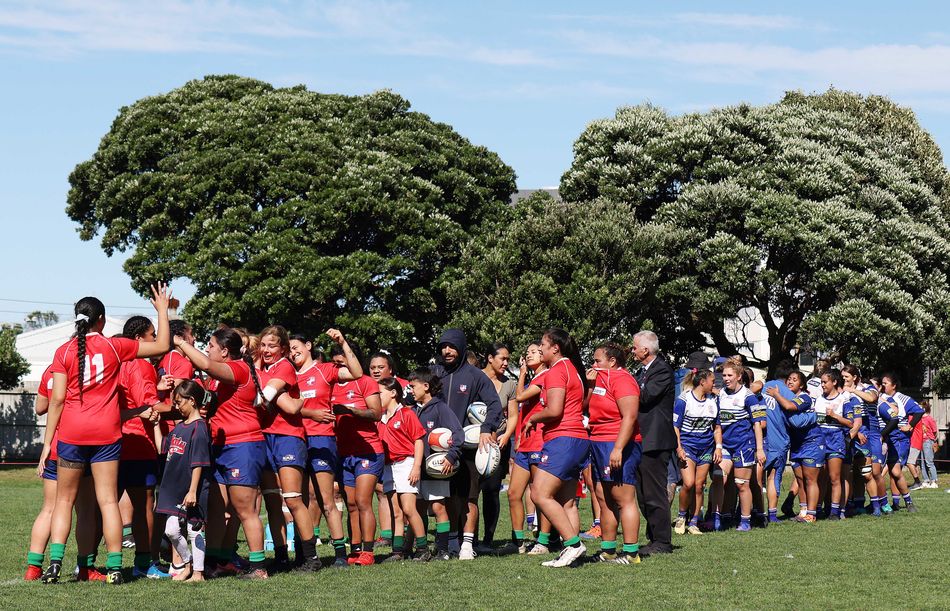 If you like your rugby with a sizeable side of intrigue, then tomorrow’s Women’s Tia Paasi Memorial Division 1 championship final at Rugby League Park should provide it.

There will be a different name engraved on it this year as Oriental Rongotai’s reign of dominance is over, for this season at least.

In the red corner are finals debutants Marist St Pat’s, who finished the round-robin component of this part of the season as top qualifier and then accounted for Ories in their semi-final last Saturday. In the blue are Northern United, the perennial contenders and runners-up to Ories in those recent finals, who saw off Petone in their semi-final.

MSP will wear the favourites tag having beaten Norths in each of their encounters so far this year. The first of those was their resounding 41-5 win back on the season’s opening day in the first round of the Rebecca Liua’ana Trophy, while the second came just two weeks ago winning 24-19.

There won’t be a shortage of talent on display, as half of the Wellington Pride squad named yesterday come from these two teams with MSP providing nine players and Norths eight.

While MSP might be in their first final, there’s no shortage of experience in their ranks. Monica Tagaoi returned from injury via the bench last Saturday and has played for the Black Ferns, she and halfback Ana Afuie were part of the Hurricanes Poua side in Super Rugby Aupiki, Cheyne Copeland, Thamsyn Newton, Maddie Feaunati, Sydnee Wilkins, and Jane Bryce – the latter back on the field just weeks after giving birth – bring seasons of Farah Palmer Cup with them, and skipper Jaydah Timu and Alohagia Tuangalu each have over 50 games at this level.

Representative commitments rule out a player from each side. MSP’s Georgia Daals is with the Black Ferns Sevens this weekend while Norths’ Kat Wira-Kohu is on duty with the Kiwi Ferns rugby league side that plays Tonga on Saturday.

The vastly experienced Zinny McCormick, himself a Jubilee Cup winner with Petone, is the referee. He’ll be assisted by Scott MacLean who is no stranger to this match, and Malcolm Gibbs who refereed last Saturday’s Division 2 Izzy Ford final won by Avalon over Wainuiomata.

With the weather looking like it will hold, it should be a compelling and exciting conclusion to this part of the club season.

The Division 1 final kicks off at Rugby League Park at 1.00pm on Friday.

LOOKING BACK A CENTURY: RUGBY IN 1922 (PART ONE CLUB RUGBY)