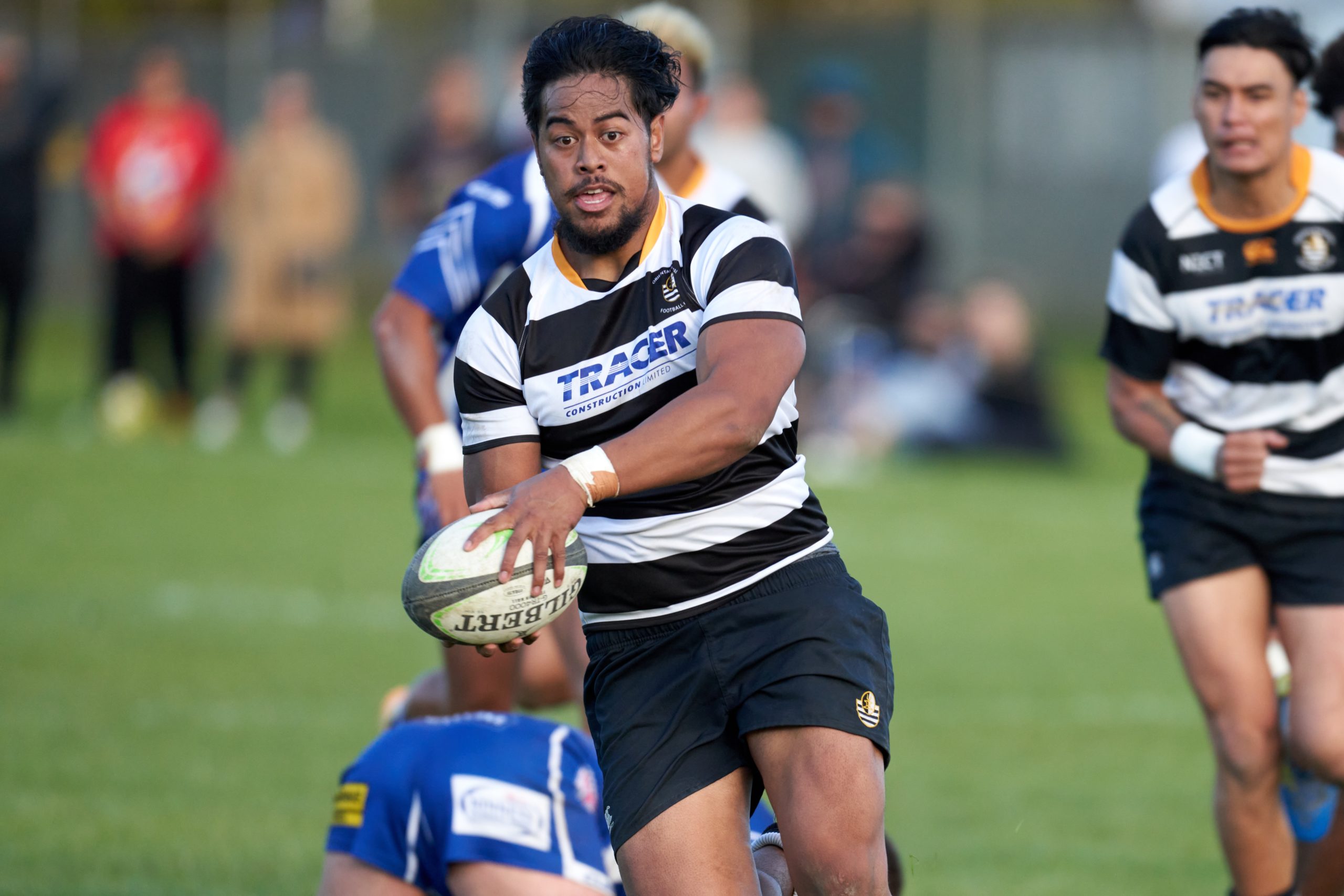 “We just sucked,” Pena [Reuben] Va’a bluntly responded when asked to explain the slow start to the Swindale Shield by Oriental Rongotai.

Three weeks ago the Magpies were soundly beaten by Hutt Old Boys Marist, and with a 3-5 record the Hardham Cup looked like a possibility.

Three wins on the trot, including seven tries by Va’a, has seen Ories climb the table. In the next fortnight victories over lower-ranked Avalon and Johnsonville will see Ories in the Jubilee Cup.

“The boys took a while to click. We had injuries and covid, but we’ve got more confidence and better combos now,” Va’a warned.

“Full credit to the boys for putting me in holes. All I have to do is put the ball down.

“Tawa got a good start. We were down by a lot. We got a try before halftime which was crucial. Ethan Webster-Nonu went through a hole after my brother Skivi [Steven] got an intercept and Tawa were down numbers.

“All the boys knew we needed to win at halftime. We did what we had to do to get the win.”

A week earlier Va’a scored four tries in a 42-24 victory over Paremata-Plimmerton.

“They’re a real strong side compared to last year. They’ve got heaps of help now. I was happy with those four tires but all the boys are stepping up.”

Pena Va’a scores the fourth of his tries against Paremata-Plimmerton last week.

The oldest of six children Va’a grew up in Strathmore and was an Ories junior before attending Rongotai College. In 2016 he was in the First XV that made the Premier I semi-finals

“Rugby at Rongotai was really cool. My last year was definitely a highlight. We beat St Pats Stream twice.

“Our coach Dave Meaclem was the man, one of the coolest coaches I’ve had. He always picked us up when we were down and checked up on us off the field. He was a good guy to have a beer with at Ories club.”

With 34 tires in 47 appearances, Va’a has given the Ories faithful plenty of reason to drink. His favourite try is against the Wellington Axeman.

“I was sweeping at the back, around our own 22, and a hole opened up. I pulled away. I went so far I thought I was going to pull a hammy,” Va’a laughed.

With a young backline maturing and the possibility of Hurricanes Xavier Numia, Alex Fidow and Julian Savea returning, Ories are well-poised to make a late run.

“We just take things one week at a time. We don’t want to get carried away. Avalon is our focus this week. They’re big boys who’ll bring the physicality so we’ll have to match that.”

Pena’s brother Skivi has scored 17 tries in 44 games for Ories, playing mostly in the midfield. Another brother Sase Va’a is a hooker who captains Kia Toa in Palmerston North.

Pena is an apprentice builder.

This Saturday Ories play the Avalon Wolves at home on the Polo 2 and next week in the final round Johnsonville away for the Ash Pointon Cup. A solid mid-table spot beckons for them if they win well and a couple of other results go their way.

The tip on by flanker Luke Taualupe to Pena Va’a and the try in the corner of Porirua Park in Ories’ 2019 32-25 Swindale Shield win over Norths.