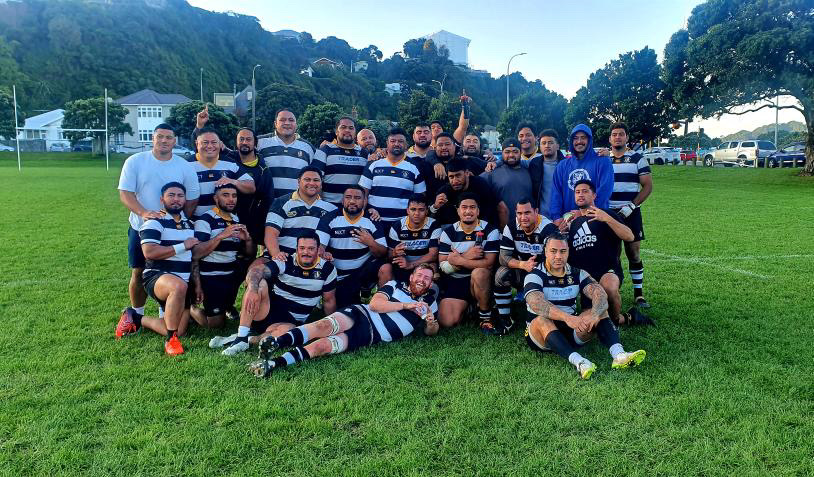 The Oriental-Rongotai Vatos are unbeaten for two and a half seasons, and this past Saturday retained the first round Reserve Grade Division 1 Mike Copeland Cup.

The second round of the Reserve Grade Division 1 and 2 competitions starts this coming weekend, with a five-week round-robin and semi-finals on 23 July and final on 30 July. The Vatos hope to be there. More about them below.

What’s the meaning of the Vatos name?

Although the Vatos is derived from the movie Blood In Blood Out [1993]. It also can be interpreted in many different ways. In that movie many themes are highlighted but the one that stands out for us is family. It’s no secret that Ories rugby club is a “small club but a big family.”

What are the team origins?

The team played together for approximately for five years then disbanding due to players needed for Premiers and Premier Reserves. Recently resurrected in 2020 to enable an avenue for excess senior players to play rugby socially and have fun. Now featuring former premier players and a couple of players from the original team 20 years ago.

Tell us about the first round win and unbeaten record?

The Vatos have been fortunate enough to field a strong and dedicated group of players who have been able to show up and show out every time we have been called upon. We have come up against some great teams who have shown great heart and produced some great rugby, however we have always managed to dig deep and come away with the win each time.  Since we returned in season 2020, we haven’t lost a game yet.

The First round was an enjoyable round. Every game we have played has been exciting and fun. We always love playing against Poneke Ruffnuts as that game is our ‘State of Origin’ match.

This was the first time we have played the Johnsonville team and that was our closest match in the last 3 years [22-12]. Our best game to date was when we played the Upper Hutt Rams Pirates last weekend. Due to a lot of the boys being sick with the deadly man flu we only had 12 guys turn up to the game. Early in the second half we were reduced to 10 players. We were down on the points table with 5 mins to go and the 10 guys pulled through and managed to score two tries to come away with the win [48-35]. The game was won with heart and dedication for each other.

Who are the Vatos’ main Rivals?

Our main rivals are the Poneke Ruffnuts. A team that has been around for many years and payed the way for many social teams. We love playing them, mate vs mate, cousin vs cousin.

Who are the experienced players? Are there any new players this year?

We have many experienced players who have played for our premier or other premier teams and rep teams.

Who in your team has claims to fame outside of rugby?

We have many famous guys in our team – most self-appointed. Here’s our list below.

The Ories Vatos are proud of who we are and where we come from. We wouldn’t have our success if it wasn’t for our partners and families who do the real work at home while we play, you guys are the real MVP! We are a small club but a big family and that’s how we going to keep it. Once an Orie always an Orie.

Change in structure for 2021 club season agreed upon