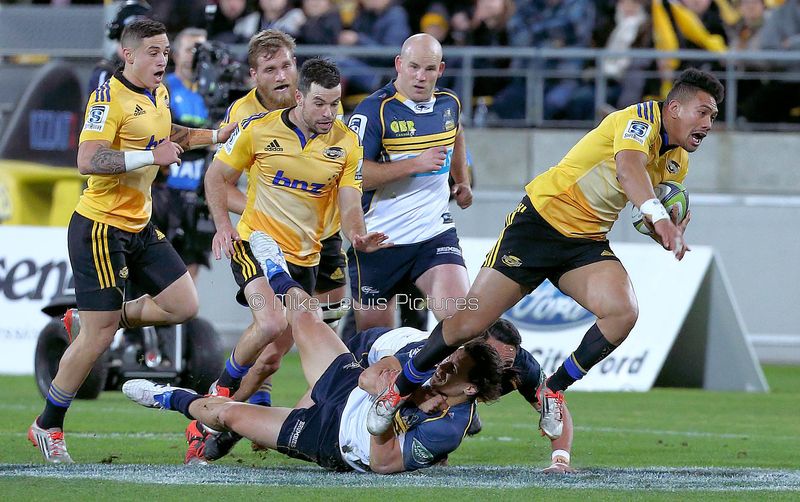 With the Super Rugby final this coming weekend, who are the best teams from the more than quarter of a century of Super Rugby not to have won the competition?

A few candidates below.

Even without Sean Fitzpatrick and Zinzan Brooke the Blues went within a whisker of winning three titles in a row, beaten 13-20 by the Crusaders in the final at Eden Park after being ahead for an hour. The Blues topped the round-robin  scoring more points (388) than any other team. They beat the Crusaders 31-24. The late Joeli Vidiri was top try scorer with 10. The side included the likes of Jonah Lomu, Adrian Cashmore, Caleb Ralph, Michael Jones, Mark Carter, Robin Brooke,  Lee Stensness, Eroni Clarke and Andrew Blowers.

Under the coaching of Eddie Jones the Brumbies topped the round-robin with the best attacking and defensive record. In the final they were upset 19-20 by the Crusaders, Andrew Mehrtens kicking a 45-meter penalty with three minutes to go. The Brumbies had so much ball in the final Crusaders flanker Reuben Thorne made 47 tackles. Every player in the Brumbies final starting XV played international rugby with 14 Wallabies and flanker Ipolito Fenukitau representing Tonga 18 times. Striling Mortlock was top points scorer with 194 points, Andrew Walker top try scorer with 13.

The Sharks topped the round-robin and hosted the Bulls in the final losing on a last-play try 19-20 to Bryan Habana. The only non-international in the Sharks team for the decider was Jacques Botes. Second-five Brad Barritt played for England and the British Lions. The Sharks captain was legendary hooker John Smit and they even had Bismarck du Plessis, Tendai Mtawarira and Bob Skinstad coming off the bench.

No team has traveled a further distance than the 2011 Crusaders. On February 26 the Crusaders were due to host the Hurricanes in a second round fixture at Jade Stadium in Christchurch, but tragically an earthquake four days prior to the match damaged the arena. Trafalgar Park, Nelson, Alpine Energy Stadium, Timaru and even McLean Park, Napier became home venues. The Crusaders played at Twickenham, London beating the Sharks 44-28. Scottish wing Sean Matland scored two tries. Finishing third in the round-robin the Crusaders had to travel to Cape Town to face the Stormers in the semi-final a match they won 29-10 with Daniel Carter scoring 19 points. In the final they lost narrowly to the Reds (13-18) in Brisbane. There were 16 All Blacks in the Crusaders match-day squad for the decider.

The Hurricanes finished three wins and 14 points ahead of the second-placed Warathas in the round-robin and smashed the Brumbies 29-9 in the semi-final. In the decider they hosted the Highlanders who they’d beaten 56-20 in the round-robin.

Despite a dozen All Blacks in the starting XV for the decider, versus no All Blacks in the Highlanders forwards at the time, the Hurricanes collapsed, beaten 14-21. Ma’a Nonu and Conard Smith left the capital without winning a Super Rugby title.

The 2017 Lions won a record 14 wins games in a row (beaten by the Crusaders 19 wins in a row in 2017-18) with the best attack and defense enroute to the final which they lost to the Crusaders following an early red card to Kwagga Smith, despite 11 Springboks in the starting XV.

In the semi-final the Lions recovered from a 0-24 deficit to eliminate reigning champions the Hurricanes 44-29.

First-five Elton Jantjies was the leading points scorer with 197.  Faf de Klerk, now widely regarded as one of the best halfbacks in the world, was often on the bench.

With 11 All Blacks in their final squad, including two All Black props Karl Tu’inukuafe and Ofa Tu’ungafasi on the bench, the Blues’ collapse in the 2022 final at Eden Park was spectacular. Winning only 9 of 19 lineouts, despite Maori All Black Kurt Eklund throwing for much of the match, the Blues failed to emulate the 37 points per game they averaged at home coming into the decider. After blowing a 32-14 lead to the Hurricanes in Round 2, the Blues won 15 games in a row including a first success since 2013 against the Crusaders in Christchurch. The Blues put half-centuries on the Rebels and the Force, and had the best attack in the competition, but showed they could win the tight contests with seven wins by less than a converted try. In the week of the final fullback and season-leading points scorer Stephen Perofeta and second-five Roger Tuivasa-Sheck were named in the All Blacks squad to face Ireland.