Skip to content
You are here
Home > Club Rugby > Sam Green: from Billygoat to Killer Hawk 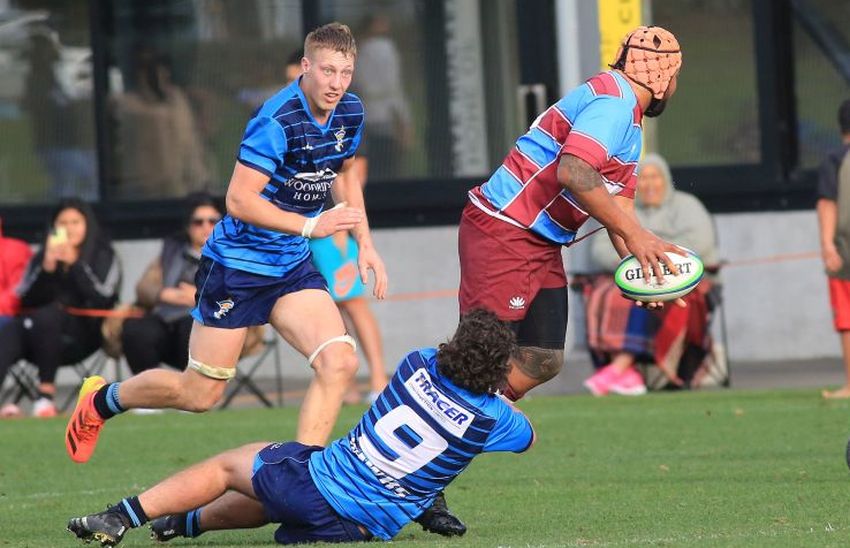 “I wasn’t going to play at all this year. I was tired and needed a new challenge,” Johnsonville loose forward Sam Green admitted of his attitude towards rugby at the start of 2022.

After 33 games, and three Jubilee Cup wins at Old Boys University, Green was ready for a break. What changed?

“I watched half of Norths against Hutt Old Boys Marist and Johnsonville against Norths and the itch to play still existed. There’s a couple of characters in the Johnsonville team and it didn’t take much for them to twist my arm.”

On Saturday, resurgent Johnsonville toppled Marist St Pat’s 36-33 to earn their third win in eight rounds of the Swindale Shield.

It’s the first time since 2005 the Hawks have won more than three games in the Swindale Shield. They hadn’t beaten the scarlets since 1998. Furthermore Johnsonville finished the game with two 18-year old’s, Junior Meafoou and EJ Roebeck.

“It was a fantastic win for us, our third in the first-round which shows we are building each week,” Green said.

“We put on a second-half display after being down a bit. We were confident we could win at halftime after some nice moments in the first-half but mistakes and a high penalty count hurt us.

“The red card [early in the second half] to MSP was a big moment and some of our boys were disappointed with that because we felt it was harsh, but I think going into the wind in the first-half was a good call. When we started to breach them a bit our confidence grew.”

Johnsonville scored 29 points in the second-spell. First-five Levi Grace, celebrating his 50th match, was a commanding presence. Centre Aukuso Tuitama was damaging and scored a try as did eclectic wing Marzy Karim. Andrew Wells scored a gallant hat-trick for MSP, but the Hawks’ improved fitness and free-wheeling approach makes them a much tougher prospect than usual in 2022.

“My debut for Johnsonville was against the Jubilee champs Tawa in Round 3 and that was ghastly. Some of the boys had been training since November and I’d rocked up after a lazy summer,” Green laughed.

“I think the biggest difference between OBU and Johnsonville is the greater freedom you have to express yourself at Johnsonville. OBU is a club that will always have a special place in my heart. The players were phenomenal and the coaches very technical and tactical, but sometimes I felt a little contained. There was always so much to take in.”

Green has been unrestrained at Johnsonville. He scored a try in the 50-12 account of Avalon in Round 4 and his double against Upper Hutt in Round 5 salvaged a 21-21 draw.

Green latches on to a break in the build-up to the first try against Avalon in rou and later scores one himself.

Second-five Oliver Paotonu is another player with an OBU connection. Green and Paotonu are flatmates who share a tight bond.

“I’ve been playing rugby with Ollie since I was 14. Our dads coached together at Wellington College and now Ollie’s dad Dallas is Johnsonville coach. It’s pretty special how rugby builds those friendships.”

The Green family had never been to New Zealand until Sam was 10. He was born in Northampton, England, the son of school teachers Colin and Michelle.

He was inspired to play rugby after watching future All Black Lima Sopoaga dominate the 2009 Premier I final for Wellington College against St Patrick’s College, Silverstream. His older brother Jack played for the Wellington College First XV with Wes Goosen and Nelson Asofa-Solomona. Jack was a hearty centre for the Billy Goats.

Sam helped Wellington College win their last Premier I championship in 2016. They were unbeaten at home and knocked over St Patrick’s College, Wellington 12-9 in the final with Reece Plumtree kicking four penalties. Sam has just finished a building apprenticeship.

Solomon a pillar of strength for WC