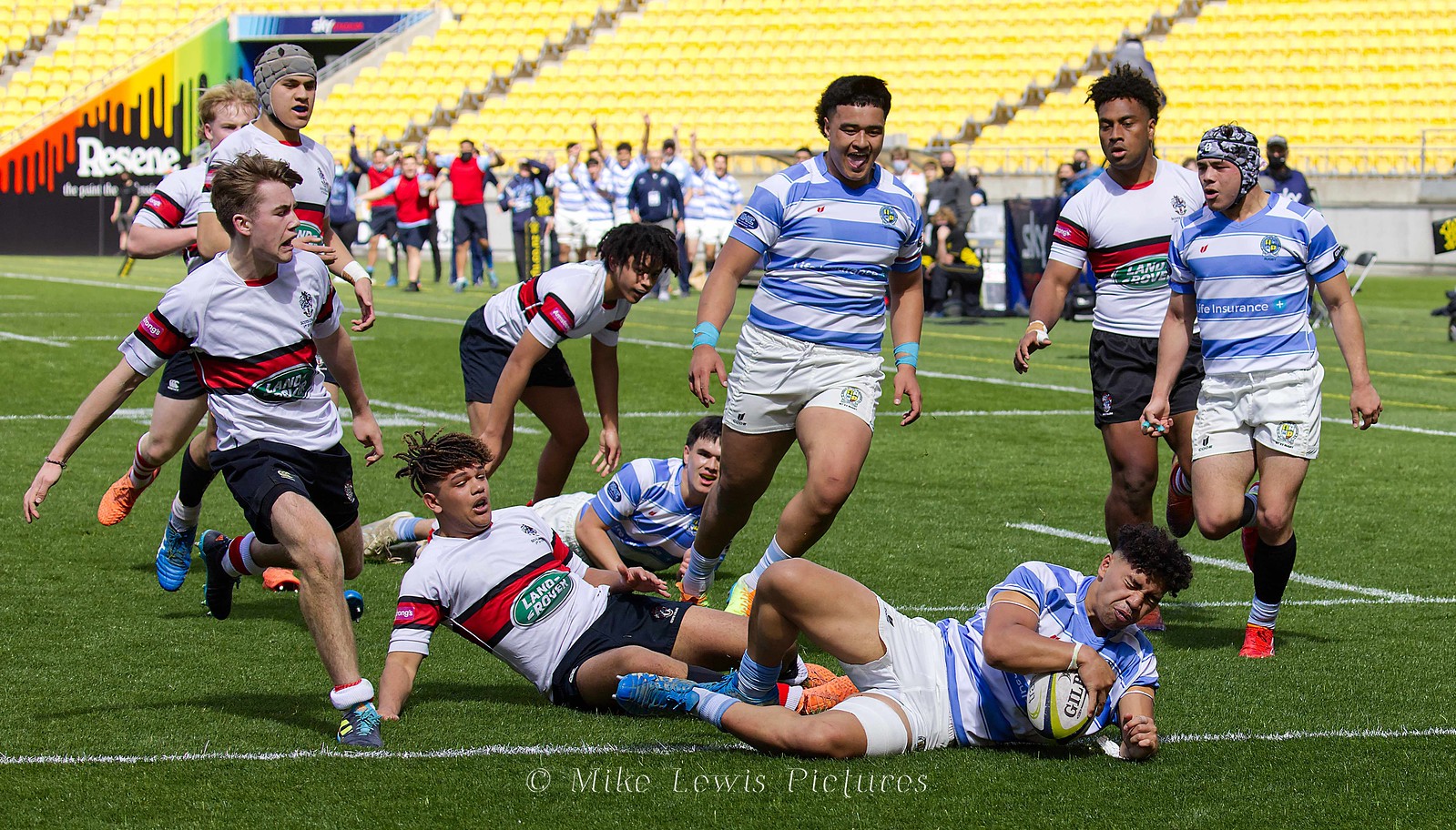 In the past five years St Patrick’s College, Silverstream and Scots College are the only teams to have won the Premiership final. If the 2021 decider is anything to go by it’s little wonder why. A breathtaking spectacle resulted in a 36-36 draw and a shared championship.

Since 2012 Scots have won 77 of 95 Premiership fixtures with all three of their final successes over Silverstream who are 76-16-1 in the same period. Thirteen of the last 16 games between the schools have been decided by less than a converted try with Silverstream holding a 9-7 advantage.

Silverstream had 10 teams in 2021 and won three grades, the best performance of any school in the region. To solidify their strength Tim Mannix, First XV coach since 2016, moves into a newly created Director of Rugby role overseeing the health of the entire program. Assistant coach Mitchell Forbes steps into the head position. He played 200 premier games with the likes of Dave Rennie and the Waldrom brothers for Upper Hutt, Avalon and Hutt Old Boys Marist. Three sons Liam, Riley and Lachie played for the Silverstream First XV.

Eight forwards and three backs have returned from the wider squad last year suggesting a strong early foundation. Prop Senio Sanele and Braydon Soi are among the forward leaders. Maui Winitana-Patelesio will be expected to step up at first-five.

Scots might appear even more settled than Silverstream though they were beaten in both Traznit Festival games. The entire backline returns and the forward pack boasts size and athleticism. Second-five Ietitaia Campbell and flanker Tana Maene-Lokeni are in their fourth year. Campbell with his bulk and booming right boot could nudge the New Zealand Schools.’ Wellington Under 16 representatives Sione Latu (lock/flanker) and Andre Debriacher (outside back) are eye-catching prospects.

Inexplicably Wellington College missed the semis in 2019 and 2020. Last year under the guidance of 43-test All Black Neemia Tialata an experienced cohort missed the final by a point. The forward pack won’t enjoy the same size but Tialata won’t tolerate a lack of heart.

When St Pat’s Silverstream beat Wellington College with the last play of the game in last year’s semi-final.

“I really enjoyed coaching for the first time.  It was a huge challenge to put systems in place that allowed the boys to express themselves, but their attitude was outstanding,”  Tialata said.

“As an old boy of Wellington College I appreciate the history of the school and want the boys to do the best in everything they do.”

First-five Stanley Solomon dazzled in 2021 and will drive a backline that includes halfback Devon Sopoaga (cousin of Lima) and centre Jacob Kennedy. Hooker Jarvis Leaupepe-Mailei was a Wellington Under-16 rep.

Wellington College were beaten by Gisborne BHS (33-24) and Napier BHS (52-7) in the Tranzit Festival.

With most of the forwards returning, Town have the team on paper to deliver the goods. Salesa Seumanufagai is a quality tight forward while Jeremiah Collins and Jordan Chapman provide edge in the loose. The backline will take time to shape but the versatile and elusive Francis Mettrick is a potential match winner.

Town’s pre-season form has been dire with three losses by more than 40 points. It should be noted however St Bede’s College who inflicted one of those heavy defeats upon Town are one of the leading contenders in the Miles Toyota Championship in Canterbury. On Saturday they beat the finalists Christ’s College 22-15 – the same score they pipped St Pats Silverstream by in an annual traditional fixture

Who is likely to challenge the established pecking order?

Rongotai College was fifth last year but with 14 players back will have greater maturity. The forwards will be closely mentioned by Fale Seve who helped Rongotai to the National Top Four when he was in the team in 1996. In the backs first-five Afa Fa’avae will dictate terms beside his brothers Heli and Hetu.

“We have increased player numbers and now have a motivated group of boys who are determined to compete with the bigger schools, ” Sharland said.

“The challenge small schools have is the lack of depth but the returning group from last year will provide a combination of exceptional talent and calm heads. The new group brings enthusiasm and talent but will require some time to adjust to the rigours of 1st XV Rugby.”

Centre Sione Baker was a prolific try scorer in 2021 and his acceleration and timing on attack presents a major threat. Javarn Waters is a powerful number eight who’ll bring ample physicality and energy.

Mana’s performances in grading were indifferent. They made a powerful start slaying Porirua College 65-0, the biggest win in any grading fixture. The following Saturday however, they went down 10-21 to St Bernard’s College.

St Bernard’s College are coached by Hutt Old Boys Marist stalwarts Dan Olive and Nick Risdon. St Bernard’s played just one game to reconfirm their Premier I status. Upper Hutt College didn’t front in the first round while the aforementioned win against Mana was hugely encouraging. Andy Soanai is a strong attacking flanker, picked for the Wellington Under 16’s last year. Year 11 Isaac McGuinness is another player to watch. The lock tackles all day and has a background of success in waterpolo. In the backs Dominic Ernst is part Chilean and brings real pace and flair to the roster.Tamihana Ranginui will perform the goal-kicking duties and cast an anchor in midfield.

Former Wellington lock Richard Devery spearheads Hutt International Boys’ High School (HIBS), supported by Alan Tetevano and Scott Ashton. HIBS won through to Premier I with a 27-13 victory over Bishop Viard College, bouncing back from a tight tussle with Rongotai. In the first round HIBS accounted for Aotea College 43-10. Loose forward and centre Tom Floyd Rose are two eye-catching players. HIBS had a last-minute victory over Rathkeale College in an annual traditional fixture on Tuesday.

Wairarapa College is back in Premier I after a season in the second division. A talented and eager group has size and depth in the pack and showed resilience in grading after an initial loss to Rongotai to trounce Aotea College (64-8) and Naenae College (70-7). The team is led by centre Honor Mita who has formed a sound partnership with Zinny Harmon– Hammond.Halfback Le’Sharn Reiri-Paku plays with heart and enger while Max Donaldson is a typically rugged Wairarapa loose forward. Manu Lio, Joseph Hall and  Lipa Lam were the front row that helped overwhelm Naenae. Wairarapa are coached by Jonathan Tanner and Robbie Anderson.