Skip to content
You are here
Home > Hurricanes > Aisle be Back: Hurricanes v Rebels 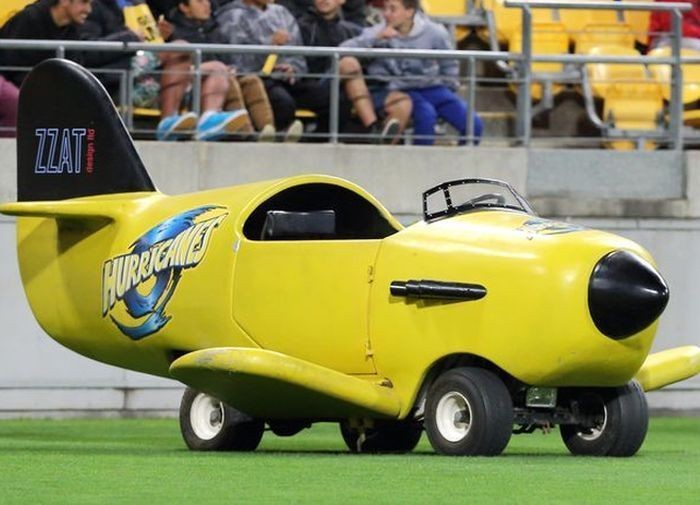 The Hurricanes are awaiting clearance for lift-off when they host the Rebels this Saturday at Wellington Stadium, kick-off 7.05pm.

I’m surprised the Wellington region’s infamous water piping didn’t explode on Saturday night at halftime. The collective dunny flushing from fans would have been spectacular.

Did the trick though. You could say the quarter-final run-ins as far as the Canes and their closest rivals the Chiefs are concerned was decided by a couple of props. One was rookie Ollie Norris of the Chiefs who crashed over in the last minute to get them a win against the Rebels.

And the other prop was gnarly veteran Owen Franks of course. Didn’t score a try, didn’t seagull in midfield. Just scrummed. The Hurricanes pack had spent the entire opening 30 minutes being shunted around and penalised off the park – leaving the side just hanging on most of the time and unable to generate anything.  With the opening front-row hooked – and nothing says angry like a hooked front row after 30 minutes – the transformation turned the game totally around.

If you are on the Hurricanes Facebook fans page – and you should be, it’s largely muppet free – there was a good link to another social media posting on Reddit by someone who seemed to know his way around the scrums. Long story short, he analysed why the Waratahs had the first half edge, why it wasn’t the fault of the opening props, and why Franks was so effective at stemming the tide.  Even shorter take, the ref was out of his depth. Worth a read, see if you agree.

The respective results mean there are three teams vying for a home quarterfinal, the fourth spot. The Canes, Chiefs and Waratahs, and whether they can all nail two wins from two.

All due respect to the Waratahs, but they aren’t going to beat both the Blues and the Highlanders. Unless the Blues have a lock on first spot and decide to rest some first liners.

The Chiefs should be able to dispose of the Force in the Tron, and then – although it’s a bit of a banana skin potentially – the Fijian Drua in Suva. But the Chiefs have been showing signs of fatigue and have been hit with Covid disruptions this week. A two from two is not assured.

With the aftermath of a decent southerly likely to still be around the Stadium on Saturday evening, the Rebels should be there for the taking by the Canes – although probably not as easily as you might imagine.

Then it will be down to winning in Perth against the Force. Both teams will be travelling back the same distance. But the Force will be turning around from just a five-day gap from having played their catchup game on the Tuesday against Moana Pasifika.

Give the Canes can depart New Zealand several days earlier than that after Saturday’s match, it really should be in their power to end with a win and make it two from two.

I do think Saturday’s heartstopper against the Tahs saw another, small chapter written in the legend of Ardie Savea. With the forwards hammering away at the line, the skipper is down, maybe out, about 10 metres back. Next moment he’s jackhammering his way across the line as only he could do.

I can’t work out from the video how he gets there. Possibly some superpower yet to be unravelled by science.

And a big shout out to our Aussie mates for being enthusiastic about Super rugby and turning out to fill out the admittedly not huge Leichardt Oval.  Their commentators are always up for talking things up too, which is mostly refreshing, occasionally grating.

It is a nice change from the doom and gloom trotted out by some over here.

Aisle be Back: Hurricanes v Crusaders